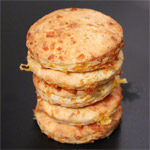 (12 servings)    Printable Version
This recipe was a huge disappointment. The biscuits turned out flat and they got quite hard within an hour after baking. Instead of this recipe, I suggest you try either Buttermilk Biscuits (without cheese) or Ham & Cheese Baked-In Biscuits. In this recipe's (and its submitter's) defense, the Bisquick I used was a couple months old and the leavening component may have lost its get-up-and-go, but I had success with the same box just one week earlier. While I appreciate every recipe submission, I have to tell it like it is... these biscuits sucked. (This recipe was submitted in 2010. It was tested and photographed in October 2015.) 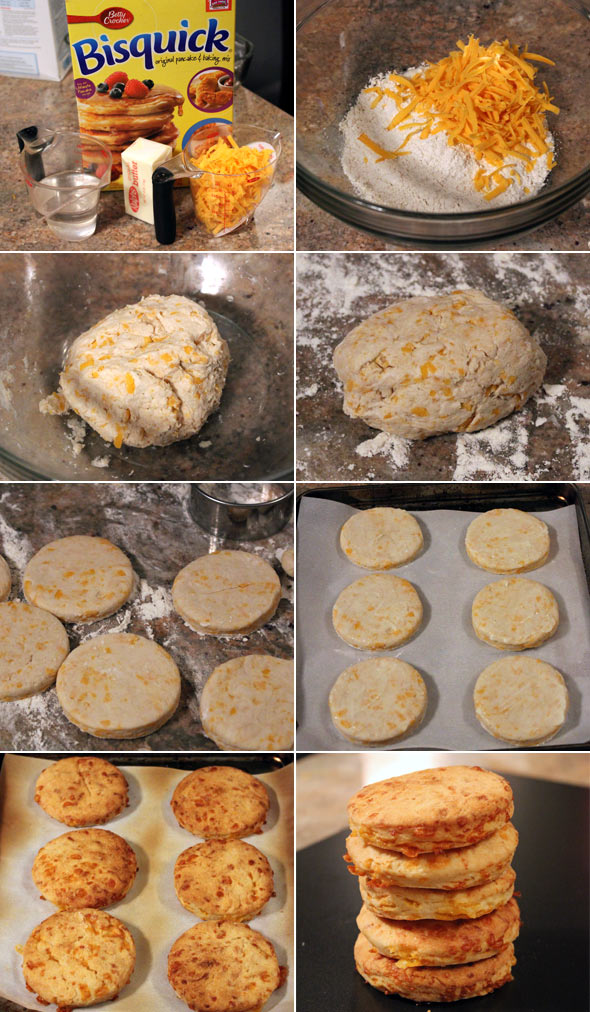 In a large bowl, combine the baking mix, cheese and water. Mix with a fork until you get a thick doughy consistency.

Turn the dough out onto a lightly floured flat surface. Roll the dough with a rolling pin to about a 1/2-inch thickness.

Cut out individual biscuits with a biscuit cutter or the mouth of a small glass. Gather remaining scraps of dough into a ball and roll again to get another biscuit or two if possible.

Place biscuits on a baking sheets coated lightly with cooking spray. Brush to top of each biscuit with melted butter and sprinkle a dash of salt over each. 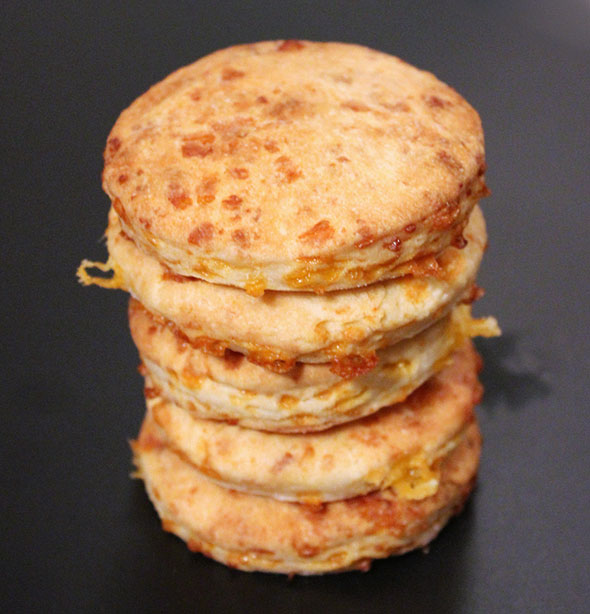 If you don't have Bisquick you can replace it with 2 cups all-purpose flour, 3 teaspoons baking powder, 3/4 teaspoon salt and 2 Tablespoons oil or melted butter.

Mr Breakfast would like to thank tanei for this recipe.


Comments About This Recipe
What do you think of Cheddar Cheese Bisquick Biscuits?
There are no comments yet for this recipe. Be the first! Was it good? Was it bad? Did you make it better somehow? Let the world know!