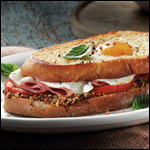 Toast 4 of the bread slices. Spread with mustard, top with tomatoes, ham and mozzarella slices. Set aside.

Cut out a circle from the center of each of the 4 remaining bread slices. Heat olive oil in a skillet and brown each slice on both sides. Crack one egg into the center of each slice. Cook 2-3 minutes. Season with salt & pepper. Place each egg slice on top of one of the ham and mozzarella slices.

Bake in oven for 10 minutes or until cheese is melted. Garnish with fresh basil. 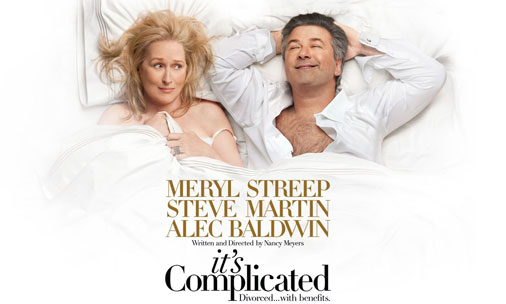 For more recipes from the film, visit the "It's Complicated" official Facebook page.

This recipe was featured in the movie "It's Complicated" starring Meryl Streep, Steve Martin and Alec Baldwin.


Comments About This Recipe
What do you think of Maille Croque Monsieur?
Overall Average Rating = 5 (out of 5)
Based on 2 votes.

From Contessa K.
I liked it!

It's a croque madame with egg, and its a French.

From cookie
What a great idea. I love egg in the hole (just egg in toast). The idea to make a sandwich out of it is brilliant.