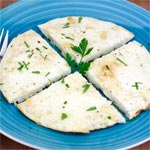 (4 servings)    Printable Version
This is one of the easiest frittata recipes I've made. The ingredients are simple, but it come out tasting rather elegant. I'd recommend this recipe for a brunch where you want to impress but don't have a lot of time. I actually changed the recipe a bit to make it more healthy and to serve two people. You can see my changes below in the cooking notes. If I were to make any more changes, it would be to stir a teaspoon of fresh herbs (maybe cilantro or basil) into the beaten egg. The parsley garnish made a big impression on the overall flavor and I was wishing there was more of it. (Recipe submitted in 2009. Tested and photographed in September 2013.) 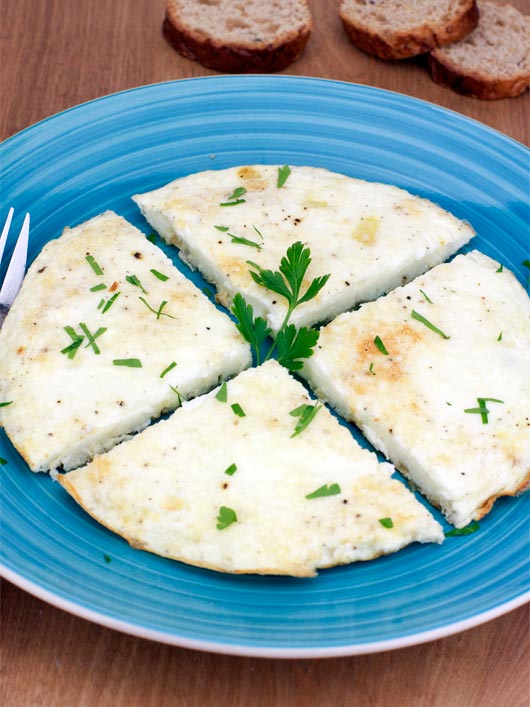 How To Make An Easy Parmesan Frittata

In a large bowl, beat the eggs with the cheese and salt and pepper. Set aside.

In an OVEN-PROOF skillet over medium heat, saute the onion until softened and slightly browned - stirring often.

Pour the egg mixture over the onions in the skillet and cook on the stove top for about 7 minutes until the edges start to brown and the center is still runny.

Transfer skillet to the preheated oven and bake for 4 or 5 minutes or until it's completely set and browned on top.

Remove from oven. Turn frittata out onto a platter. Garnish with parsley. Slice into wedges and serve.

For the frittata in the pictures, I used 5 egg whites in place of the whole eggs. I cut the amount of all other ingredients in half and used an 8-inch oven-proof skillet to cook it.

This recipe is ripe for experimentation. Try replacing the cheese with any favorite grated cheese. When you saute the onion, consider throwing a couple sliced mushrooms or other vegetable in the pan. Just keep the amount to about 2 or 3 Tablespoons. 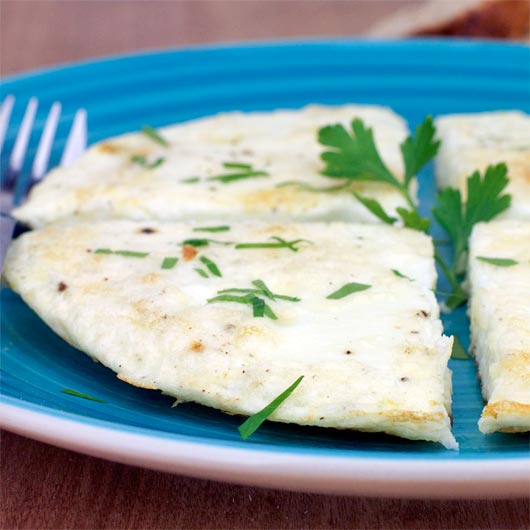 A simple, basic frittata recipe that's fun to experiment with. Try adding chopped peppers with, or instead of, the onions.

Mr Breakfast would like to thank Corrinie for this recipe.


Comments About This Recipe
What do you think of Easy Parmesan Frittata?
Overall Average Rating = 5 (out of 5)
Based on 2 votes.

From BarbraWV
Tina's idea of topping this was some marina sauce was amazing. It was the best part of the frittata. It was nice on it's own, but the sauce made it special. Glad I read the comments.

From TinaNY (Team Breakfast Member)
Love it - we topped it with some warm marinara sauce - just stuff from a jar - very good. I have a happy husband.