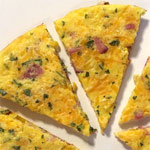 (4 servings)    Printable Version
This is the first frittata recipe I've encountered that instructs you to cook the frittata, covered over low heat, for an extended amount of time - about 15 minutes. I was anxious to see if it would work. Good news! It worked very well. I thought the flavors blended together great. It had a nice balance where no one ingredient dominated. I liked the hint of freshness that you get from the parsley. I also enjoyed wedges of this frittata later in the day at room temperature, European-style. All in all, I liked this one quite a bit and wouldn't hesitate to make it again. (This recipe was submitted in 2009. It was tested and photographed in April 2017.) 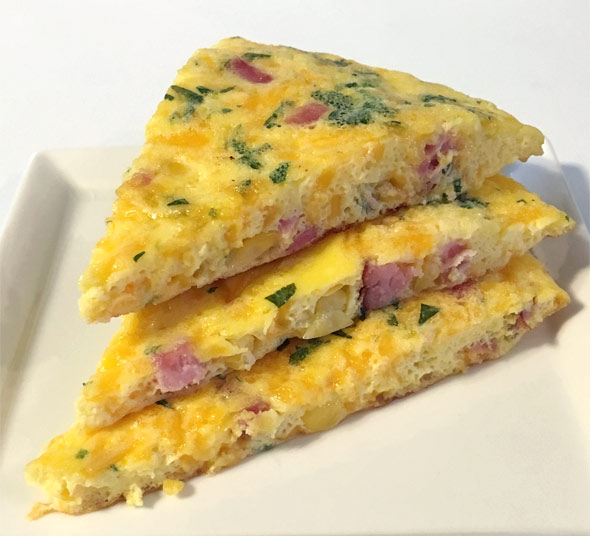 How To Make A Ham & Corn Frittata

In a large bowl, combine all ingredients and whisk to blend.

Pour mixture into the skillet. Cover and let cook for 14 to 17 minutes or until the eggs are set in the center.

Invert the frittata onto a serving platter. Cut into wedges and serve. 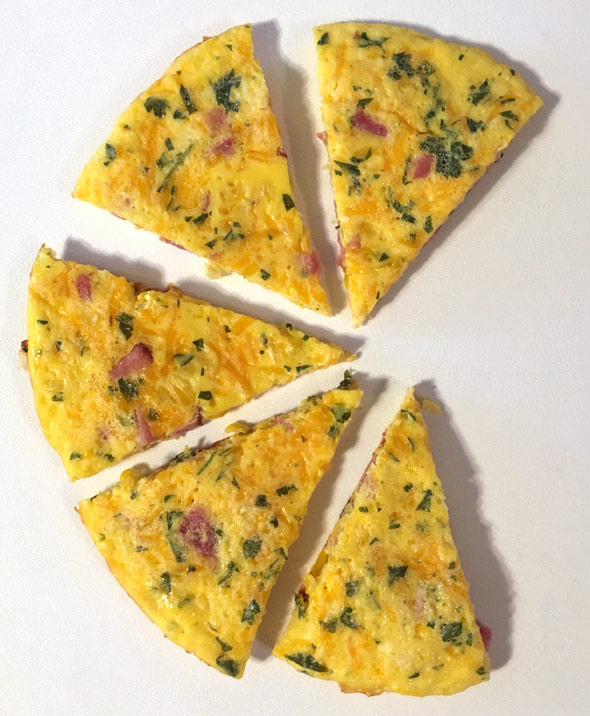 For my low heat, I used my stovetop's setting of 3 out 7.

While the frittata was totally cooked at 15 minutes, I did place my pan under the broiler for 2 minutes to get a little more browning to the color.

Where the recipe gives the choice between provolone or Cheddar cheese, I went for Cheddar because that's what I had around. 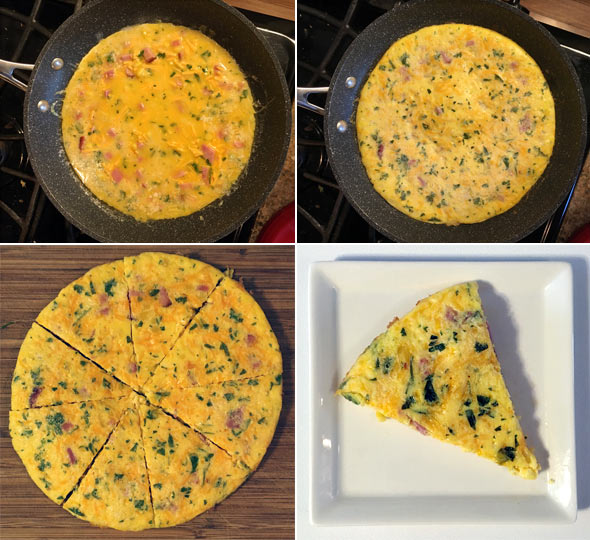 Try replacing the cubed ham with crumbled sausage for a tasty variation.

Mr Breakfast would like to thank Mike in KY for this recipe.


Comments About This Recipe
What do you think of Ham & Corn Frittata?
There are no comments yet for this recipe. Be the first! Was it good? Was it bad? Did you make it better somehow? Let the world know!