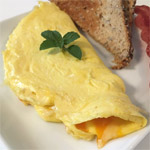 (1 serving)    Printable Version
Bottom line is that I really liked this omelet. I like horseradish in cocktail sauce when I'm eating shrimp or crab cakes, but my experience with it didn't go far beyond that. So I was leery about how would taste in an omelet. It added an interesting flavor element without detracting from the other flavors. The effect was more tangy than spicy. The thing I liked best about this omelet was that it was crazy cheesy. I might forego the Parmesan for additional Cheddar next time, but that's the only change I would make. If you like horseradish or are just interested in trying something a bit new, I'd give this one a shot. (This recipe was submitted in 2009. It was tested and photographed in May 2017.) 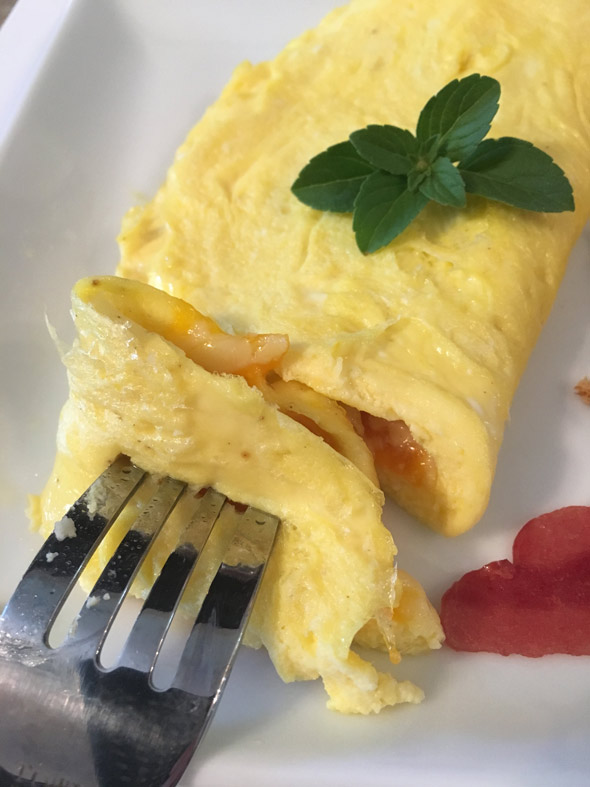 How To Make A Three Cheese Horseradish Omelet

In a medium mixing bowl, beat the eggs with the milk and seasoning blend. Let mixture set two or three minutes for the froth to subside.

Pour the eggs into a lightly-greased large skillet over medium-high heat. As the egg begins to set, lift the edges with a spatula so uncooked egg flows beneath.

When the egg is nearly set, flip the unfolded omelet over. Spread horseradish over the cooked side. Sprinkle the cheeses over one side of the omelet. Fold the omelet in half. Turn off the heat and cook for one more minute until the cheeses have melted.

Transfer the omelet to plate and enjoy! This recipe makes one large serving. 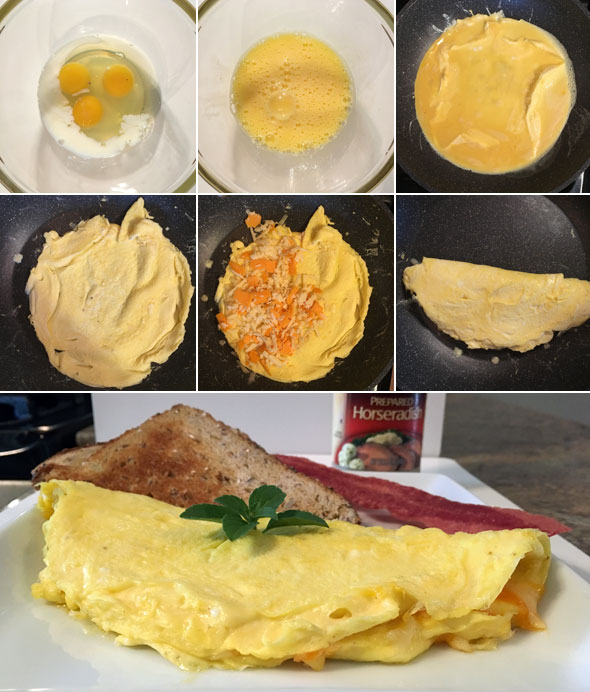 I mixed my horseradish with 1 teaspoon milk, so that it would be super spreadable.

I used 1/2 teaspoon of Lowery’s seasoning salt in place of the Mrs. Dash seasoning blend. 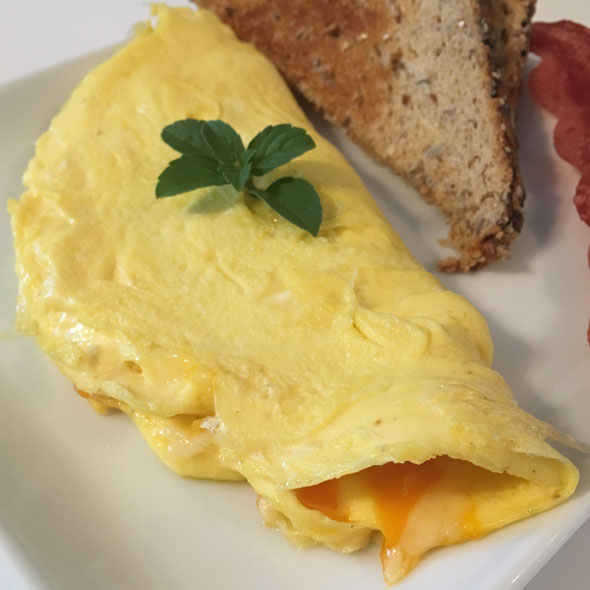 If you're a fan of horseradish, you just might like the nice kick it can add to an omelet. You can use a half cup of of your favorite cheese instead of the blend if you prefer that.

Mr Breakfast would like to thank KingCurwood for this recipe.


Comments About This Recipe
What do you think of Three Cheese Horseradish Omelet?
There are no comments yet for this recipe. Be the first! Was it good? Was it bad? Did you make it better somehow? Let the world know!