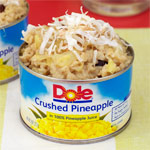 (4 servings)    Printable Version
This oatmeal is fun. It has a tropical flavor that you can't find in packets from the store. I would strongly advise that you toast your shredded coconut before using it. It not only brings out the flavor, but it also works better in the oatmeal because when it's not toasted it can have a stringy texture. The raisins are optional. But even those seemed to take on an island feeling when mixed with pineapple and coconut. Overall: Loved it! (This recipe was submitted in 2008. It was tested and photographed in February 2014.) 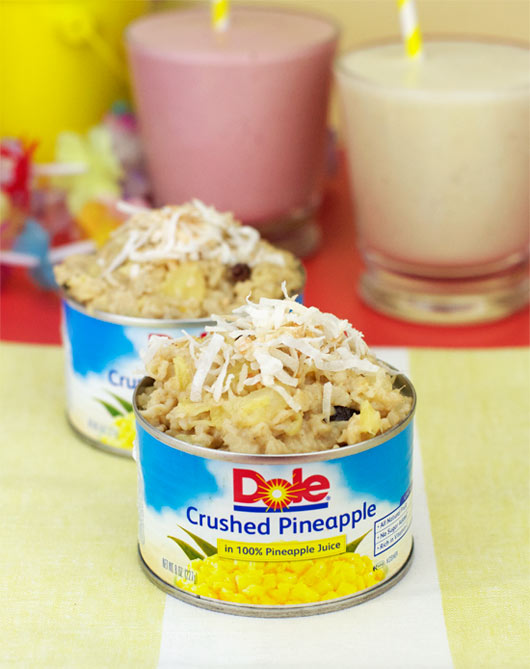 How To Make Pineapple Coconut Oatmeal

In a deep microwave safe bowl, combine water, coconut milk and the juice from the crushed pineapple can. Microwave on high about 3 minutes or until boiling.

Stir in the pineapple pieces, brown sugar, vanilla, cinnamon and 1/2 of the shredded coconut. Microwave on high for 30 to 60 seconds or until mixture begins to thicken (2 minutes if using regular oats). Cover and let stand a few minutes before serving.

Garnish each serving with remaining shredded coconut and optional raisins. 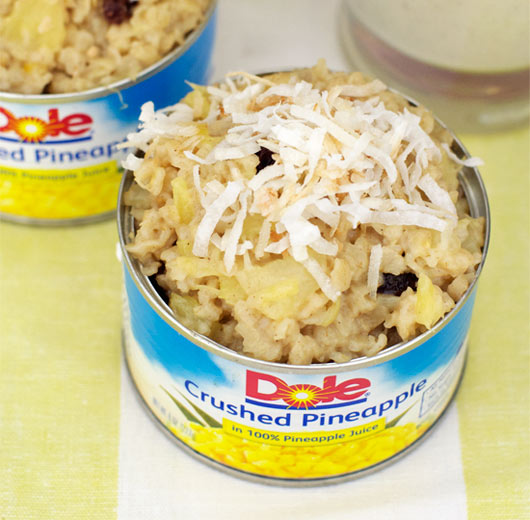 For best results, use toasted coconut. You can toast your own by putting the coconut in a frying pan over medium heat. Cook - flipping and stirring often - until the coconut is lightly browned and fragrant.

This can also be cooked on the stove-top using a medium sauce pan; with the liquid brought to a boil, lower temp and simmer on low heat.

A microwave oatmeal recipe that takes less than 5 minutes to make. Loaded with the great tastes of pineapple, coconut and brown sugar.


Comments About This Recipe
What do you think of Pineapple Coconut Oatmeal?
Overall Average Rating = 4 (out of 5)
Based on 1 vote.