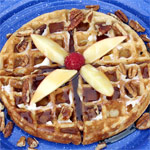 (3 servings)    Printable Version
The interesting thing about this recipe - compared to many other apple waffle recipes - is that is uses applesauce instead of chopped or grated apple. For that reason, the apple flavor is more subtle, providing more of a sweetness or apple essence as opposed to in-your-face apple flavor. To be honest, I would have preferred these with a little chopped apple thrown in the mix (maybe 1/2 cup folded into the final batter). But in the end, I did enjoy these very much - especially at lunch when I used leftovers for chicken & waffles. (This recipe was submitted in 2008. It was tested and photographed in December 2016.) 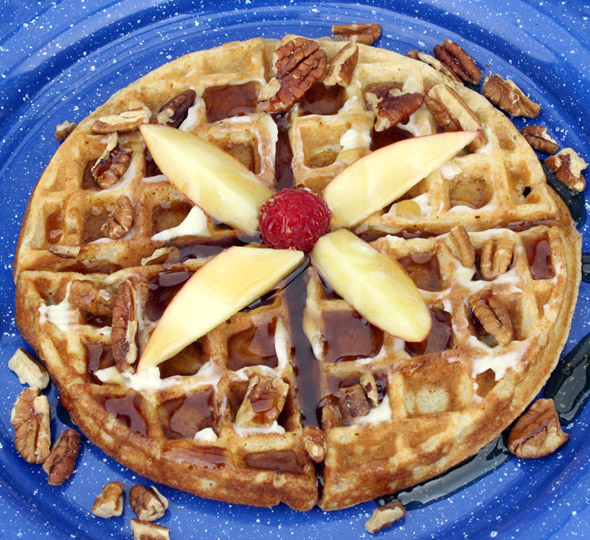 In a large bowl, mix together the flour, sugar, baking powder, salt and nutmeg.

In a separate glass or metal bowl, beat the eggs. Add the milk, applesauce and oil and mix well.

Add the wet ingredients to the dry ingredients and mix until just combined and moistened. Try not to over-mix or the waffle will have a tougher consistency.

Serve hot with a smear of butter and lots of maple syrup (or other favorite topping).

The batter makes 3 waffles on my standard waffle maker. 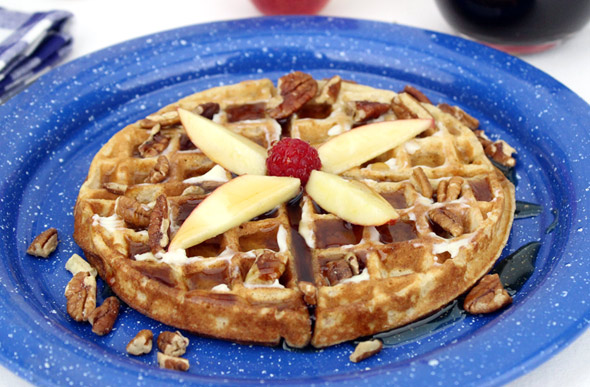 For my recipe test, I used half milk and half buttermilk. I used two 4-ounce containers of applesauce which came out to 3/4 cup. I also added 1/2 teaspoon cinnamon to the dry ingredients and 1 teaspoon vanilla to the wet ingredients. I was able to get five 6-inch waffles from the batter. 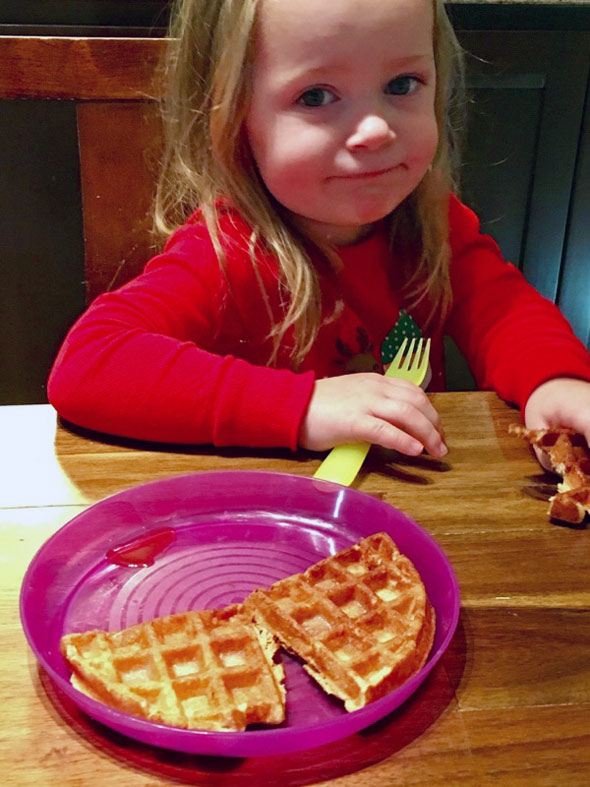 For a special apple experience, serve these waffles topped with warmed apple pie filling and a little whipped cream. I just made my mouth water.


Comments About This Recipe
What do you think of Whole Grain Apple Waffles?
There are no comments yet for this recipe. Be the first! Was it good? Was it bad? Did you make it better somehow? Let the world know!