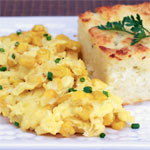 (6 servings)    Printable Version
If you like eggs and you like corn, I'd say there's a better than likely chance that you'll like this dish which is basically eggs and corn. I used frozen corn kernels for mine. I added them to the pan without thawing and they warmed up fine with no excess water. I garnished the finished dish with chopped chives, which I recommend. At the very least, you need a little salt on each serving to bring the flavors together. The other dish shown in the pictures is Vegetarian Cheesy Baked Grits Casserole. (The recipe on this page was submitted in 2002. It was tested and photographed in April 2014.) 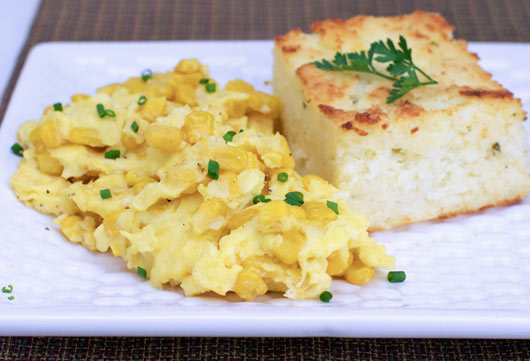 How To Make A Vegetarian Cheesy Baked Grits Casserole

Melt butter in a skillet. Add corn, heat until warm.

Mix eggs in a bowl, adding salt and pepper.

Pour eggs over the corn in the skillet and scramble with a fork. 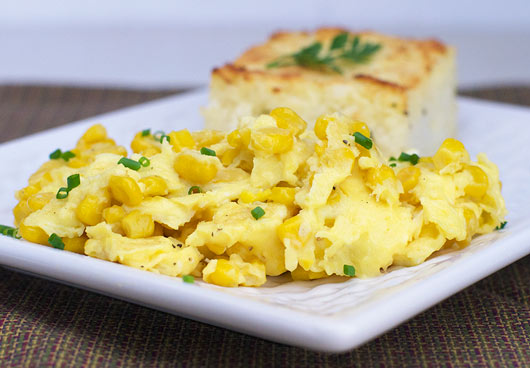 Mr Breakfast would like to thank scrambler for this recipe.


Comments About This Recipe
What do you think of Kentucky Scramble?
Overall Average Rating = 4 (out of 5)
Based on 2 votes.

From RayEllen
I added chopped bacon, cooked the corn and eggs in some of the fat and topped it with Monterey Jack cheese. We liked it.