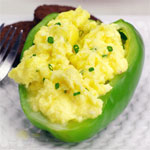 (3 servings)    Printable Version
This recipe produced very creamy, smooth scrambled eggs. The cottage cheese adds a lot of volume to the scramble, so it appeared that I'd used 6 eggs instead of just 3. I don't quite understand the use of dry milk. It didn't add anything to the flavor, so I'd advise using a 1/2 cup regular milk instead of the milk and water in the recipe. I served up my scramble in bell peppers. I cut the peppers in half, removed all the seeds and roasted the halves at 375 for 10 minutes until a bit softened. Final verdict: I liked these eggs, but I like eggs without cottage cheese a little bit better. (This recipe was submitted in 2002. It was tested and photographed in March 2014.) 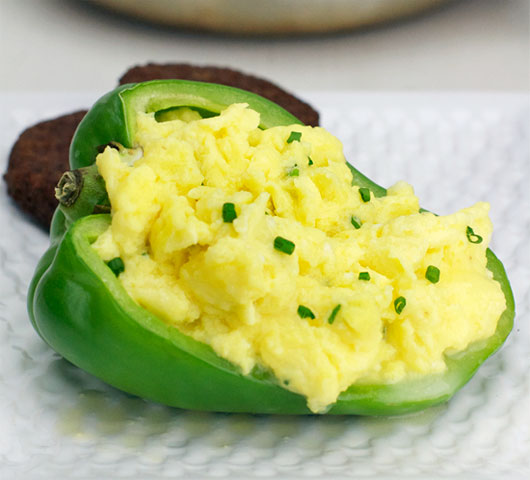 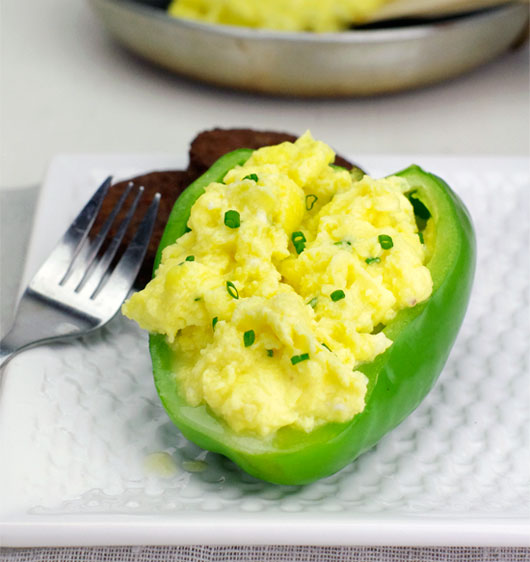 This scramble has a creamy taste and texture thanks to cottage cheese and dry powdered milk. The ingredients may seem unusual, but the end result is fantastic.


Comments About This Recipe
What do you think of Cottage Cheese Scramble?
Overall Average Rating = 4 (out of 5)
Based on 2 votes.

From outdoorsman
I used salt free cottage cheese, I brought these by accident and I noticed they are not as watery as the one with salt added. I used scallions in the place of chives and I added spinach. YUMM!!

From Advice
I, at first, thought this recipe was too watery during cooking which led me to cook it for a long time and it turned out rubbery. Ommiting the water didn't do it justice but straining the cottage cheese in a coffe filter worked wonders and the eggs were great. Also, a little less cottage cheese makes it a little less dense. The cottage cheese adds a protein kick that I like without adding too many calories. And very filling! I don't even need the toast!

What's up "Doc". Most of our recipes are user submitted, so many are missing that info. I'm working on getting more nutritional information. Please stay tuned.