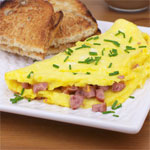 (1 serving)    Printable Version
For a quick omelette, I liked this quite a bit. I did adjust the the recipe as submitted just a tiny bit. Dried onion adds a lot of flavor, so I reduced that to 3/4 teaspoon (reflected above). Any more than that and the onion detracts from the other flavors. I've tried this recipe with both summer sausage and ready-cooked kielbasa. Both worked great. In both cases, it was even better when you warmed the meat by sauteing for just a couple minutes over medium heat - although that step isn't necessary since the meat is already cooked. (This recipe was submitted in 2006. It was tested and photographed in January 2014.) 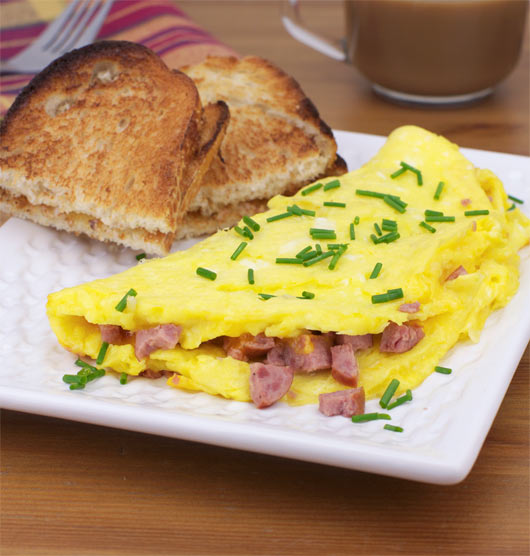 How To Make A Summer Sausage Cheddar Omelette

Beat the eggs until well combined and uniform in color. Stir in the dried onions if using.

Place a frying pan over medium heat and melt about 1 Tablespoon of butter - tilting pan so butter covers entire surface.

Pour beaten eggs into the pan - tilt pan to cover bottom of pan. Add salt and pepper to taste.

After 15 seconds, left edges of the omelette so uncooked egg flows beneath the cooked egg.

When omelette is almost fully set, add diced summer sausage and shredded cheese to one half of eggs. Using a spatula carefully cover filling with the other half of eggs. Now flip omelette to slightly brown the top side. 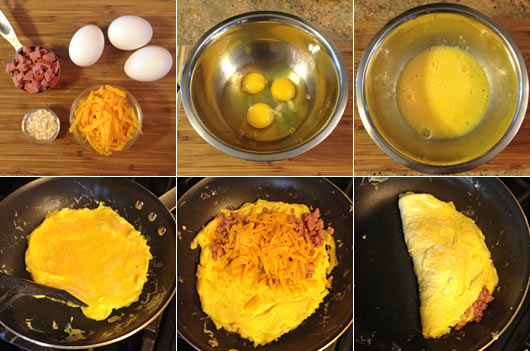 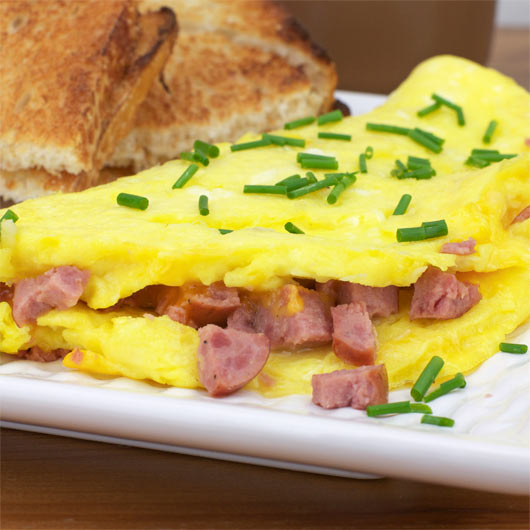 Recipe was invented on a Sunday morning after a search of my refrigerator came up with no ham or bacon for making omelettes.

Mr Breakfast would like to thank donnykc for this recipe.


Comments About This Recipe
What do you think of Summer Sausage Cheddar Omelette?
Overall Average Rating = 4 (out of 5)
Based on 1 vote.

From Hendrix
It's okay, but you have to dice up the the summer sausage quite small or else it's a little tough compared to the egg. Excellent flavor, though.