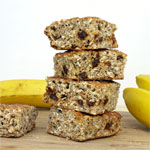 (12 servings)    Printable Version
I have to admit that when I first tried this I wasn't overly impressed. It sort of seemed like a dense piece of banana bread that you could carry around with you. What's so amazing about that? A couple hours after making them, I reread the recipe (as originally submitted) and warmed a bar in the microwave. Suddenly, it made sense. I became addicted to them over the next two days. Warming them in the microwave for 15 seconds and adding a smear of butter made them come alive. They still tasted like banana bread, but like really awesome banana bread. I'd like to thank 'CurtAndMary' for submitting this one. (Recipe tested and photographed: July 2013.) 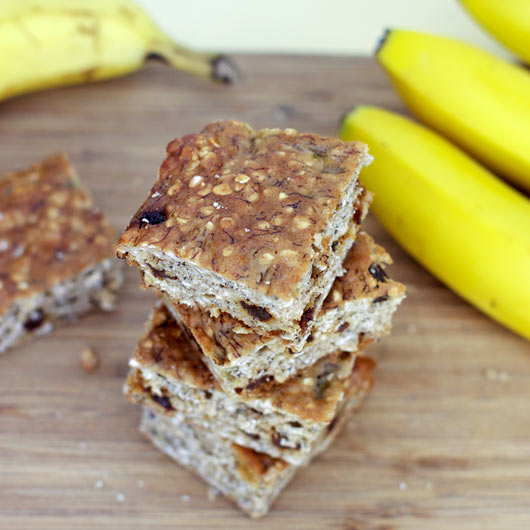 How To Make Banana Oat Bars

In separate bowl, beat together the banana, milk, eggs and vanilla.

Prepare a 9x13 inch or similar baking pan with a light coating of cooking spray. Spread batter evenly in pan.

Bake 35 to 40 minutes until golden brown.

Remove from oven. Allow to cool. Cut into squares and serve. 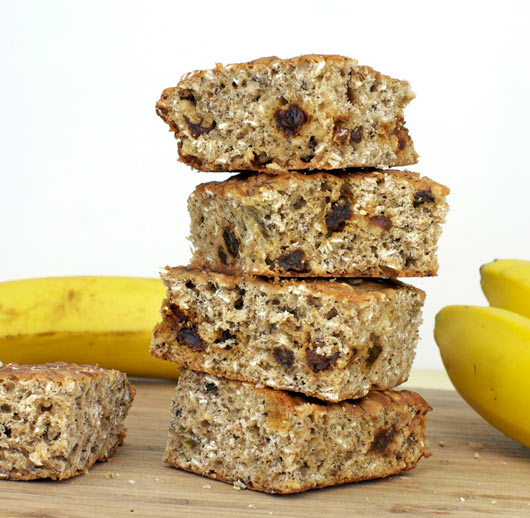 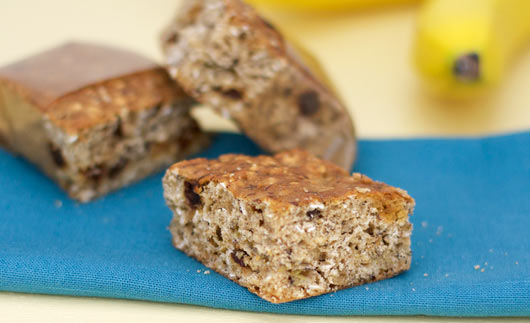 We love these warmed up just a little in the microwave.

Mr Breakfast would like to thank CurtAndMary for this recipe.


Comments About This Recipe
What do you think of Banana Oat Bars?
Overall Average Rating = 4 (out of 5)
Based on 4 votes.

From clipclop
Yum yum! These were great! I love your recipes! Thanks!

I replaced the white flour with whole wheat, and the egg with Egg Beaters and the sugar with Splenda - and it turned out delicious! I enjoyed it with some strawberry preserves spread over the top and a glass of milk. I also used a smaller pan.

From Nashta (Team Breakfast Member)
These were delicious! I made some modifications, though... ;) I used half whole wheat flour, dates instead of raisins, and reduced the sugar to 1/3 of a cup instead of half. These were very good - I keep some in the freezer so I can just heat and eat!

From Emjay
I make these all the time with a couple of modifications -- I substitute whole wheat flour for half of the white and use chopped walnuts instead of raisins. I also use a smaller pan, 8x8, so it comes out more like a cake than bars. Delicious!