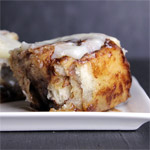 (9 servings)    Printable Version
This recipe worked very well. I made a double batch for Easter Brunch. While they're not as great as cinnamon rolls made from scratch (see recipe for Soft Cinnamon Rolls), they come a close second. While constructing the rolls, I worried that the ratio of cinnamon and sugar to dough might be too high. It was no problem. Any excess filling created a faint bottom layer of delicious, delightful goo. The cream cheese topping helped make these especially good. Bottom Line: They were easy to make and they tasted terrific. (This recipe was submitted in 2006. It was tested and photographed in March 2016.) 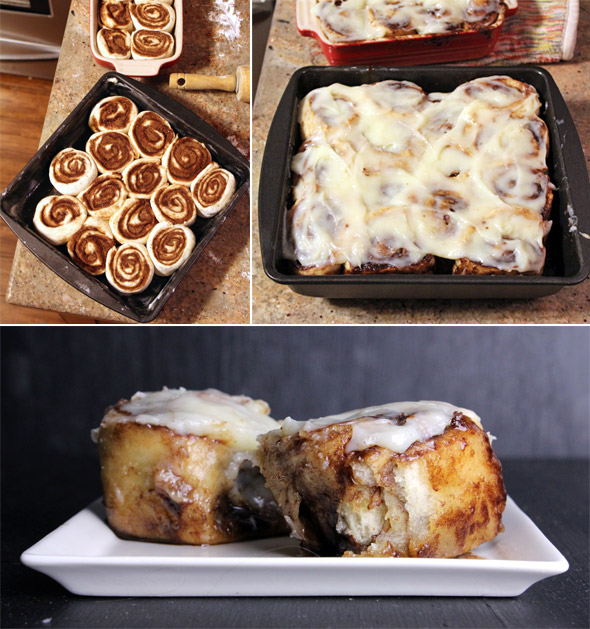 How To Make Pizza Dough Cinnabuns

Add mixture of cinnamon and brown sugar to the buttered dough.

Roll dough from bottom to top to a log and cut into one inch bun yield about 9 buns.

Put the buns on cookie baking tray with parchment paper, or a greased and floured cookie tray.

For extra calories, make a cream cheese topping and spread over each bun.

Mix all together and spread over each bun. 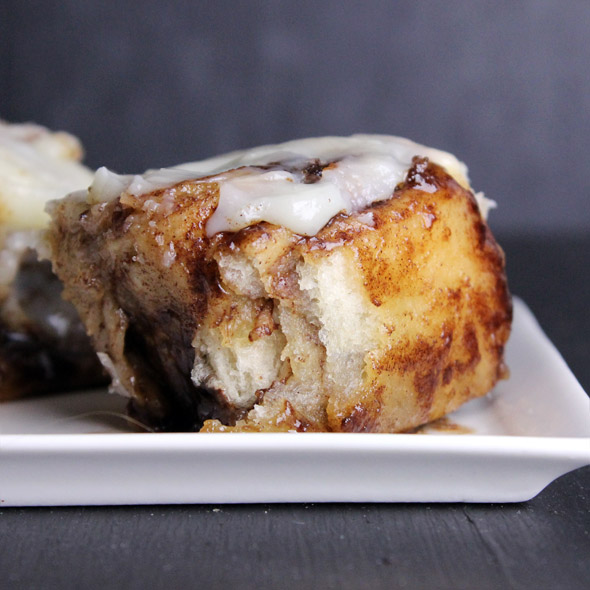 When rolling out the pizza dough, I found that either a 12 x 12-inch or 10 x 10 inch sheet of dough worked great as a blanket for the fillings.

My exact cooking time for the rolls you see here was 26 minutes.

I added about 1 Tablespoon of milk to the cream cheese topping to make it easier to spread. 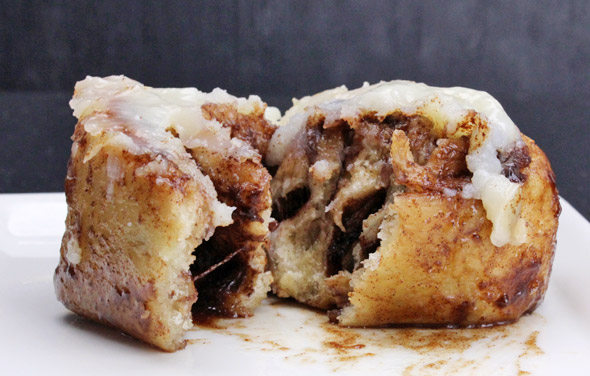 That dough they sell for pizza isn't just for pizza. With very little effort and only a couple extra ingredients, you can have homemade cinnamon rolls ready to eat in 25 minutes. Great for surprise guests.

Mr Breakfast would like to thank Becka520 for this recipe.


Comments About This Recipe
What do you think of Pizza Dough Cinnabuns?
Overall Average Rating = 5 (out of 5)
Based on 4 votes.

I'm imagining this is very good.

From addams
Quick and delish! I've made this many times.

From trolycar
Cheap, easy, yummy -- that's a perfect combination for breakfast for me.

From Love Buns
I love these!

From Me Likes
It is great with the cream cheese icing.