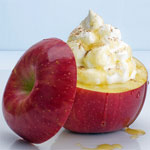 (1 serving)    Printable Version
This is an extremely easy way to take a regular 'ol apple and make it fun. In short, you chop up an apple and top it with tasty stuff. This recipe is so painfully easy, I questioned whether or not we should keep it in our recipe collection. It seemed like more of a tip. But as I tested it and tasted it, I had to admit that I loved the simplicity of it. Outside of a pie, muffin or fritter, I usually find apples kind of boring. This was not boring. It was delicious. (This recipe was submitted in 2005. It was tested and photographed in August 2014.) 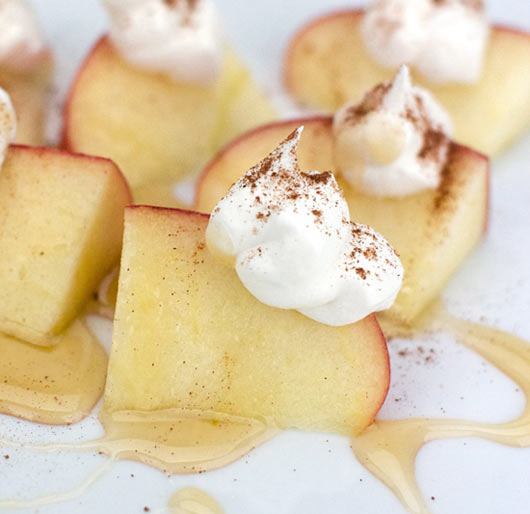 How To Make A Cinnamon & Honey Apple Breakfast Treat

Note From Recipe Submitter: The first time I made this it was for a healthy after-dinner snack, but I have eaten it for breakfast on many occasions since. (My brother always tries to steal it from me.) Also, this recipe is extremely easy, quick, healthy, and delicious. 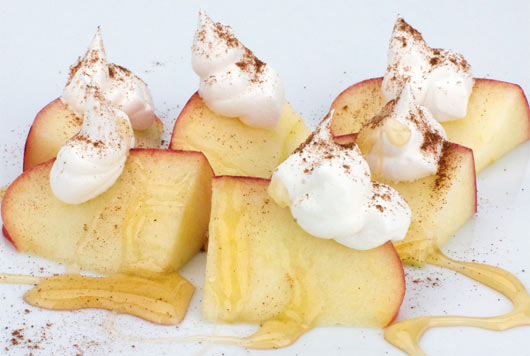 Alternate Presentation: In the photo below, I hollowed out an apple and filled it with chopped apple. Then, I topped it with lots of whipped cream, honey and cinnamon. 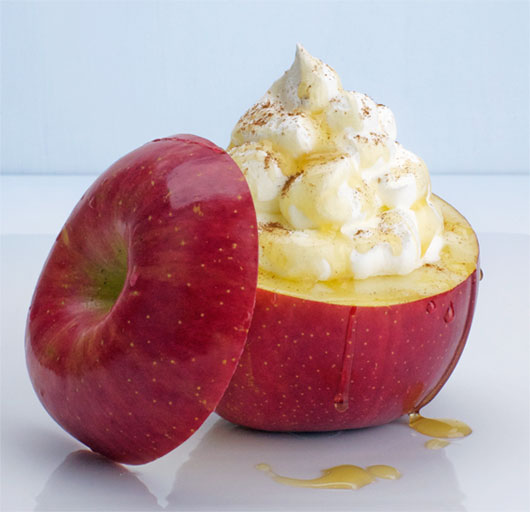 Apple quality is pivotal to this recipe. I have found fresh Golden Delicious apples to work best.

Mr Breakfast would like to thank brandonc204 for this recipe.


Comments About This Recipe
What do you think of Cinnamon & Honey Apple?
Overall Average Rating = 5 (out of 5)
Based on 3 votes.

From snugbug
Painfully simple, but my 4 year old loves it.

From Gerri FX
My kids like this as a snack.

From Heather E.
This is a breakfast item I eat regularly. It is so delicious! Only thing I do is I add a handful of walnut which I break up into smaller pieces!