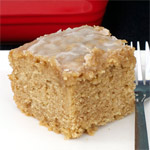 (10 servings)    Printable Version
A honey bun cake with no honey? That's what I asked when I tested this recipe. I decided to keep the recipe name because it does taste vaguely similar to commercial pastries known as Honey Buns. I struggled a little with this recipe but after some adjustments, it turned out ABSOLUTELY DELICIOUS. The recipe doesn't specify the size of the cake mix package. After testing, I've determined the submitter meant a 16 ounce box. I made mine with a 9 ounce (Jiffy brand) box and adjusted the recipe by adding 3/4 cup flour and 1 teaspoon of baking powder. You'll find that this cake tastes more like a dessert cake than a coffee cake. Regardless, it got fantastic reviews from everyone who I had sample it. (This recipe was submitted in 2004. It was tested and photographed in November 2014.) 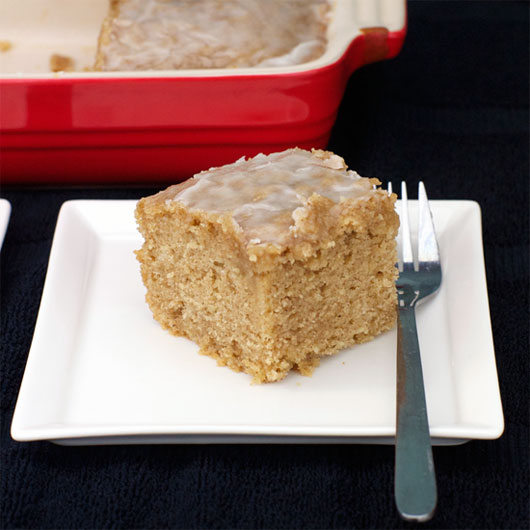 How To Make A Honey Bun Breakfast Cake 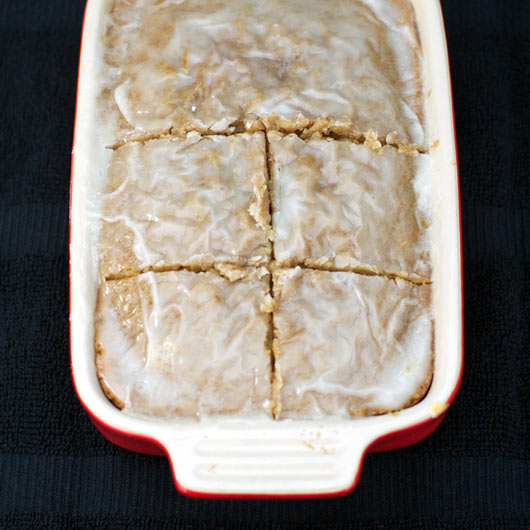 You can can use this recipe to make muffins. It makes about 11 of them with a cooking time of 25 to 30 minutes. 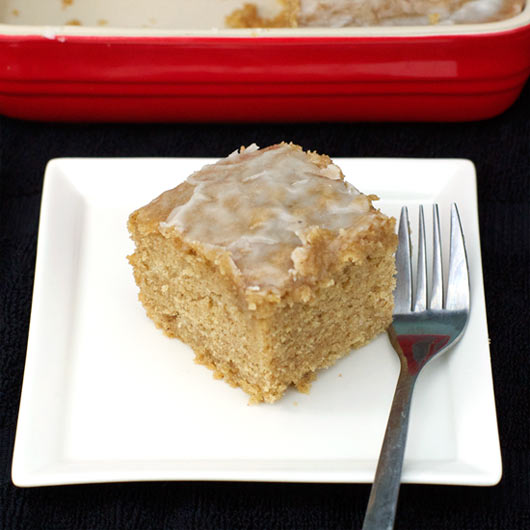 People have honey buns for breakfast. Why not honey bun cake? Includes additional recipe for a sweet vanilla glaze.

Mr Breakfast would like to thank dixie_tn1 for this recipe.


Comments About This Recipe
What do you think of Honey Bun Cake?
Overall Average Rating = 5 (out of 5)
Based on 5 votes.

Isn't it too sweet for breakfast??

From nursepirt (Team Breakfast Member)
This was a great recipe. My family loved it.

From EFNEPLadiesrgr
I usually pass on the sweets. My co-workers made this cake and I fell in love. They added (fresh squeezed lemon juice) to the glaze.

From bevyann
So easy and sooooo good!!!

From Great4Kids
I made this, for kids school party, and they can not believe how easy it was to make!!

From love to cook
The recipe... I use 1 cup chopped pecans mixed in the cinnamon and sugar. I have lost my recipe so I was glad to find this one. Thank you!