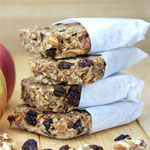 (6 servings)    Printable Version
There's something wonderfully simple about these bars. They're mostly comprised of oats and shredded apple, but they come out like chewy granola bars that taste like a mix between a cookie, homemade cereal and apple cinnamon oatmeal. I've made 2 adjustments (reflected above) to the recipe since it was submitted in 2004. For added flavor, I added 1/4 cup brown sugar and just 2 Tablespoons of melted butter. These are great for on-the-go or warmed in the microwave with a pat of softened butter. (This recipe was tested and photographed in May 2014.) 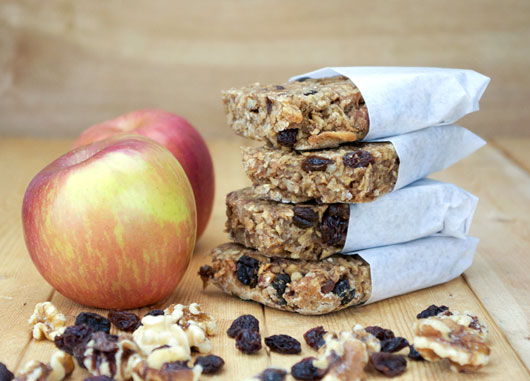 How To Make Apple Bars

In a large mixing bowl, stir ALL ingredients together. Let stand for 10 minutes.

Preheat oven to 350 degrees. Prepare an 8 x 8 baking dish with a coat of cooking spray.

Spread mixture into cooking pan. Cook for 30 to 35 minutes.

Cut into bars while still warm. 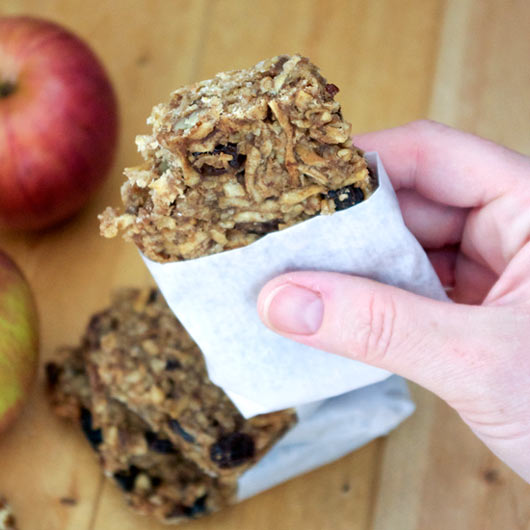 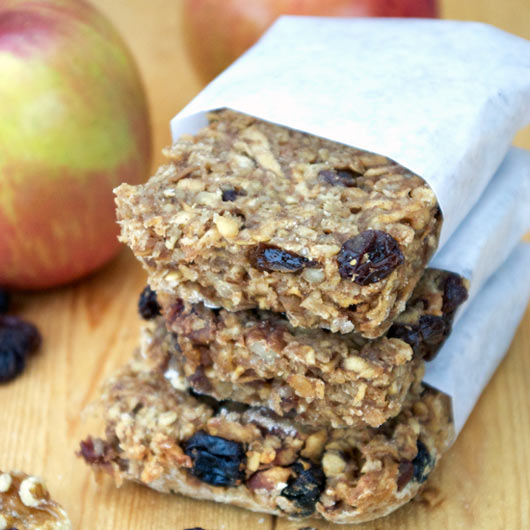 These are terrific served fresh and warm. You get the great taste of walnuts and dates in every bite.


Comments About This Recipe
What do you think of Apple Bars?
Overall Average Rating = 4 (out of 5)
Based on 5 votes.

From sally n.
Not bad. Not great. I added one large beaten egg so they would hold together better. The taste of fresh apple was good, but the bars were crumbly. I doubt I'd make them again.

Just wanted to let people know that it also works if you use 1 1/2 c applesauce in place of the grated apple and apple juice. I also added one egg. Then I added 15 minutes or so to the bake time. Delicious.

From Michelle
I added some sugar, cinnamon, nutmeg and added applesauce. Really good w/ the additions.

From Candie
Hubs and I love these! I used raisins instead of dates and added a 1/2 of a bananna (that was super ripe), plus some cinnamon. Great low sugar snack!

From Mike Tecmire (Team Breakfast Member)
I love this recipeee ooo yes i do!!!!

Fun Food Frenzy! Just did a recipe similar to this with nutmeg and cinnamon, maybe that will help. Keep in mind, we all tend to like our food too sweet.

Hi Michelle - Sorry you weren't too happy with this one. I'll try to contact the recipe submitter ("KennyRogers") and see if he made any inadvertent omissions. Speaking of the Kenny Rogers - what's up with that face lift? Anyhow... anyone have better luck with one? Spice suggestions?

From Michelle
My kids wouldn't even finish one of these. We thought they were rather tasteless. Maybe some cinnamon or other spices would help, but I probably won't make them again.