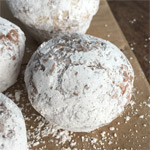 (15 servings)    Printable Version
This recipe was originally submitted under the name "Baked Walnut Doughnut Holes". I changed the name because walnuts are an optional ingredient. I made these as both donut holes and as mini-donuts. I sent them to my daughter's preschool and all the kids loved them. I liked them best immediately after the powdered sugar was applied. The sugar coating tends to fall off somewhat as the donuts are handled or transferred. But they still taste really good even if the sugar coating is minimal. (This recipe was submitted in 2003. It was tested and photographed in August 2017.) 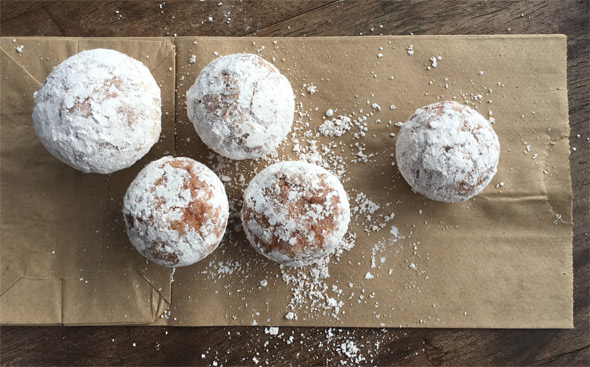 How To Make Baked Powdered Donuts

Prepare mini-muffin tin (makes about 24) with cooking spray and a light coating of flour.

In a small bowl, sift the flour, salt, baking powder and nutmeg together.

In a separate bowl, cream together the shortening, white sugar and egg until light and fluffy.

Add the flour mixture alternately with the milk to the creamed mixture.

Stir until it becomes fairly stiff.

Drop by tablespoon into the muffin pan cups.

Combine the powdered sugar, nuts and cinnamon in a paper lunch bag. Dip the top of the doughnut in the melted butter. Then shake 2 or 3 at a time together in the bag with the sugar mixture. 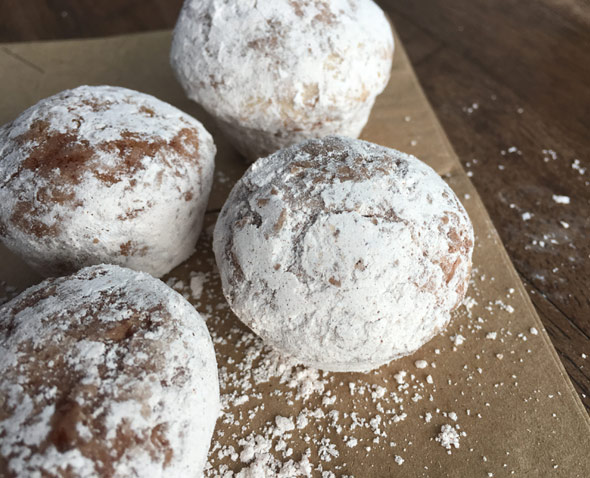 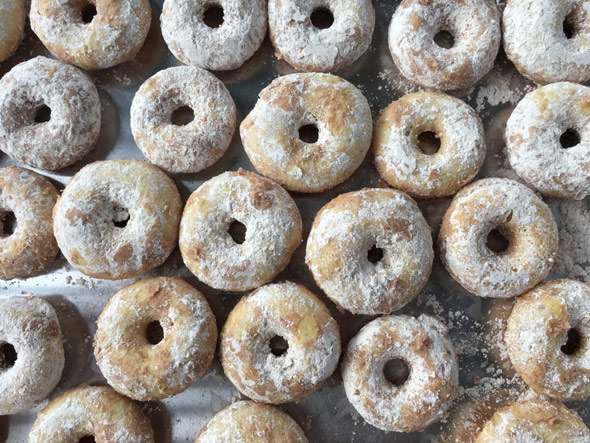 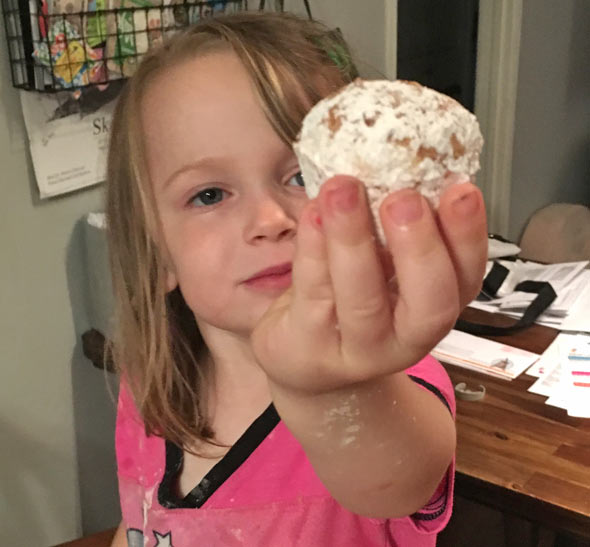 This also works with regular muffin tins... you just don't get that mini-doughnut shape. Enjoy!


Comments About This Recipe
What do you think of Baked Powdered Donut Holes?
Overall Average Rating = 4 (out of 5)
Based on 1 vote.

From Jess
My whole family agreed these tasted just like a doughnut hole.

I did not use walnuts and ended up using a lot more powdered sugar then what was called for. I added more cinnamon instead and made more of a cinnamon doughnut hole.

I got 23 well-sized doughnut holes.