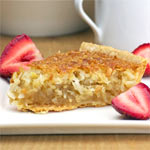 (6 servings)    Printable Version
We loved this pie. As someone said in the comments, it's sort of poor man's pecan pie minus the pecans. It might also remind some of a Shoo Fly Pie that holds together better. This pie was cheap to make and it was very popular. I had three people over for brunch. By the time they left, two pies had become half of pie. One word of warning is that this pie is very sweet. It would work for a special breakfast or brunch, but it's probably best served for dessert. (This recipe was submitted in 2003. It was tested and photographed in August 2014.) 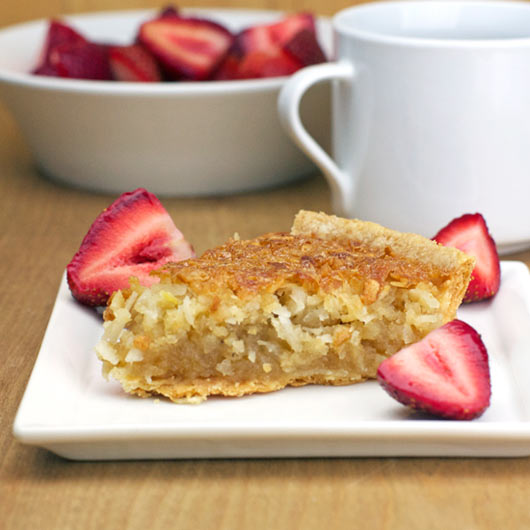 How To Make Coconut Oatmeal Pie

Mix all ingredients in a large bowl and pour into 2 unbaked pie shells.

Cool slightly and serve warm or chill for several hours.

Pretty easy to make. We like it better if you chill it for 3 or 4 hours before serving. 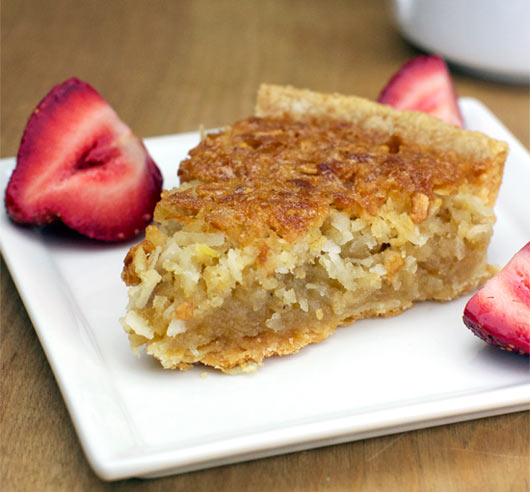 Pretty easy to make. Tastes good with a swizzle of chocolate sauce and a sprinkle of toasted coconut.


Comments About This Recipe
What do you think of Coconut Oatmeal Pie?
Overall Average Rating = 4 (out of 5)
Based on 1 vote.

From poor folks
Oatmeal Folks don't say that don't sound good even. If you like pecan pie this is poor folks pecan pie!