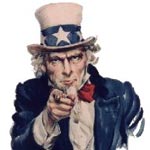 (8 servings)    Printable Version
Brown the beef in its own fat in a skillet. Drain excess fat.

Add flour, pepper, salt and bouillon to beef; mix thoroughly and cook about 5 minutes or until flour is absorbed.

Serve over hot toast or biscuits.

Each branch of the U.S. Military has a different version of this recipe. It is affectionately referred to by our dogfaces as "Sh*t On A Shingle". S.O.S. made its debut about 1910. The recipe presented here is a home version of that served by the Army circa World War I.


Comments About This Recipe
What do you think of S.O.S. (Creamed Beef On Toast)?
Overall Average Rating = 5 (out of 5)
Based on 51 votes.

From USAF Retired
Had it in Air Force (22 yrs - retired), Army, and once at a Navy chow hall. AF & Army are the best and about the same. Navy - Nah (they used tomatoes or paste & it was runny). Build it like this from the bottom up - toast, bacon, fried spuds, 2 over easy, then SOS over it all - with a hot cup of coffee on the side.

From Dusty
My Dad served in the Korean War and this was one of my favorite breakfast that he made for me. SOS with two over easy eggs and toast the best ever!!

From Gigawat
Toast, two eggs over easy and a solid helping of this awesome SOS and a cold glass of milk and a hot cup of coffee! Now that's just righteous!

From PRArmyBrats
We are 5 Army Brats of a Puerto Rican retired MP who served during WW2 and Korean War who ate this creamed beef over toast all the time for breakfast. To this date, we all enjoy this recipe and many others from the Armed Forces. Love it!

From Izzy
Reminds me when I was in the county for 18 months. Very good - had it with tomatoes. Over all: very good recipe.

From USAF Vet
I've read that the Navy used tomatoes in their SOS... Not going to say it's evil, however, I do enjoy my Louisiana gumbo without tomatoes.