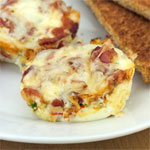 (6 servings)    Printable Version
This recipe was submitted to the site way back in 2003 by a guy named... you guessed it... Willie. I tested the recipe this morning with a minimal amount of changes. I used a combination of minced red pepper, parsley and chives instead of just parsley. I doubled the amount of cheese and bacon. Rather than just placing the butter in the bottom of the muffin cup, I greased the bottom and sides of the cups with the same amount of butter. With those changes, this is a terrific recipe. At 14 minutes, the yolks were still slightly runny. At 18 minutes, they were cooked through completely. (This recipe was tested and photographed in March 2014.) 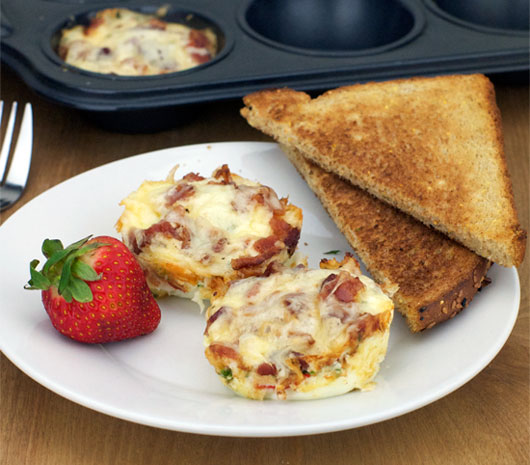 How To Make Willie's Baked Eggs

Place 1 teaspoon butter or margarine in each cup of a 6-cup non-stick muffin tin.

Break an egg into each cup.

Run a knife around the edge of each egg and remove from cup with two forks onto serving plate. 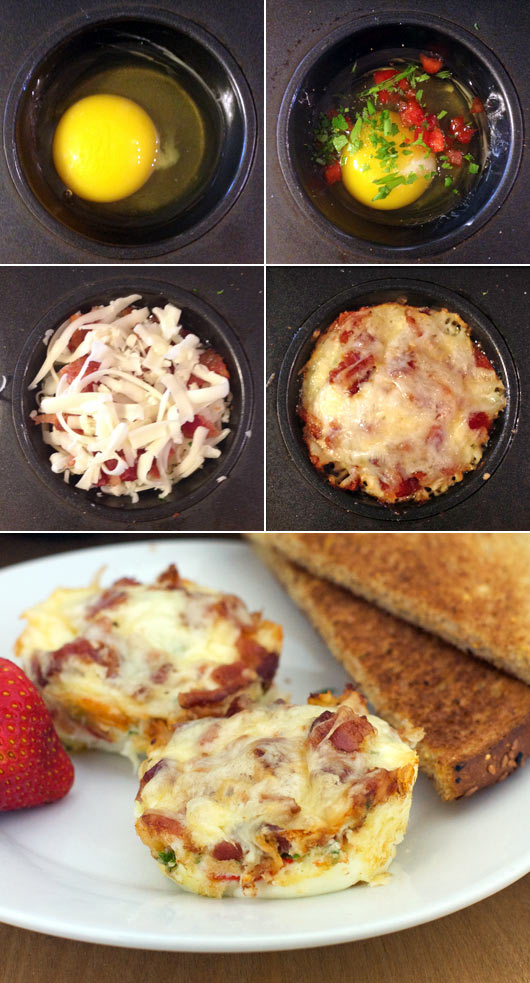 Notes From Recipe Submitter:
Chef Willie came up with a real winner this time! 3 slices of cooked bacon should give you the amount of crumbled bacon you need.


Comments About This Recipe
What do you think of Willie's Baked Eggs?
Overall Average Rating = 4 (out of 5)
Based on 2 votes.

From Jingle
You should take the butter in each muffin cup and smear it on the bottom and sides with your fingers. Then, you get the butter taste, but it also keeps the egg from sticking and they come out easily. I use Lawry's Season Salt instead of the Worcestershire and Creole seasoning. Cilantro is a good replacement for the parsley, too.

Lately, I've been adding Worcestershire sauce to scrambled eggs instead of salt - just a few drops per each egg. It takes them to a totally new level.

From dvm
Great recipe, but I left out Worcestershire and Creole seasoning. Also bumped up cheese and bacon to one Tablespoon each. Turned out great. Everyone loved it.