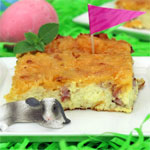 (6 servings)    Printable Version
You'll definitely get your recommended daily allowance of ham with this recipe. In fact, I thought it had a little too much ham. I would cut that ingredient back to 1 and 1/2 cups if I made this again. The concept of a strata is that certain ingredients remain in layers after the casserole is baked. For my money, it would have been better if the the cheese was mixed with the egg before baking. That would have allowed the strata to rise more. As is, it's quite dense and compact because the egg is kept down by a very big and very tasty layer of cheese. So in the end, this was a terrific breakfast - the eggs were tender and the flavor was rich. But with a few minor changes, it would be even better. (This recipe was submitted in 2003. It was tested and photographed in April 2017.) 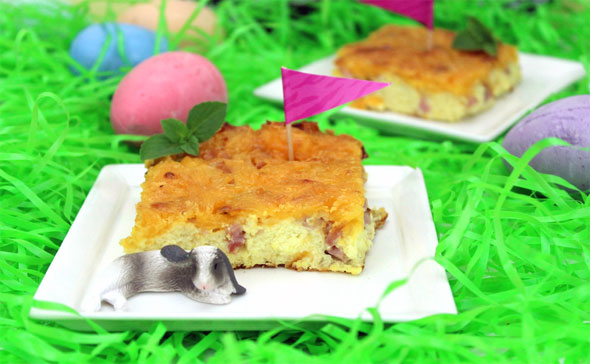 How To Make An Easter Morning Strata

In a medium mixing bowl, beat together the following: eggs, seasonings, butter and milk. Set aside.

In the morning, bake at 350 degrees for 1 hour and 10 minutes. Let set at room temperature 10 minutes before serving. 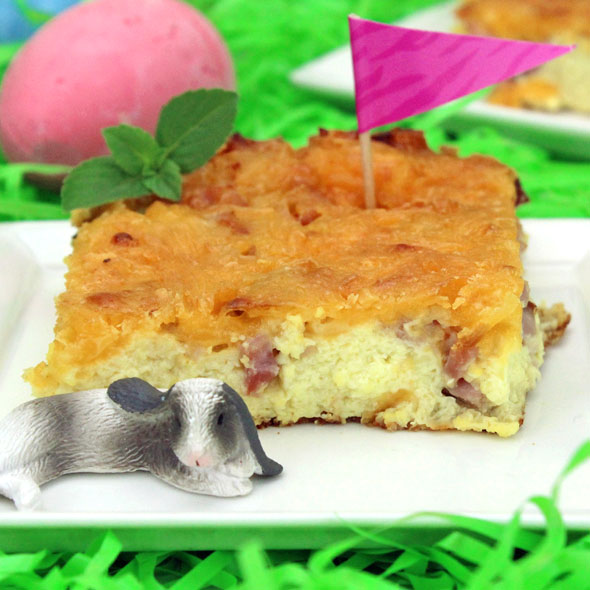 As original submitted, this recipe included 3 Tablespoons of all-purpose flour which was to be stirred into the egg and milk mixture. That caused the flour to clump and the liquid had to be run through a strainer. Our conclusion was that the flour didn't work or contribute much to this recipe, so that ingredient was removed.

Tip: If you don't have bread or don't have enough bread, use croutons. It works really great. 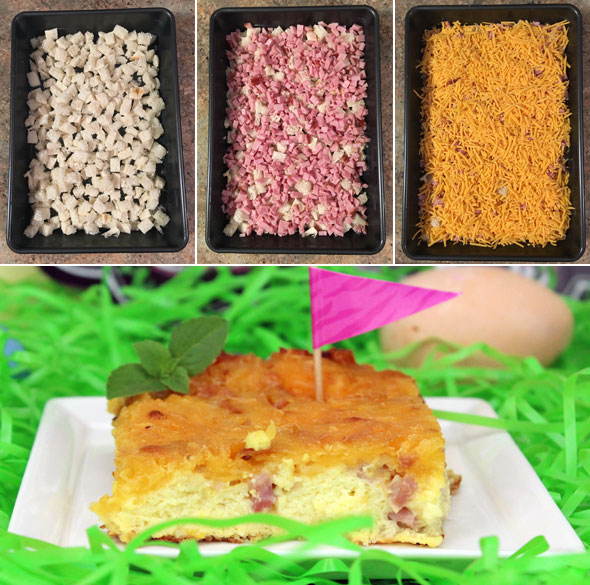 Perfect for Easter Brunch. Anytime you have leftover ham, think of this recipe.


Comments About This Recipe
What do you think of Easter Morning Strata?
Overall Average Rating = 5 (out of 5)
Based on 1 vote.

From brekky_maker
It really doesn't seem to matter where or what or even the quantity of the ingredients (within reason) the end result seems always the same... "PRETTY AWESOME" or at least that is what my Brekky guests have all said. i have made this now 3 or 4 times when I have a number of guests for brekky and none have been exactly the same,but absolutely no complaints and all enjoyed brekky.