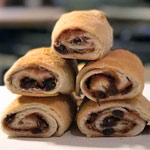 (10 servings)    Printable Version
These were good, but they could have been better. If I made them again, I would seriously consider doubling the amount of filling. I made these roll-ups because I wanted to quickly use up a tube of biscuits that was nearing its "best purchased by" date. It was a bit more time-consuming than I expected - taking about 20 minutes to put the roll-ups together. Bottom Line: This recipe was fun and interesting. But next time I want to quickly use up a can of biscuits, I'll just make biscuits. (This recipe was submitted in 2002. It was tested and photographed in March 2017.) 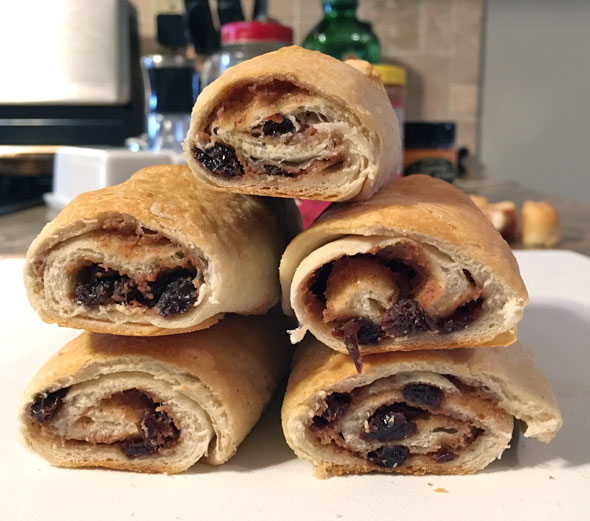 How To Make Sweet Raisin Roll-Ups

In a medium mixing bowl using an electric hand mixer, beat the cream cheese, honey, 2 Tablespoons of the butter and cinnamon together until well-mixed and fluffy. Stir in the raisins. Set aside.

Separate biscuit dough into 10 pieces (or 8 pieces depending on the size of your tube). On a lightly floured surface, flatten each piece into a 6-inch oval using a rolling pin.

Spread a Tablespoon of the raisin mixture over each flattened biscuit. Roll up jelly roll style. Place on a parchment-lined cookie sheet.

Melt remaining Tablespoon of butter and brush each roll-up.

Bake at 375 degrees for 12 to 14 minutes. Once cooled, chop the ends off of each roll-up to expose the raisin swirl inside. 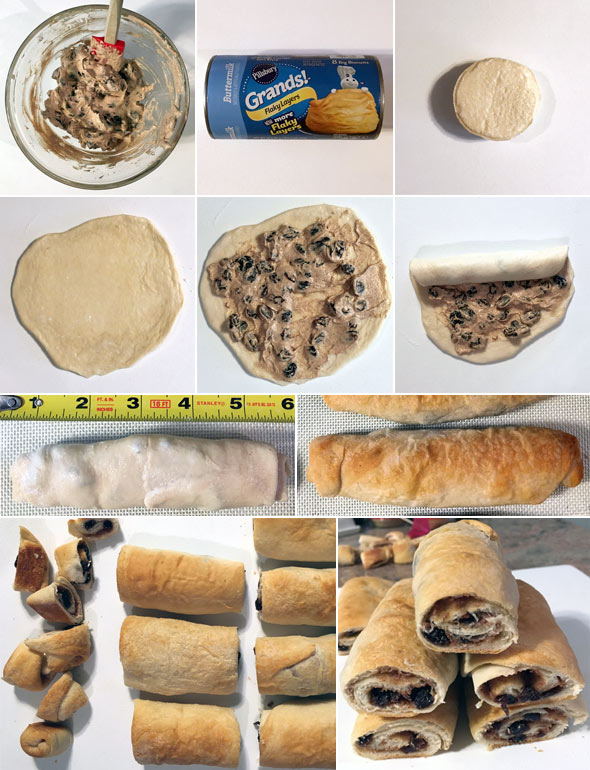 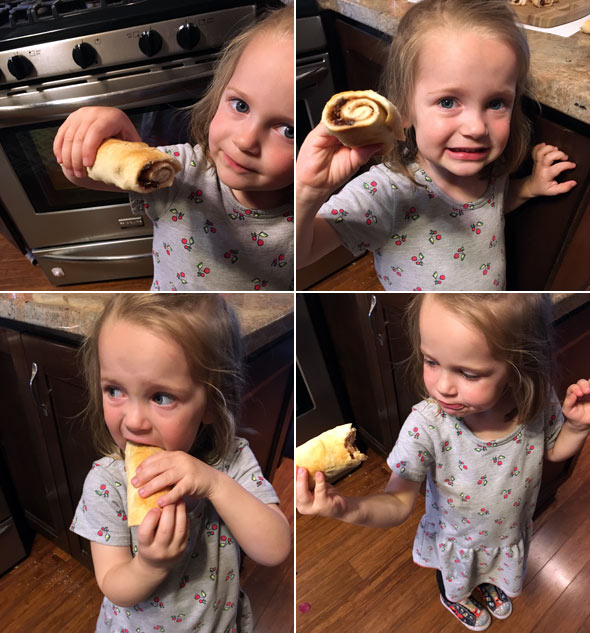 Nobody will believe you started with a tube of biscuits from the grocery store. These roll-ups taste like you got them from the bakery.

Mr Breakfast would like to thank snacky for this recipe.


Comments About This Recipe
What do you think of Sweet Raisin Roll-Ups?
There are no comments yet for this recipe. Be the first! Was it good? Was it bad? Did you make it better somehow? Let the world know!