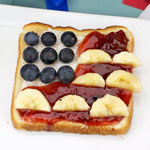 (1 serving)    Printable Version
Here's a recipe you don't really need once you've seen the pictures. It's just arranging fruit and jam on a piece of toast so it resembles the American flag (more or less). I made these as a part of a 4th of July article I was writing, but this tasty, toasty presentation would be fun any day of the year. It's a great breakfast for kids. They can help make it and it's a great way to add a small serving of fruit to their morning meal. So... now that I've told you that you don't need a recipe, here's the recipe... 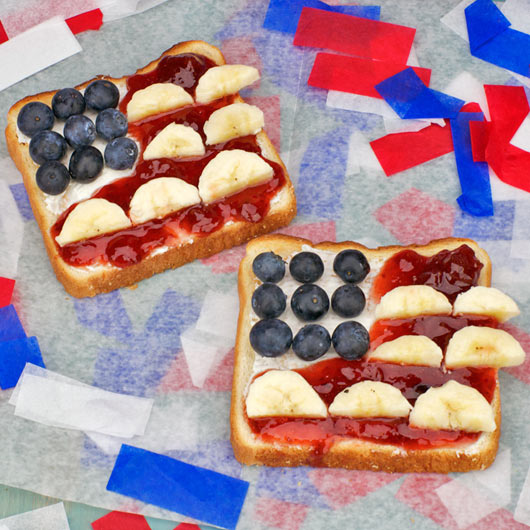 Toast a slice of bread to golden brown. Spread cream cheese over the entire slice. Place 9 blueberries in square pattern in the upper left corner. Spread jam everywhere except where the blueberries are. Take 4 coin-shaped slices of banana and cut them each in half. Place the banana pieces in rows to represent the white stripes of the flag. 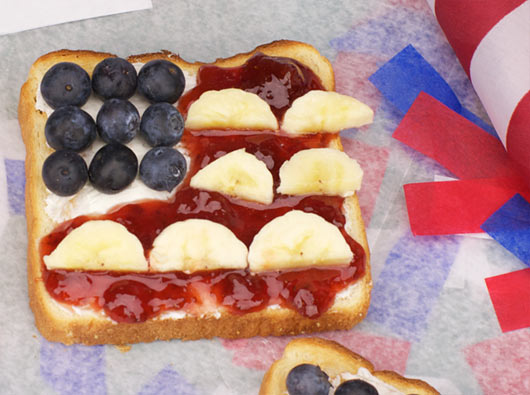 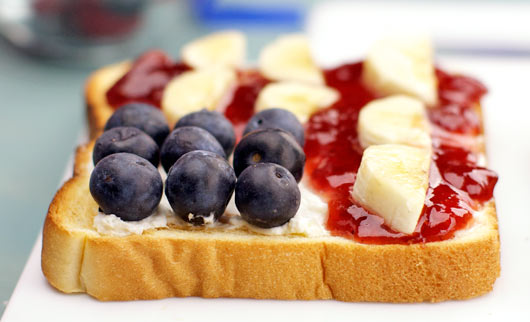 A toast to America! A salute to fruit! Blueberries, banana and jam are arranged on a piece of toast so it looks like the American flag.


Comments About This Recipe
What do you think of American Flag Fruit Toast?
Overall Average Rating = 5 (out of 5)
Based on 3 votes.

From Gina Ray
Strawberry jam and cream cheese on toast has always been a favorite of mine. Happy to take it to the next level with this one!