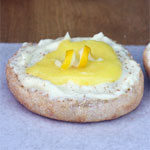 (1 serving)    Printable Version
This recipe was a super pleasant surprise. I was thinking, "Oh cute... somebody thinks they can make a Danish from an English muffin... maybe the recipe submitter was a little kid." I decided to give it a try, figuring it would at least be edible. Imagine my delight when I bit into one and it tasted just like a Danish. I topped mine with Homemade Lemon Curd. I think you'll be as happily amazed as I was when you try this ultra-easy mock Danish. BONUS... see the end of this recipe for a crazy, wonderful variation. (This recipe was submitted in 2013. It was tested and photographed in January 2014.) 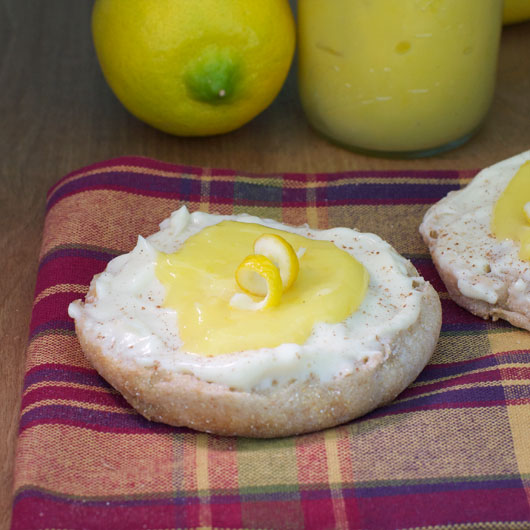 How To Make A Mock Lemon Danish

Split English muffin and toast to your liking.

Mix yogurt, sweetener and cinnamon together. Spread yogurt mixture on each half of the English muffin. Spread 1 teaspoon of lemon curd on each muffin half. 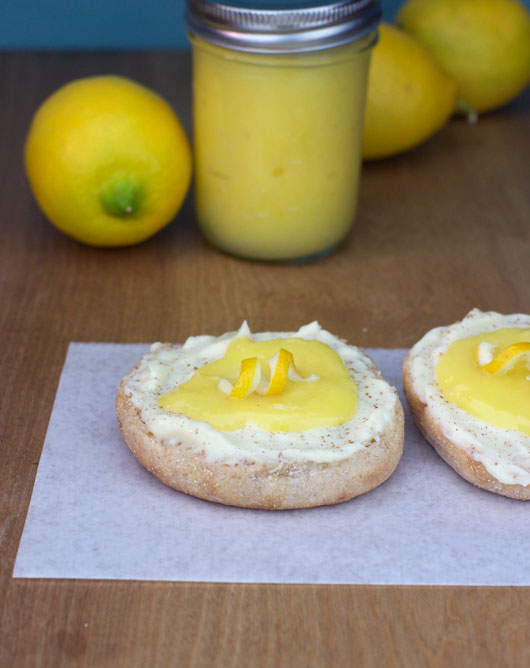 When I first made this, I found that it wasn't photographing well because the yogurt was too fluid and was dripping off of the English muffin in a few spots. I decided to be tricky and use VANILLA PUDDING to act as the yogurt in photos. Surprise! Surprise! I liked it even better with the pudding. Who would have ever thought vanilla pudding on an English muffin would be so good? Trust me on this one.

I love this quick breakfast with a great cup of coffee. Feel better about how you start your day.

Mr Breakfast would like to thank maggie91 for this recipe.


Comments About This Recipe
What do you think of Mock Lemon Danish?
There are no comments yet for this recipe. Be the first! Was it good? Was it bad? Did you make it better somehow? Let the world know!