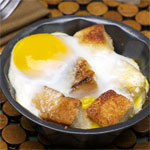 (4 servings)    Printable Version
At first look, this recipe might seem odd and quirky, but - trust me - it's delicious. The buttery, homemade croutons are the focal point of this dish. The eggs just hold it together and make it feel like breakfast. I used about 1/2 the butter listed in the ingredients and found that to be just right. Bottom line: This is a unique breakfast that would make again. (This recipe was tested and photographed in August 2014.) 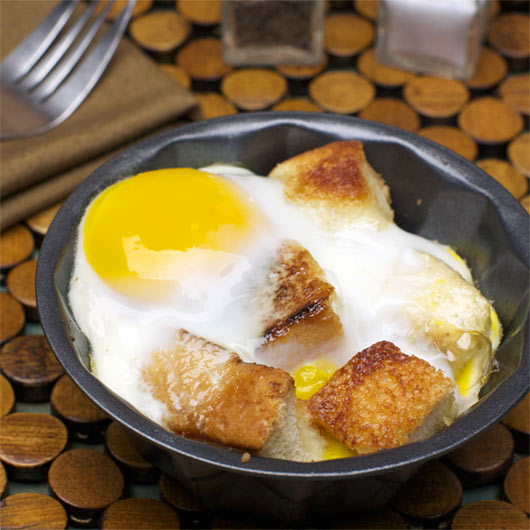 How To Make Crouton Eggs

Dice the slices of bread into 1/2-inch squares. Melt the butter in a large skillet and place the bread cubes in the melted butter. Saute, turning frequently, until they are crisp and a rich golden brown on all sides.

Bake in a 325 degree oven for 15 minutes or until the eggs are set and done to the desired firmness.

Serve at once. Serves, 4, allowing 2 eggs per serving. 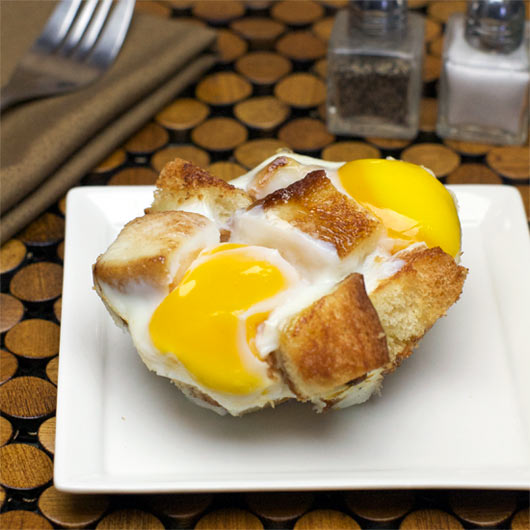 Croutons aren't just for salads. This recipe is from the chapter "Eggs For Breakfast" in The Fabulous Egg Cookbook.


Comments About This Recipe
What do you think of Crouton Eggs?
Overall Average Rating = 4 (out of 5)
Based on 2 votes.

From P.A.T.
Fun, but a little boring. It could definitely use some cheese on top and some crumbled bacon mixed with the bread (croutons) would have been nice. As a matter of fact, next time I would make the croutons in bacon grease after I make 2 or 3 slices of bacon. So... this has potential, but like I said... not too exciting as written.

From Remember (Team Breakfast Member)
It was good... different. I added shredded cheese (Cheddar) on top at the end. It's kind of cool what you can make with just eggs and bread.