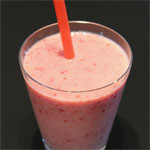 (4 servings)    Printable Version
This smoothie was refreshing with a lot of raspberry and orange flavor. In fact, the raspberry flavor may have been too intense. I'll probably cut that back to 1 cup of raspberries when I make it next time. If you'd like a smoother, shake-like smoothie, consider replacing the milk with a small container of vanilla yogurt. You could even sneak in a couple Tablespoons of fat-free vanilla ice cream or orange sherbet. I had some leftover smoothie so I made some popsicles with this drink. That made for a great dessert/treat later in the day. (This recipe was submitted in 2008. It was tested and photographed in September 2015.) 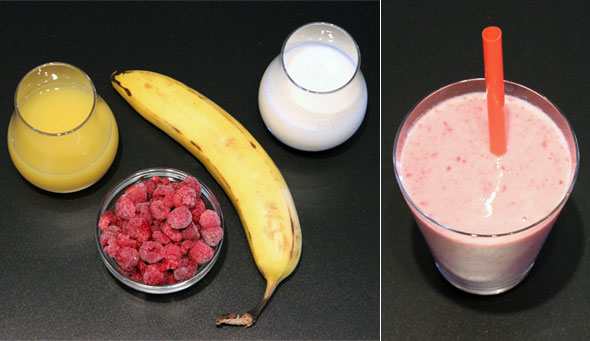 How To Make A Raspberry Orange Smoothie

Just combine all the ingredients in your blender and pulse until smooth. For a creamier smoothie, try replacing 1/2 cup of the milk with plain or vanilla yogurt. 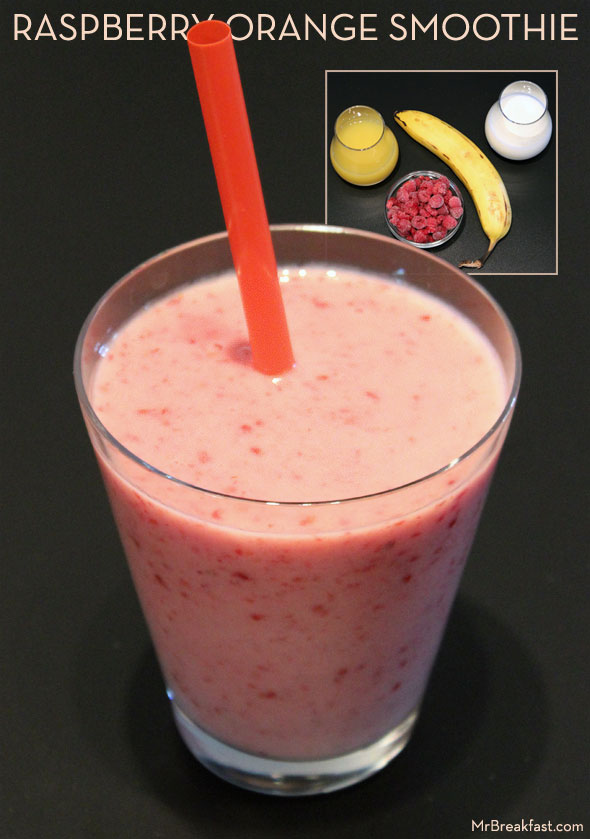 A very easy recipe with a super fresh taste. You can use all orange juice and no milk, if you prefer a non-dairy smoothie.


Comments About This Recipe
What do you think of Raspberry Orange Smoothie?
There are no comments yet for this recipe. Be the first! Was it good? Was it bad? Did you make it better somehow? Let the world know!