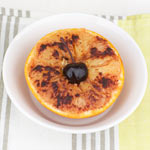 (2 servings)    Printable Version
The beauty of this recipe is that it really transforms the essence of a grapefruit. You get a flavor you're used to but the tartness of the grapefruit is significantly mellowed. The sugar and cinnamon create a glaze over the top while the sweetness penetrates down into the fruit. One word of warning: Make sure your ratio of sugar to cinnamon is at least 4 to 1. As the sugar tends to sink more, the cinnamon tends to remain on top. If you use too much cinnamon, you'll encounter a slight bitterness. This is fun way to get a healthy does of Vitamin C in the morning while trying something new. (Recipe was submitted in 2008. It was tested and photographed in September 2013.) 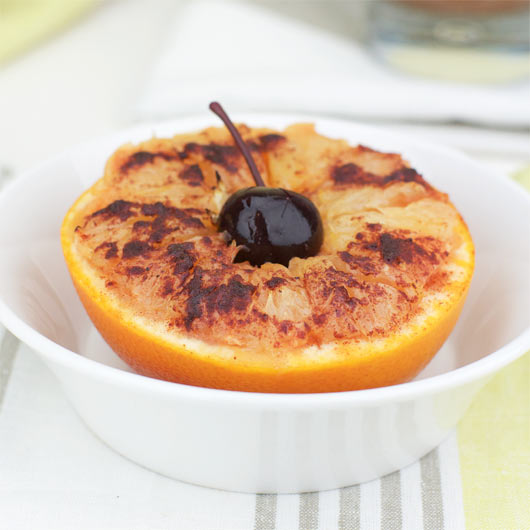 How To Make Broiled Grapefruit Bowls

Cut the grapefruit in half. Loosen the fruit from its skin the cut each section close to the membrane. Remove the core. Dot each half with butter.

Combine the sugar and cinnamon in a small bowl and sprinkle it over the grapefruit halves.

Place the grapefruit halves in the broiler - 4 inches from the heat. Cook for 8 minutes. 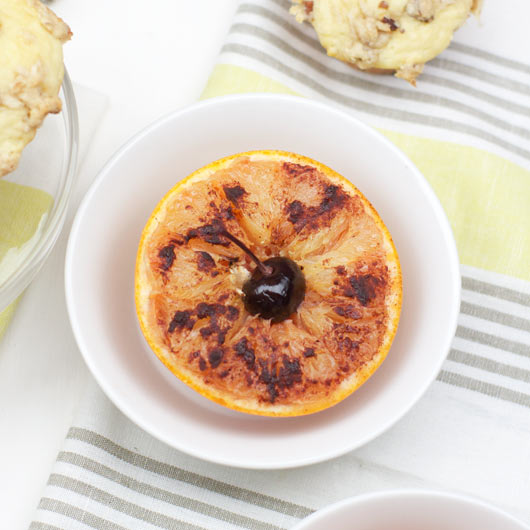 You can also substitute the cinnamon and sugar with honey for a different flavor. I also like to drizzle a little Maraschino cherry juice on the halves at the end.

Mr Breakfast would like to thank Indy900 for this recipe.


Comments About This Recipe
What do you think of Broiled Grapefruit Bowls?
Overall Average Rating = 5 (out of 5)
Based on 1 vote.

From Tornada
Mine looked better than yours! I nearly doubled the sugar and cinnamon so it would cover the whole thing. It broiled up really nice in my toaster oven in 6 minutes. Good stuff!