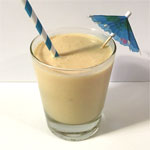 (1 serving)    Printable Version
Everyone here agreed that this was a terrific smoothie. We made an extra large batch. When it was time for 2nd helpings, I threw some pineapple chunks in the blender and that made the smoothies even better. That goes to show that this smoothie, while great, is ripe for experimentation and customization. I could imagine it being awesome with a handful of strawberries or raspberries thrown in to the mix. I was surprised how much peanut butter flavor was in each sip considering the fairly modest amount of peanut butter in the recipe. Bottom Line: This smoothie is a winner. (This recipe was submitted in 2002. It was tested and photographed in May 2017.) 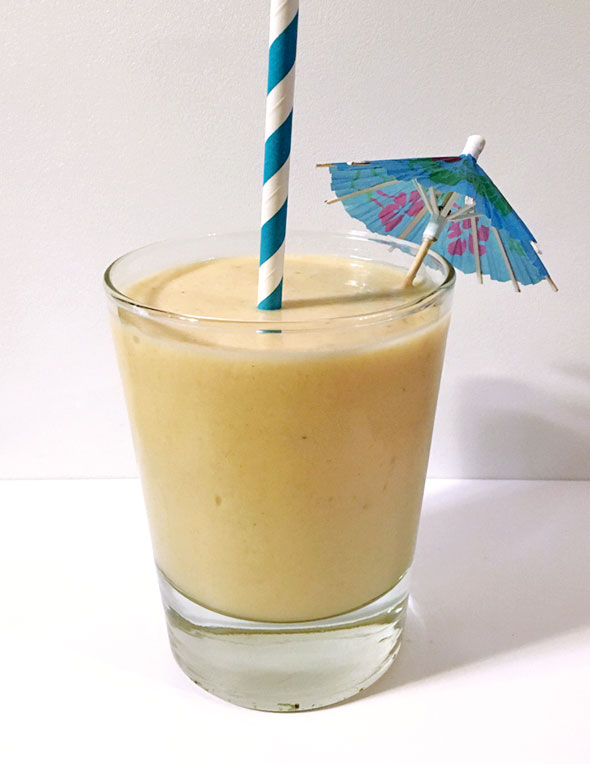 How To Make A Peanut Butter Banana Soy-moo-thy

Puree all the ingredients in a blender until smooth.

Pour into a glass and serve at once. 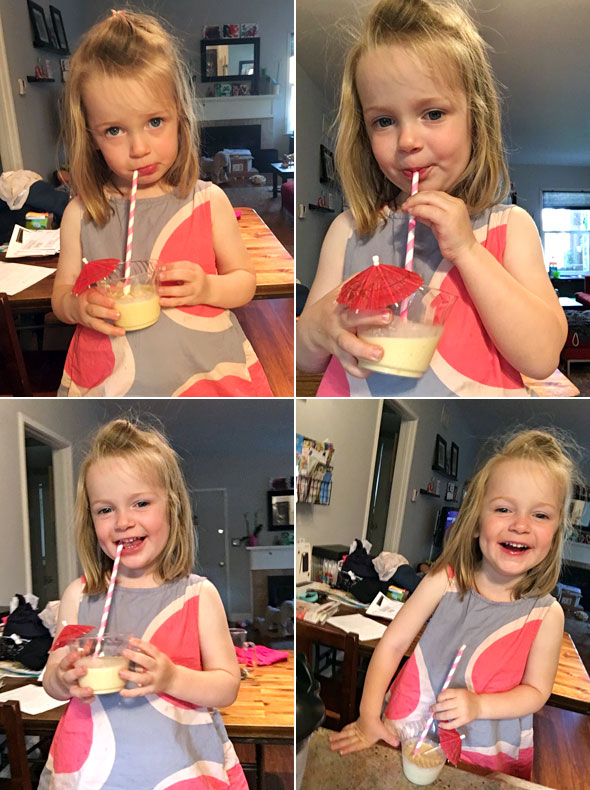 For an extra special treat, add a tablespoon of chocolate syrup to the mix.


Comments About This Recipe
What do you think of Peanut Butter Banana Soy-moo-thy?
Overall Average Rating = 4 (out of 5)
Based on 6 votes.

From calista
I make this, but I also add about a quarter cup of old fashioned oats. It might sound weird, but all it does is thicken it and give you whole grains. You don't really even taste the oats. I recommend it.

From Shockman
I love this drink! It's good if you freeze the banana and peanut butter overnight for an extra cold smoothie!

From gefald
This is similar to the GNC "Peanut Butter Surprise" -- I recommend using Chocolate Soy Milk instead of adding the chocolate syrup -- reduces the complexity and probably the sugar.