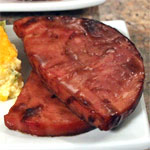 (4 servings)    Printable Version
This turned out super good. If you're unfamiliar, you might be skeptical of a gravy that's made with coffee. Trust me... it's rich and delicious and it was meant to go with ham. You don't see it in the pictures, but when it came to eating this, I drenched that ham in tons more gravy. I served it with a Cheese Grits Casserole. It was more than a meal I liked. It was a meal that I'll remember. I urge you to try this one. It's fantastic! (This recipe was submitted in 2007. It was tested and photographed in October 2015.) 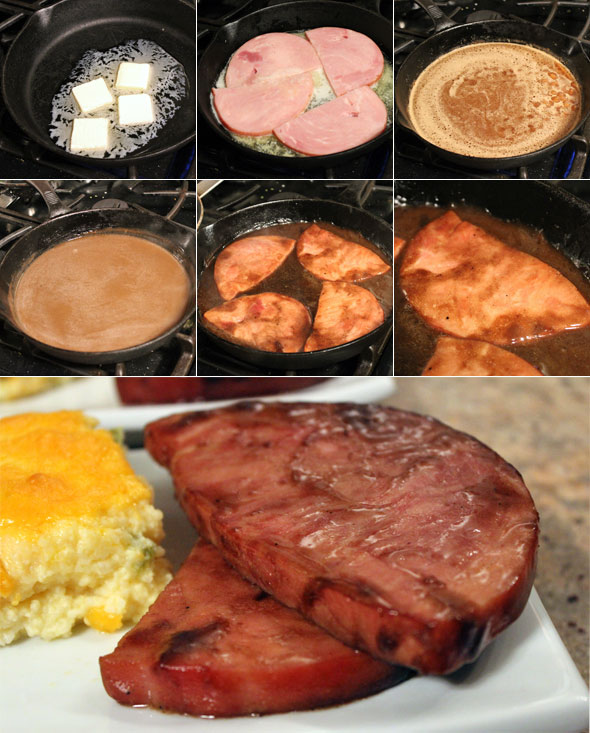 How To Make Ham With Red Eye Gravy

Place butter in a large skillet and place over medium heat. When butter foams, add ham steak. Cook until nicely browned on both sides. Remove ham to plate and cover with foil to keep warm.

Add brown sugar to pan, stirring until dissolved. Place coffee in a jar with a tight fitting cover and add flour. Shake vigorously to remove lumps then add to pan. Bring to a boil and stir until gravy thickens. Reduce heat and cook another 3 to 4 minutes.

Return ham slices to pan to re-warm and slather with gravy. Serve and enjoy. 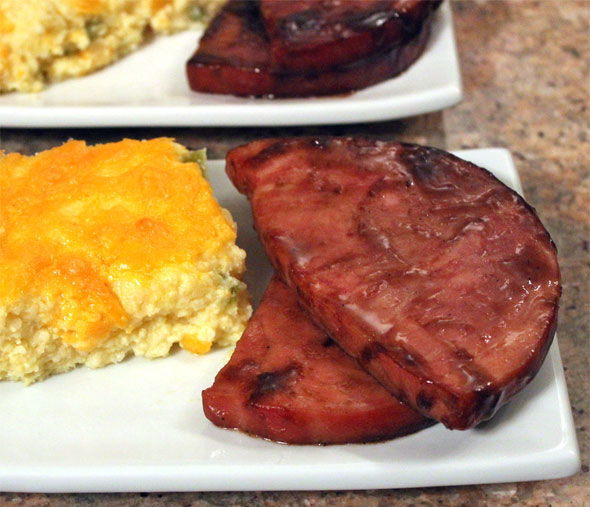 Serving Suggestions: 1) Serve over hot buttered grits with a fried egg on top; or 2) Make a biscuit sandwich with pieces of the ham and lots of gravy. 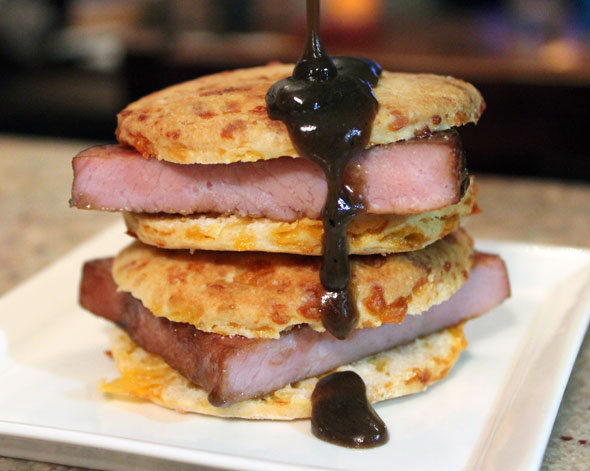 Serve with buttery cornmeal grits and fried eggs for a traditional Southern breakfast or a quick supper.

Mr Breakfast would like to thank MichiganDan for this recipe.


Comments About This Recipe
What do you think of Ham With Red Eye Gravy?
There are no comments yet for this recipe. Be the first! Was it good? Was it bad? Did you make it better somehow? Let the world know!