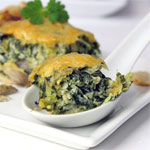 (6 servings)    Printable Version
I made this for Sunday brunch. We had a couple vegetarians visiting, so I skipped the optional bacon. I turned out very well. The vegetable to egg ratio was a little higher than I was used to, but it worked. It made me feel like I was eating something healthy despite my full awareness of all the delicious cheese I knew was there. I would make this again. But in all truth, I would make another recipe called Easy Spinach Quiche first. It's quite similar, but just a little bit better. (The recipe on this page was submitted in 2007. It was tested and photographed in January 2017.) 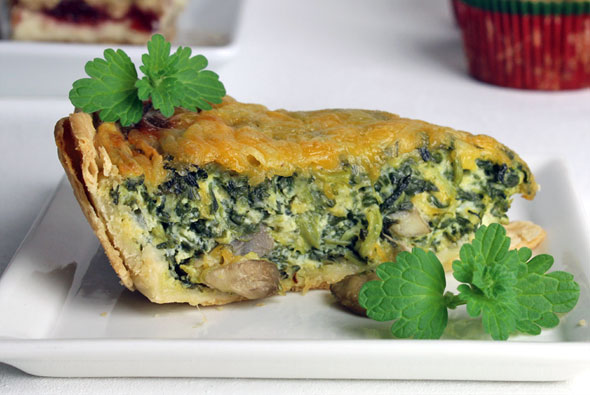 How To Make A Spinach Mushroom Quiche

In a large bowl, beat the eggs with the milk and spices until frothy. Stir in the bacon, spinach, mushrooms, onions, 3/4 of the Swiss cheese, and 3/4 of the Cheddar cheese. Pour into the pie crust and sprinkle remaining cheese on top.

Bake for 40 to 45 minutes until browned on top and a knife or toothpick inserted into the center comes out clean.

Allow to cool at least 10 minutes before cutting into wedges to serve. 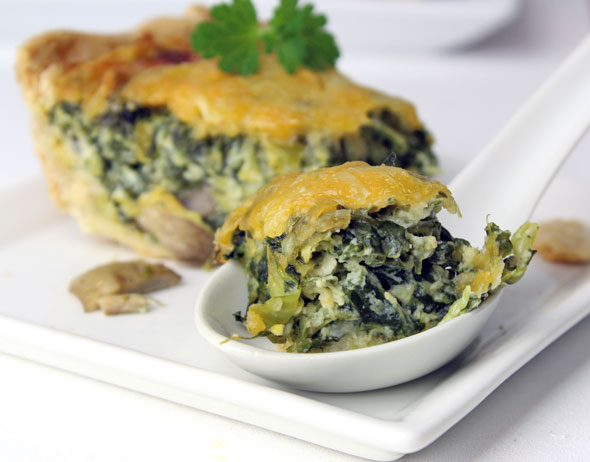 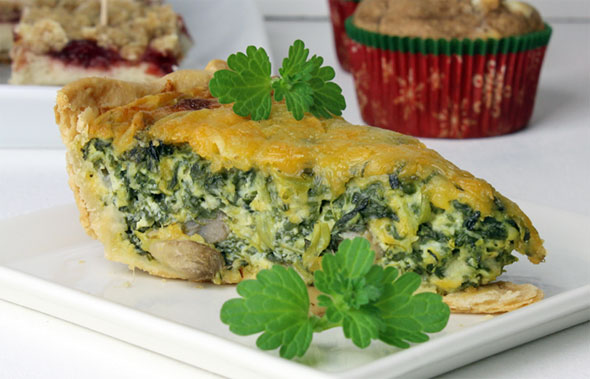 This is a versatile recipe. You could replace the bacon with sausage (about 1/3 cup crumbled) or add chopped green peppers. The sky is the limit. Enjoy!


Comments About This Recipe
What do you think of Spinach Mushroom Quiche?
Overall Average Rating = 5 (out of 5)
Based on 2 votes.

From Jill Likes
Best Quiche ever!! We had it for Easter Brunch and everyone raved. Thanks!!

From mwk620 (Team Breakfast Member)
You should par-bake the pie crust first. Poke little holes in the bottom with a fork (keeps crust from warping) and bake it for just 7 minutes by itself at 375. This will make sure the crust is cooked fully and flaky. Other than that, great recipe. Very cheesy.