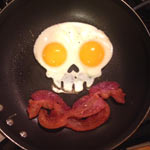 (10 servings)    Printable Version
This recipe was originally submitted under the name "best bacon". I changed the name to "breaded bacon" so it would be more descriptive. This is basically shake-and-bake bacon. A light coating of flour and brown sugar gives the bacon a bit more crunch, which is most noticeable after the bacon has cooled. When it's warm, you won't notice the coating much at all. Discerning palates might perceive that the coating locked in more bacon flavor. I'll make this again if I have a need for cooled bacon, like on a salad or a sandwich. For variations on hot bacon, I might suggest you try Sweet & Spicy Pecan Bacon or Smoky Sweet Custom Bacon. (The recipe on this page was submitted in 2007. It was tested and photographed in February 2014.) 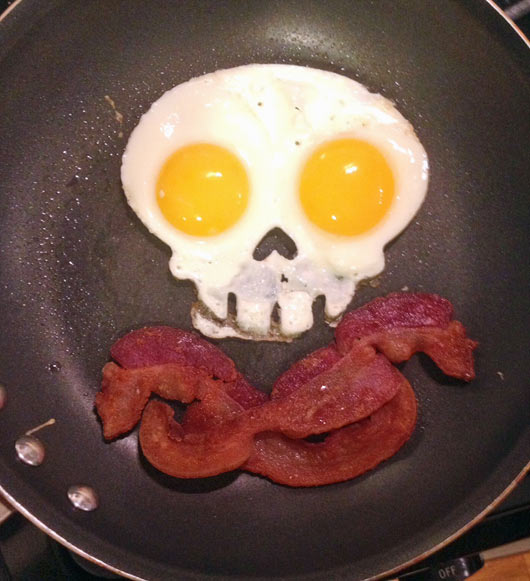 How To Make Breaded Bacon

Mix together brown sugar, flour, and pepper in a large Zip-loc bag. Add bacon and shake it up to bread the bacon. 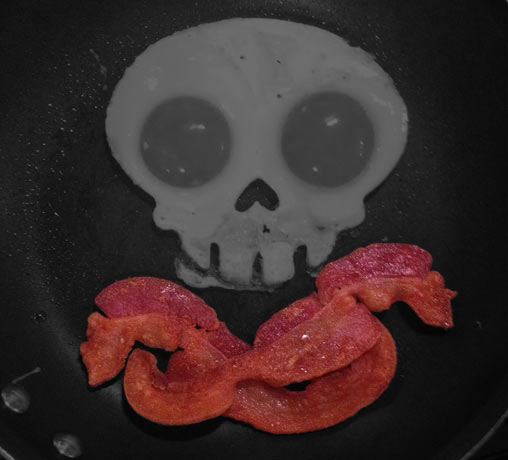 My husband heard about this recipe on ESPN. I was skeptical at first, but it's pretty good! You might want to add salt too, depending on how salty the bacon you use is.

Mr Breakfast would like to thank jennie_leah for this recipe.


Comments About This Recipe
What do you think of Breaded Bacon?
There are no comments yet for this recipe. Be the first! Was it good? Was it bad? Did you make it better somehow? Let the world know!