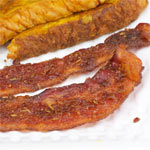 (6 servings)    Printable Version
Bacon is perfect on its own. I'm the first to admit that. You can't improve nature's perfection, but you can have fun with it. This technique is great because it adds an element of surprise to breakfast. You get the meaty goodness you're expecting but also a smokiness (from the cumin), a sweetness (from the brown sugar) and a hint of heat (from the paprika). Beyond breakfast, this custom bacon is fantastic crumbled on a wedge salad or as a topping for a baked potato. (This recipe was tested and photographed in October 2013.) 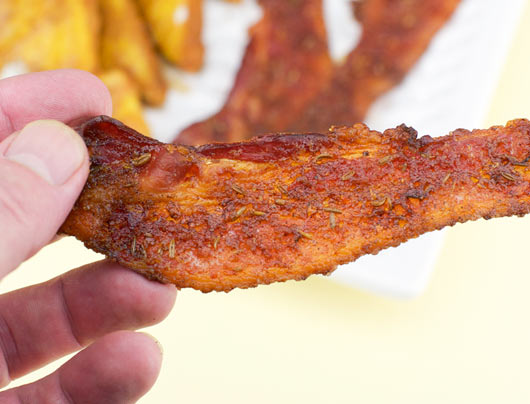 Using a mortar and pestle*, crush the cumin seeds so only a small number of whole seeds remain.

In a small bowl, combine the crushed cumin, brown sugar, paprika and pepper.

Lay the bacon out on a rimmed baking sheet (not overlapping). You'll need two baking sheets to make a whole pound of bacon at one time.

Remove bacon from oven and carefully drain off any accumulated grease. Sprinkle about a teaspoon of the spice mixture over each slice of bacon.

Return bacon to oven and bake 8 to 12 more minutes until well-browned.

Transfer bacon to stacked paper towels to drain off any excess grease. 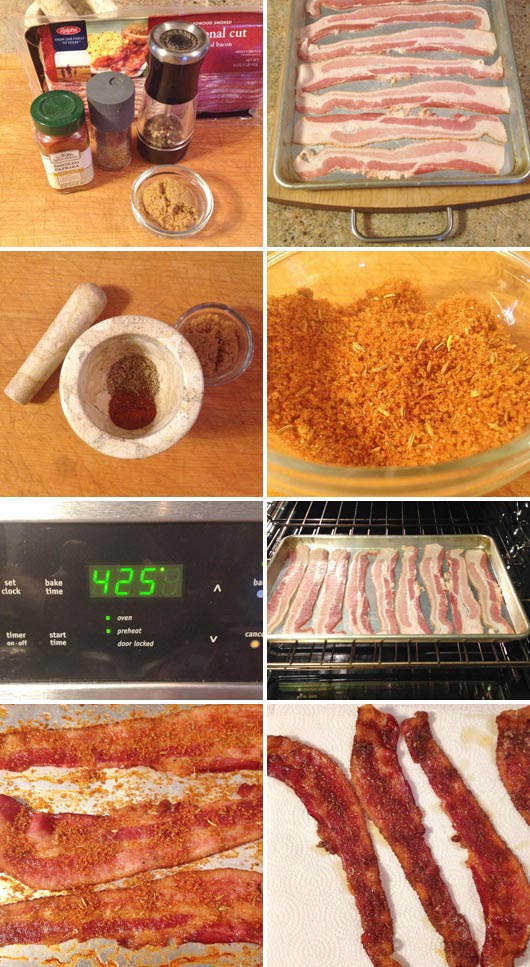 No mortar and pestle? You can also crush the cumin by placing the seeds in a baggie and rolling over the baggie with a rolling pin.

The total cooking time depends on the thickness of your bacon. The bacon in the pictures took a total of 19 minutes.

The bacon will crisp once it's placed on the paper towels and has a chance to cool slightly. 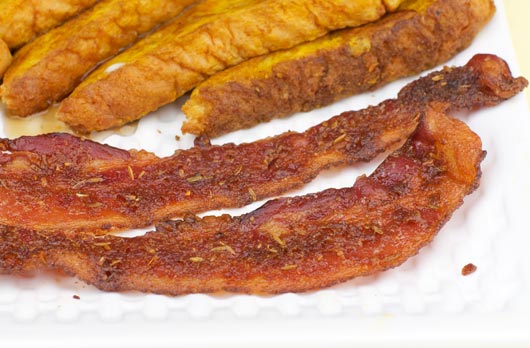 You should play with the things you love. Nowhere is this more true than with bacon. A few spices and some brown sugar amplify the smokiness of the bacon while adding sweetness and heat.


Comments About This Recipe
What do you think of Smoky Sweet Custom Bacon?
Overall Average Rating = 5 (out of 5)
Based on 1 vote.

From kenworth
Takes bacon to the next level and beyond. Good job guys.