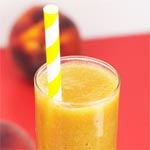 (1 serving)    Printable Version
Peaches are about the only reason I get happy that summer is ending. They dominate the produce section. They're cheap and they seem to taste better and better as fall get nearer and nearer. This recipe is just the start of what you can do with peaches and a blender. Try adding other fruits like a banana, some raspberries or a nectarine. Instead of orange juice, try pineapple juice for a more tropical feel. As for the sugar in the recipe, taste your peach before making the smoothie. You may find it sweet enough that you'll want to omit the sugar completely. Have a peachy keen day! (Recipe submitted in 2006. Tested and photographed in August 2013.) 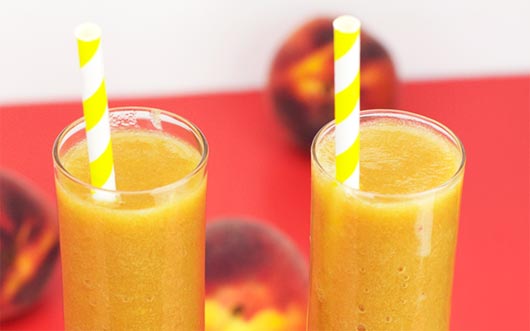 How To Make A Basic Peach Smoothie

In your blender, combine the peach and sugar. Pulse until peaches are ground up. Add the yogurt, orange juice, and cinnamon. Blend until smooth. That's all there is to it. 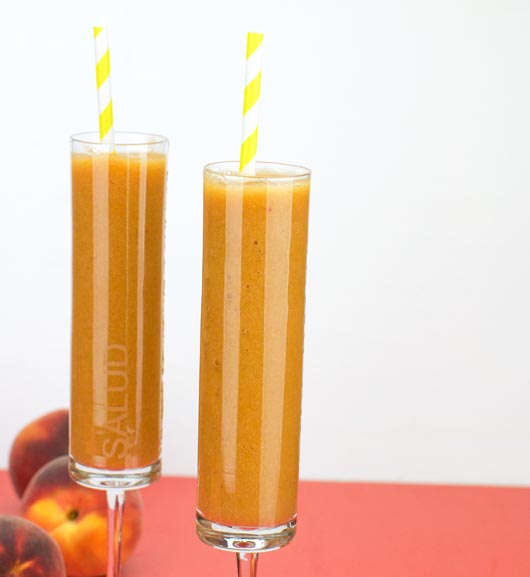 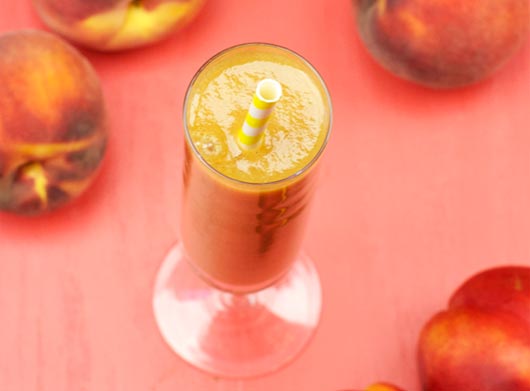 A refreshing on-the-go healthy breakfast that's best enjoyed in July or August when peaches are at their peak.

Mr Breakfast would like to thank DeeJay for this recipe.


Comments About This Recipe
What do you think of Peach Smoothie?
Overall Average Rating = 5 (out of 5)
Based on 5 votes.

Used this as a basis for an adult peach smoothie - skipped the sugar and cinnamon, used concentrated OJ and whipped cream vodka - it was a hit for our event. Thanks!

From SammiD
I keep bananas frozen in my freezer and use them instead of ice cubes specifically for smoothies. That was a great addition to this recipe that I recommend people try.

From wallah
Awesome. I tried it with mango juice and it's the best.

From Michael A.
This was a filling breakfast I loved it, I would make it again, and I would recommend this recipe. The peach made the whole room smell nice!

From blithe
Agree: no sugar need. The cinnamon gives it the extra bite that it needs.

From standup1
I like it. And you don't need the sugar if your peach is sweet and you use flavored yogurt.

I agree with the sugar comment so I will opt for using a banana instead! :)

Why use sugar? Especially if you can get away without it and be so much healthier. (One tablespoon of sugar lowers your immune system by at least 60%!)

Bananas in smoothie work as a lovely sweetener while adding texture, potassium, and plenty of goodness.

Have a beautiful breakfast!