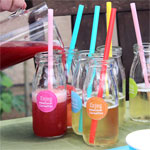 (1 serving)    Printable Version
We made the batch of mimosas you see here for National Cereal Day 2016 (March 7). We had a small group of friends over and drank mimosas and ate cereal all afternoon. The juice was from fresh blood oranges, so the cocktails look more deep red than most other mimosas. Everyone loved the drinks and drank many of them. Success! (This recipe was submitted in 2005. It was tested and photographed in March 2016.) 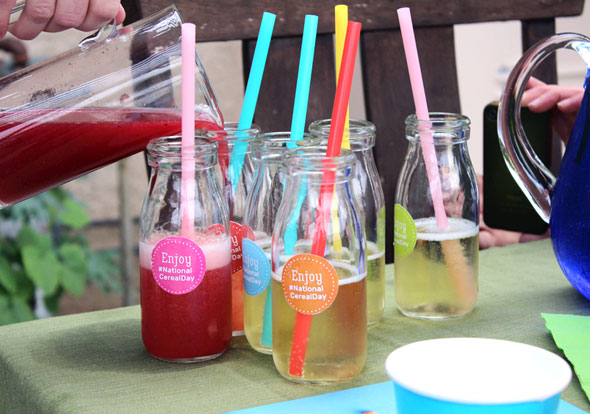 How To Make A Champagne Mimosa

In a champagne flute (or any glass), pour the orange juice followed by the champagne. Do not stir.

Or... pour the champagne and then the orange juice. There are no hardcore rules. As long as it's 3 parts champagne to 1 part orange juice, you're gonna have a good time! 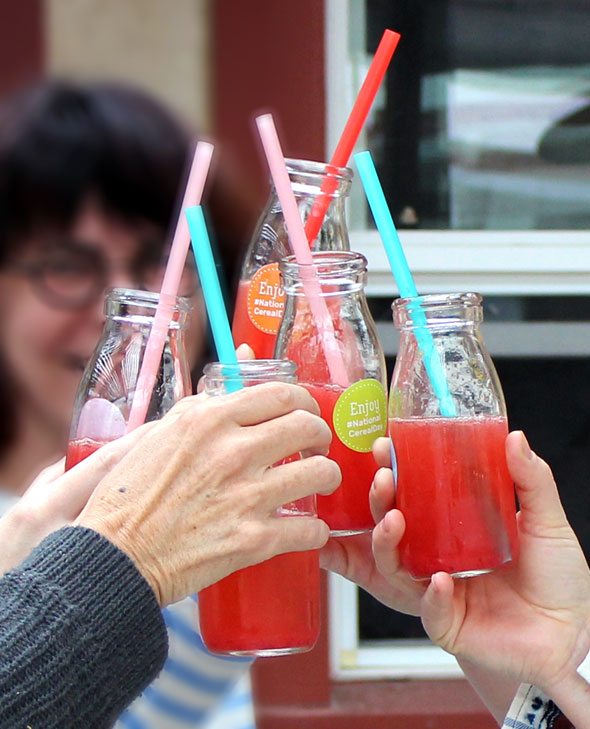 
Comments About This Recipe
What do you think of Champagne Mimosa?
From Timmy

That is a mimosa, a bucks fizz has two parts orange juice to one part champagne. A mimosa is the very opposite, giving the mimosa a much higher alcohol content.

The original mimosa did not include Orange liqueur. That was not created until later.

A Mimosa is a cocktail-like drink composed of three parts champagne and two parts thoroughly chilled orange juice, traditionally served in a tall champagne flute with a morning brunch. It is also often served to early guests at weddings, and in first class on jet airliners.

An added tablespoon of Grand Marnier creates what's known as a Grand Mimosa.

That's not a mimosa. Mimosa has to have orange liquer in it like cointreau or grand marnier, otherwise its just a bucks fizz!