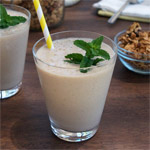 (2 servings)    Printable Version
I made this recipe almost as it was submitted. Coffee flavored yogurt isn't something I keep around, so I made it with vanilla yogurt. After everything was blended I added actual (cooled) coffee a couple Tablespoons at a time until the smoothie had a nice mocha flavor. It took about 1/4 cup of coffee. It turned out great. I especially liked the hint of cinnamon that you taste throughout. (This recipe was submitted in 2003. It was tested and photographed in June 2014.) 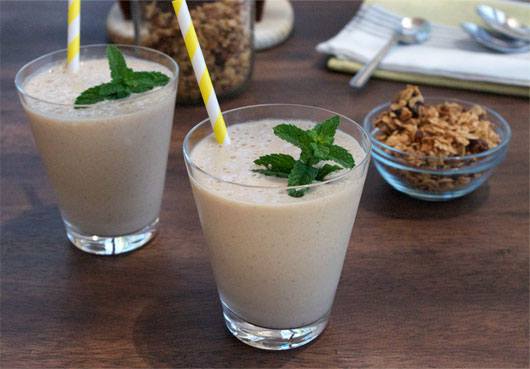 How to Make Coffee Banana Soymoothies

Chop the bananas into blender-friendly chunks. Put all ingredients in the blender and mix until smooth.

For the topper, garnish with a dash of cinnamon and a sprig of mint. 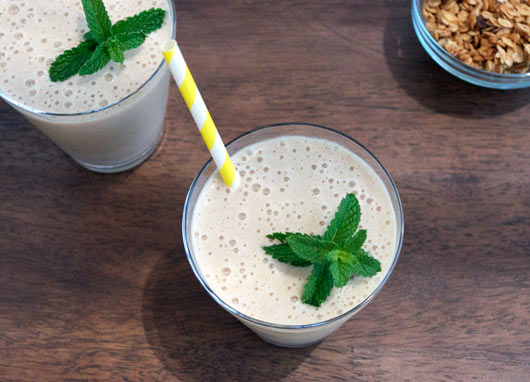 Note From Recipe Submitter:
I tried this once with plain yogurt and 3 Tablespoons of coffee when I couldn't find coffee-flavored yogurt. It worked, but not as good as the flavored yogurt.


Comments About This Recipe
What do you think of Coffee Banana Soymoothie?
There are no comments yet for this recipe. Be the first! Was it good? Was it bad? Did you make it better somehow? Let the world know!