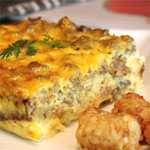 (6 servings)    Printable Version
This was like two breakfasts in one. The top layer had the feeling of a sausage and cheese omelet. Whereas the bottom layer had a feeling like a crust of savory French toast - because that's essentially what it is... bread soaked in egg and milk that's then cooked. There's nothing fancy about this recipe. If you like sausage and eggs, you're probably going to like this. If I make it again, I'd consider frying the sausage with 1/4 cup chopped onions and 1/4 cup bell pepper for some added flavor and freshness. This casserole was great as leftovers. It was just as good and maybe even better heated up the next day. Please see below for some adjustments I made to the ingredients. (This recipe was submitted in 2003. It was tested and photographed in February 2015.) 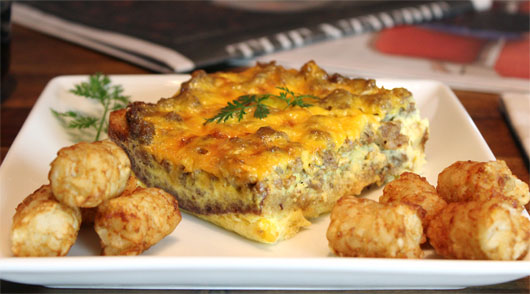 How to Make A Sausage Cheddar Breakfast Casserole

Spray a 9x13x2 baking pan with non-stick spray and heat oven to 350 degrees.

Lightly butter the bread on one side and place in the baking pan.

Spread the crumbled sausage on top of the bread, then add the grated cheese.

Beat the eggs and cream together in a bowl, add salt and pepper to taste and pour over the layers in the pan.

Bake at 350 degrees until bubbly and golden brown - about 35 minutes. (Cover loosely with aluminum foil if the top browns too much before the egg is set.)

Let the casserole sit for 10 minutes before serving. 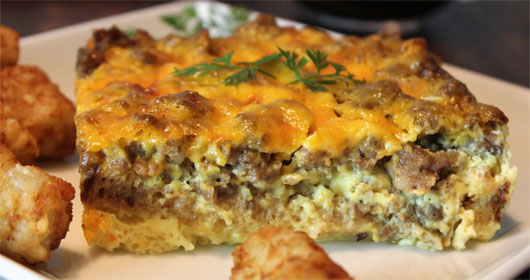 I found the amount of cream to be too much. I'd reccomend reducing that to just 1 cup. I ended up using 6 slices of bread to cover the bottom of my pan. I'd take the amount of bread listed loosely and just use enough to make a single layer in the pan. 1 and 1/2 pounds of sausage is a goofy amount since most sausage comes in 1 pound packages. I thought the casserole had tons of sausage and I think it would have been just as good if there was only 1 pound used. Lastly, heavy cream is expensive and most people don't keep it stocked. Milk works perfectly well, so don't reject this recipe if you don't have cream. 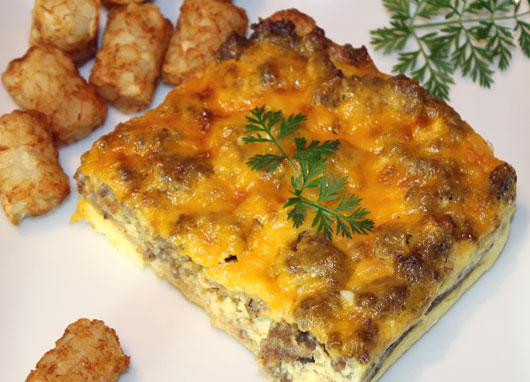 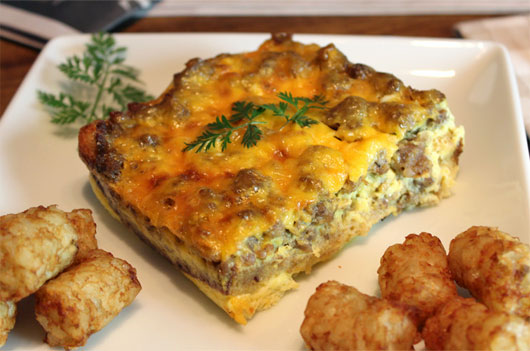 This can be made the night before and baked the next morning. You can add a layer of veggies such as onions, green peppers and mushrooms if desired. Use your imagination. Make your own special recipe.


Comments About This Recipe
What do you think of Sausage Cheddar Breakfast Casserole?
Overall Average Rating = 5 (out of 5)
Based on 1 vote.

From SuperGood
Awesome - love it!