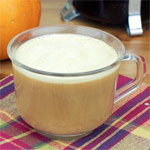 (1 serving)    Printable Version
I love holiday-flavored lattes from the commercial coffee shops. The eggnog latte is my all-time favorite. The pumpkin latte runs a very close second. I had high hopes that this recipe would turn out like the fancy lattes I was used to. I wasn't disappointed. This is a great coffee drink. I made mine with strong coffee instead of espresso. I followed all the other instructions exactly. The pumpkin flavor isn't strong, but it makes an impact. You'll probably find that this latte encompasses the wonderful flavors of late autumn, more than it makes a direct pumpkin pie correlation. Late autumn tastes good, my friends. (Recipe submitted in 2009. It was tested and photographed in October 2013.) 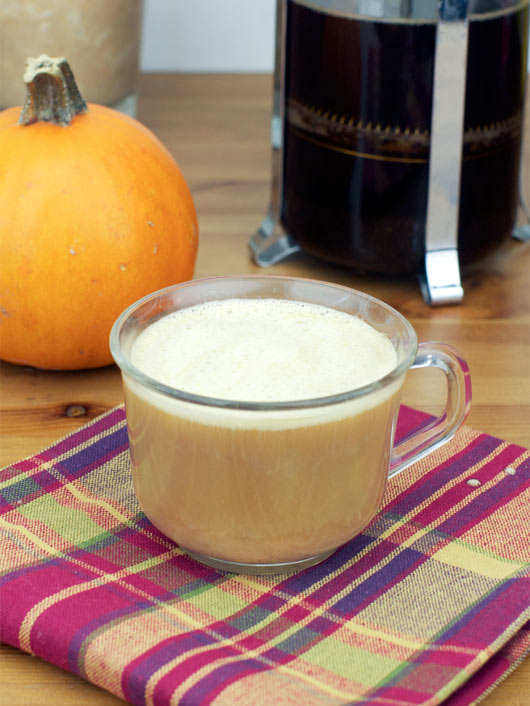 How To Make A Pumpkin Spice Latte

*If desired, you can replace the 2 shots of espresso with 1/2 cup of strong brewed coffee.

In a small saucepan, combine the pumpkin, half and half, vanilla, sugar and pumpkin pie spice. Over medium heat (just below a boil), stir this mixture until well combined. Just before you're about to serve, whisk the mixture vigorously so it becomes frothy.

Pour the espresso into a serving mug and top it with the frothy milk mixture. Dust the top with cinnamon to garnish. 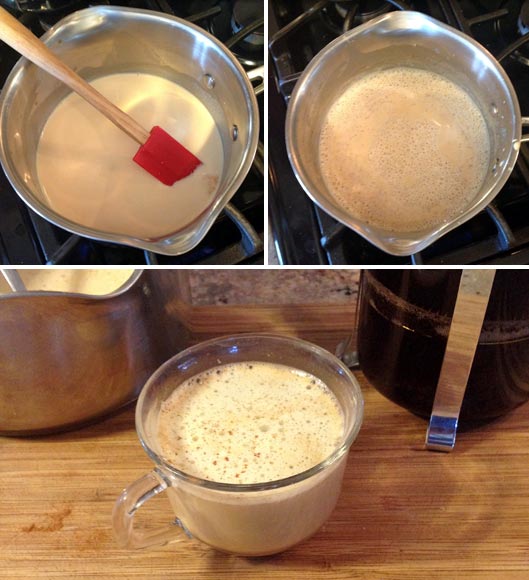 This is my version of Starbucks' seasonal latte. If you're not in the mood for pumpkin, omit that ingredient and the latte still tastes great.


Comments About This Recipe
What do you think of Pumpkin Spice Latte?
Overall Average Rating = 4 (out of 5)
Based on 2 votes.

From Amy ATL
Better than the one at Starbucks and you can make 10 for the price of 1.

From c. coop
Made a couple without the pumpkin and they were very good... coffeehouse good. I was worried that the pumpkin puree would make the texture too think. Can anyone comment if that's true or not? Thanks! - Casey C.