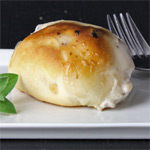 (16 servings)    Printable Version
This recipe was originally submitted under the name "Chicken Roll Ups". I added the word "biscuit" so it would be more descriptive and better related to breakfast. In the South, chicken and biscuits has been a popular breakfast dish for decades. Only recently has it caught on nationwide with famous fast food chains adding it to their breakfast menus. In this dish, chicken and cheese are rolled up in canned biscuit dough. The additional of the mushroom soup topping was definitely tasty, but I'd consider that to be an optional element. I served this as breakfast-for-dinner and it was a big success. I suspect I'll make it again sometime. (This recipe was submitted in 2008. It was tested and photographed in April 2016.) 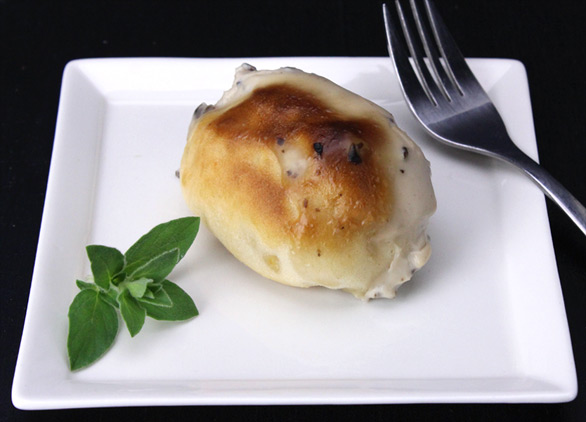 How To Make Chicken Biscuit Roll-Ups

Boil your chicken. Remove from the bone if its not boneless. Shred with a fork. Season with salt, pepper, season salt, etc (don't overdo it). Set aside.

Take each canned biscuit and flatten them out with your hand into a round disk shape. Place a small amount of shredded chicken (maybe 2 tablespoons) into each biscuit with a little shredded cheese. Now, roll the biscuit around the filling like you are making an enchilada or burrito. Place each of these next to each other in a baking dish, sprayed with a non-stick spray. Cook according to the biscuit directions for time and temperature.

For the Sauce: Mix together 1 can of Cream of Mushroom Soup and a few tablespoons of sour cream. Heat in the microwave. Pour this sauce over your chicken roll-up after they come out of the oven. 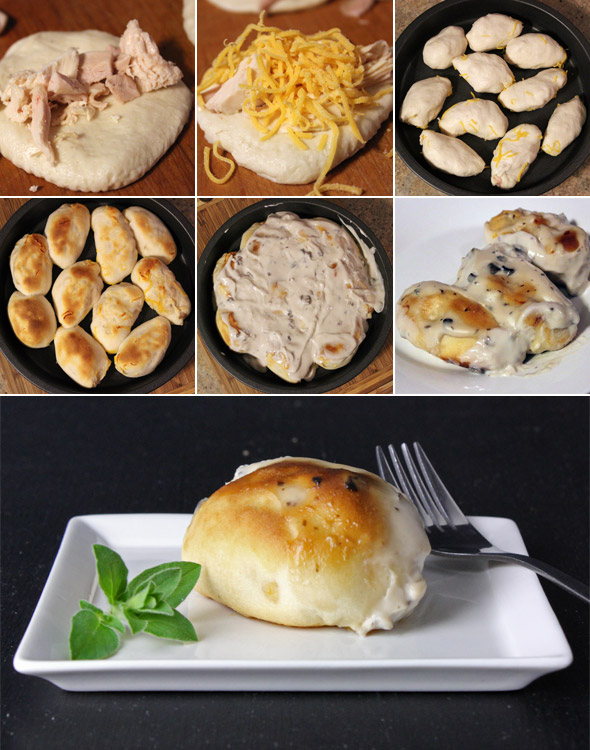 I've left the original cooking instructions intact as submitted, but the part about boiling a chicken seems a bit old school and probably a little overwhelming. I used rotisserie chicken. 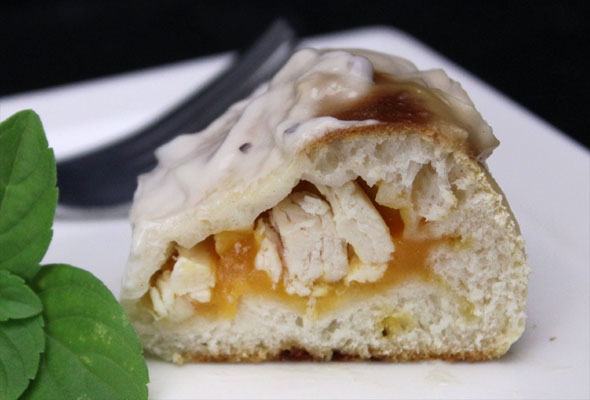 Yes, I know this sounds like supper, but its chicken and biscuits, which is breakfast anytime, for me.

Mr Breakfast would like to thank alowery for this recipe.


Comments About This Recipe
What do you think of Chicken Biscuit Roll-Ups?
Overall Average Rating = 5 (out of 5)
Based on 1 vote.

From netbreakfast123
Was really good.