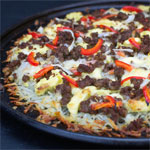 (6 servings)    Printable Version
This recipe is terrific... if you know what you're getting into. The flavors are fantastic. However, this pizza doesn't act like a pizza. You can't hold a slice without it breaking. You can carefully transfer slices to serving plates so it looks like a pizza, but you're going to need a fork to eat it. If I make this again, I will increase the the cheese to nearly 2 cups. I'd also increase the amount of butter drizzled over the potatoes to 1/4 cup to get more crispness throughout the crust. Overall, this was a fun and tasty breakfast with a little room for improvement. (This recipe was submitted in 2007. It was tested and photographed in January 2016.) 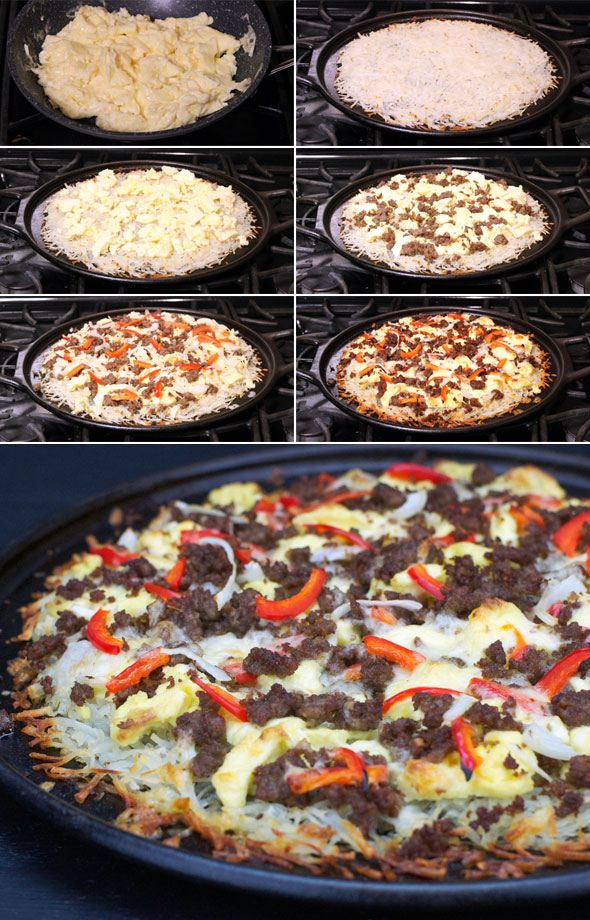 How To Make A Hash Brown Breakfast Pizza

Spread the thawed hash browns in an even layer on a 9 or 10-inch pizza pan. Drizzle evenly with melted butter. Pat down firmly with spatula to compact.

Bake hash brown crust for 25 minutes or until bottom is lightly browned.

Beat the eggs with the milk and a pinch of salt and pepper. Cook and scramble in a greased frying pan over medium heat until eggs are set but still moist.

Bake pizza for 20 more minutes until cheese is melted and blistered and crust is crisp and well browned.

Cut into slices and serve. 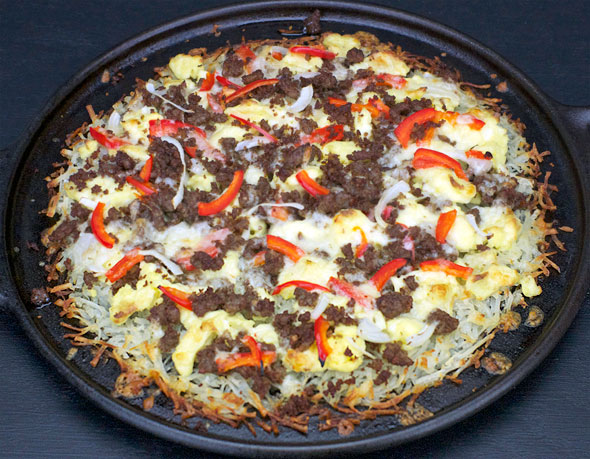 Instead of sausage, try using 10 ounces of cooked and crumbled bacon or 1/2 pound of diced ham. 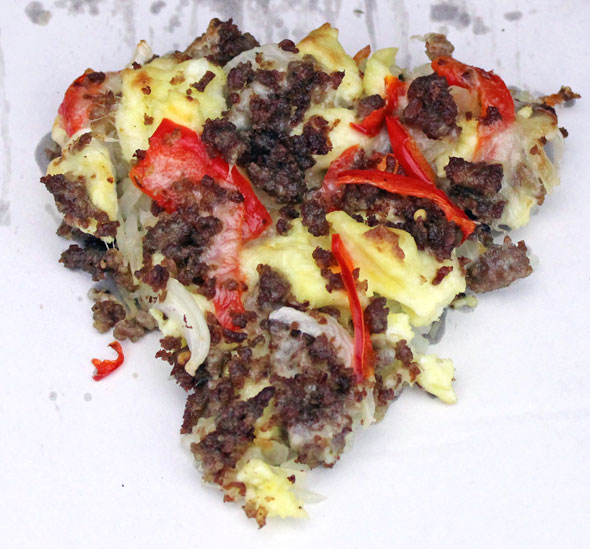 In this breakfast pizza, hash browns form a crispy, tasty crust. The toppings can be easily substituted to fit personal tastes.

Mr Breakfast would like to thank brekkiebaby for this recipe.


Comments About This Recipe
What do you think of Hash Brown Breakfast Pizza?
There are no comments yet for this recipe. Be the first! Was it good? Was it bad? Did you make it better somehow? Let the world know!