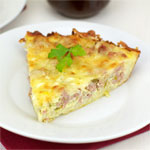 (4 servings)    Printable Version
The trick to making this recipe work is to drain as much liquid from the potatoes as possible - whether freshly grated or thawed frozen shredded potatoes. Make sure you par bake the potato crust. With those steps, the potato crust is crispy on the edges and firm on the bottom. A pie like this satisfies many breakfast cravings at once. You get you eggs, breakfast meat, cheese and a side of hash browns in every bite. I personally loved this recipe and found that it was still great the next day if you reheat it in a toaster oven (325 degrees) for 10 minutes. (This recipe was submitted in 2003. It was tested and photographed in October 2103.) 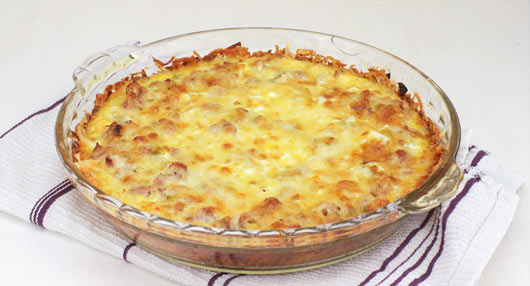 How To Make An Alabama Breakfast Pie

Mix together the first 4 ingredients in a medium bowl.

Thaw potatoes between layers of paper towels to remove excess moisture. Press potatoes into bottom and up the sides on a 9 inch pie plate drizzled with butter.

Bake this crust for 25 minutes or until lightly browned - cool on wire rack.

Cover with egg/milk mixture. Bake at 375 for 35-40 minutes or until set. Let stand for 10 minutes before serving. 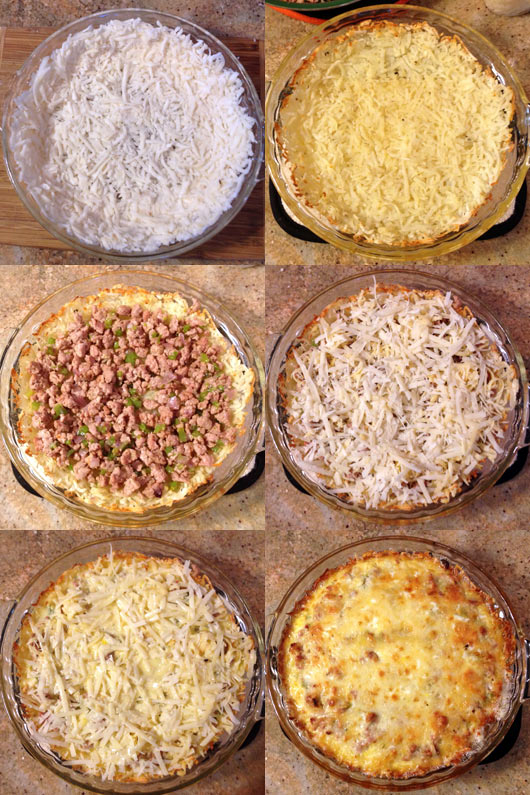 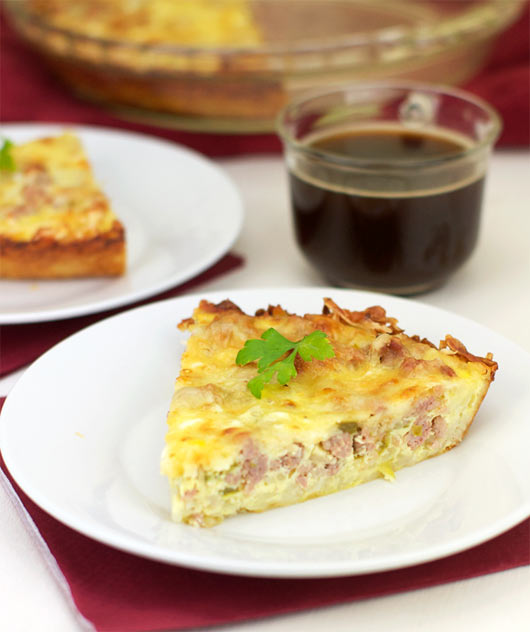 * 3 cups frozen shredded potatoes is roughly equal to 1/2 of a 30 ounce package from the grocery store.

I adjusted the recipe as originally submitted. I increase the number of eggs from 3 to 5 and the amount of milk from 1/2 cup to 3/4 cup. With those changes, it made a pie that fully filled a 9-inch pie plate. 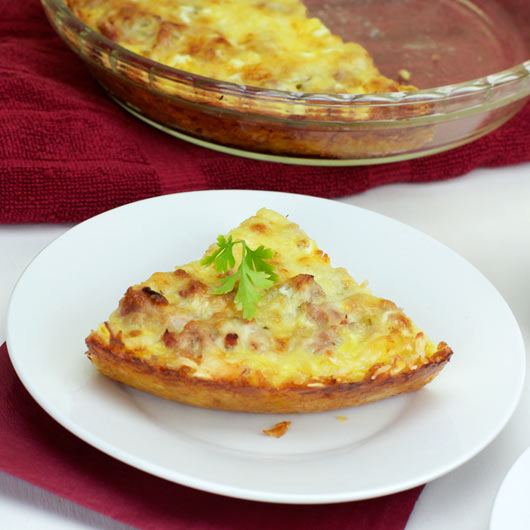 This recipe with a crisp hash brown crust was featured at the beautiful Bay Breeze Bed & Breakfast in Fairhope, Alabama.

Mr Breakfast would like to thank CellPhone for this recipe.


Comments About This Recipe
What do you think of Alabama Breakfast Pie?
Overall Average Rating = 5 (out of 5)
Based on 3 votes.

From Davie D.
Came out great (with spicy hot sausage)! Even better as leftovers later in the day. I left out the pimento (never have that around). But that was the only change I made.

From anng27 (Team Breakfast Member)
We left out the meat, added a bit of vegan Worcestershire and liquid smoke to the eggs, used non-dairy milk and cheese, olive oil in place of butter, and fresh potatoes. Next time we would salt the potatoes in addition to the eggs, and add in a few more spices. Yummy with guac on top. I can't imagine leaving leftovers of this!

From Rise2Shine (Team Breakfast Member)
Very good! Instead of ham we used sausage. I doubted that 3 eggs would be enough but it was -- we still had left overs. Wonderful and easy. Thanks from Colorado.