My spidey senses are tingling.  That’s because Kellogg’s just released limited edition The Amazing Spider-Man cereal to go with the release of the new movie.  This marks the 5th Spider-Man cereal to be made.  Four were produced as tie-ins with movie releases – three from Kellogg’s and one from General Mills.  One was made by the old Ralston company to correspond with an animated TV show.

Here they are from the most recent to the earliest.  Click the links to see special pages on MrBreakfast.com dedicated to each cereal. 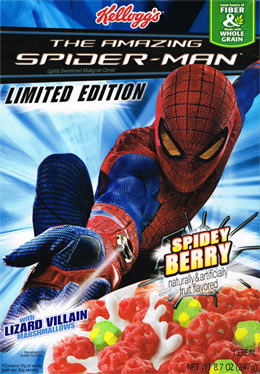 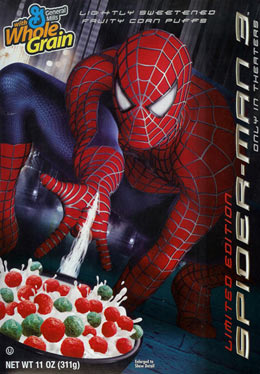 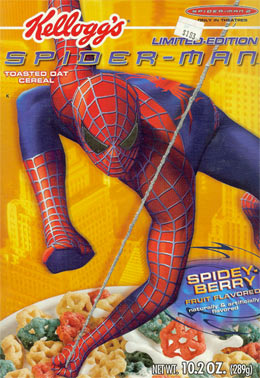 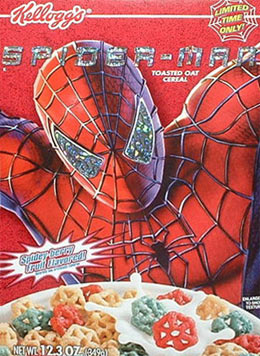 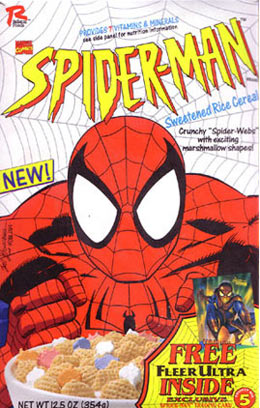