From the Beatles and Bob Dylan to Jacko and J-Lo, this is a collection of over 50 iconic images of rock stars eating breakfast. If you’ve ever wanted to see Keith Richards cook an egg or see Justin Bieber eat bacon, you’ve come to the right place. (I know… I don’t really think of Justin Bieber as a “rock” star either… but you’ve got to see the little dude devour bacon.) 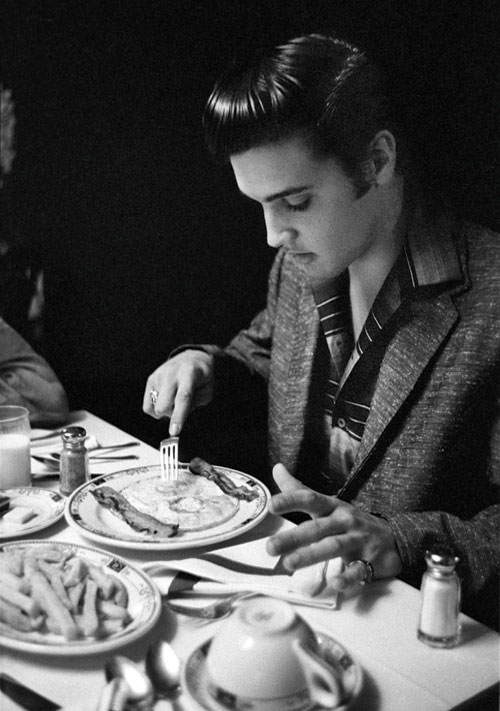 Elvis Presley having a breakfast of eggs, bacon and French fries in 1956 at the Jefferson Hotel in Richmond, VA. (Photo: Alfred Wertheimer) 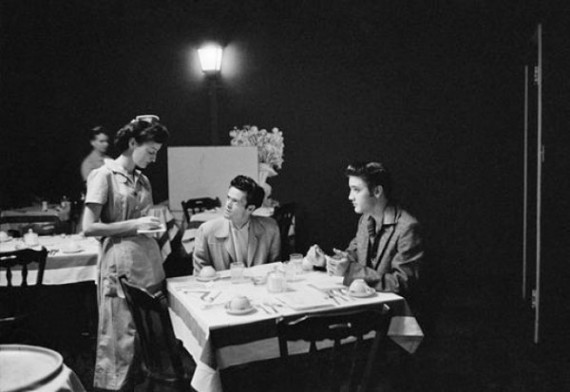 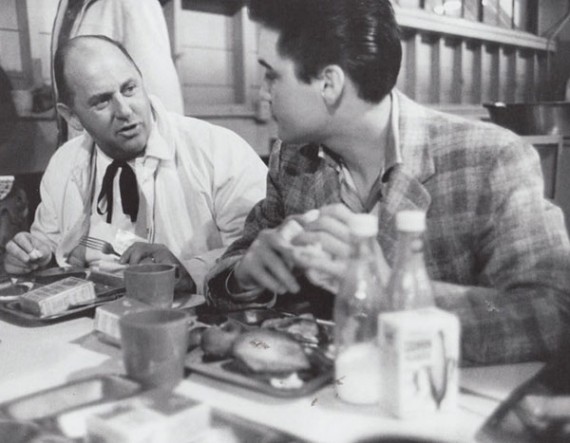 Elvis having breakfast with Colonel Parker at Fort Chaffee in March of 1958. 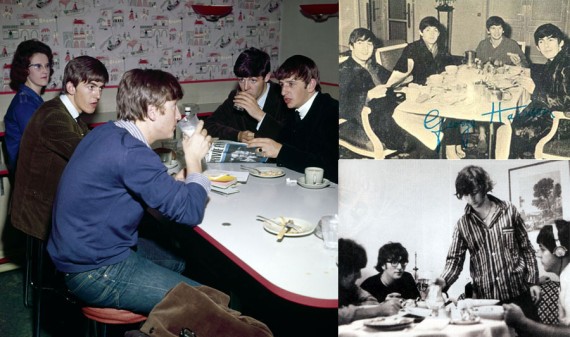 Three shots of The Beatles eating breakfast together. 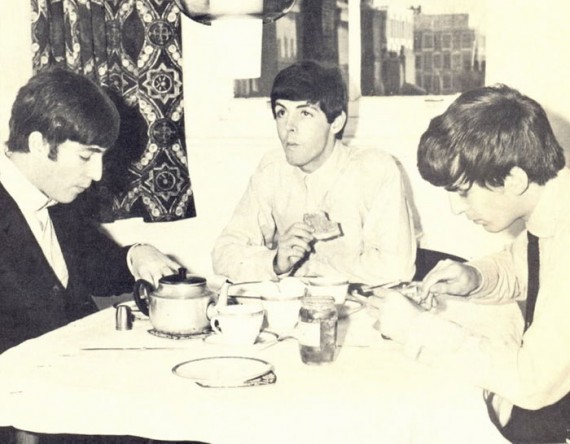 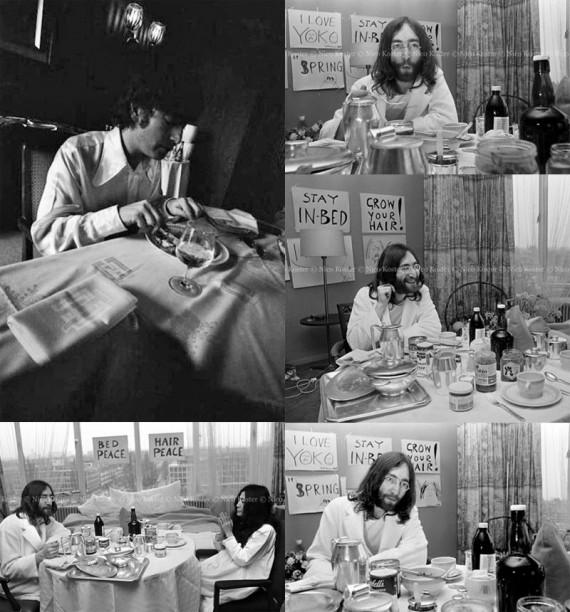 John Lennon eating breakfast in Tokyo in 1966 (Photo: Robert Whitaker) and four images of Lennon having breakfast in Amsterdam during his famous bed-in for peace in March 1969 (Photos: Nico Koster). 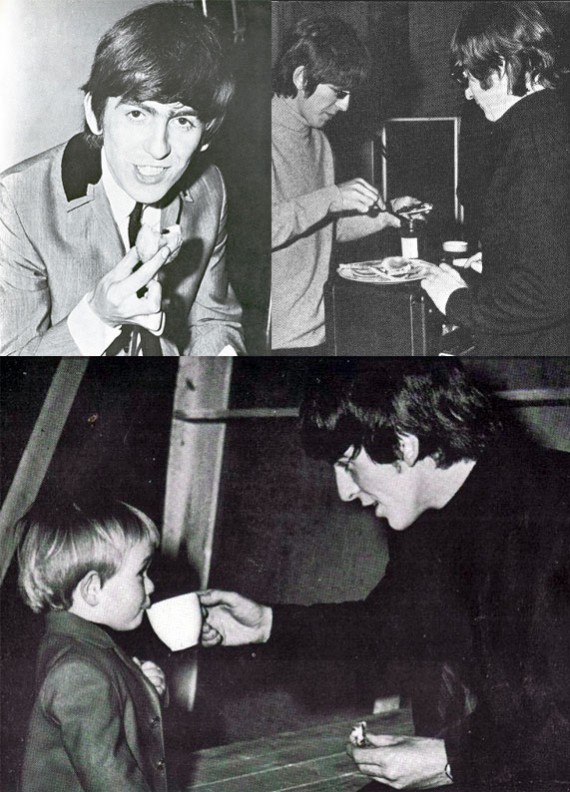 George Harrison eating a donut, spreading jam on toast and sharing coffee with a minor. 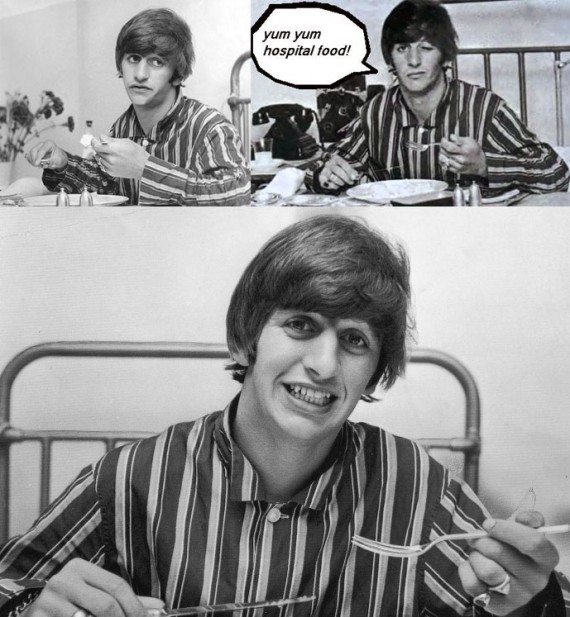 Ringo Starr having breakfast in the hospital in 1964. 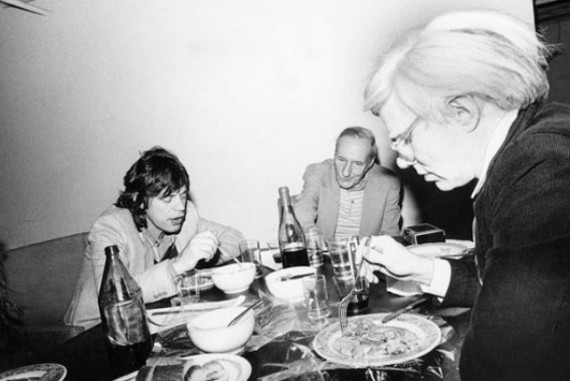 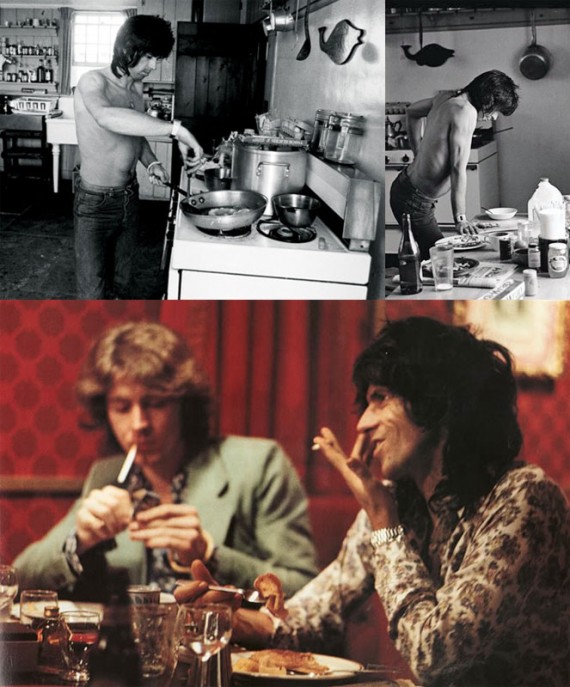 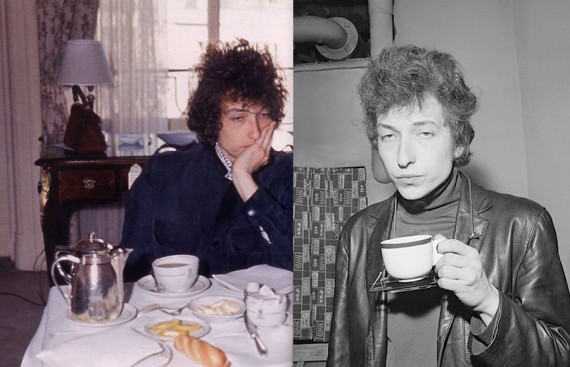 How does a sleepy Bob Dylan perk up in the morning? The answer, my friend, is… coffee. 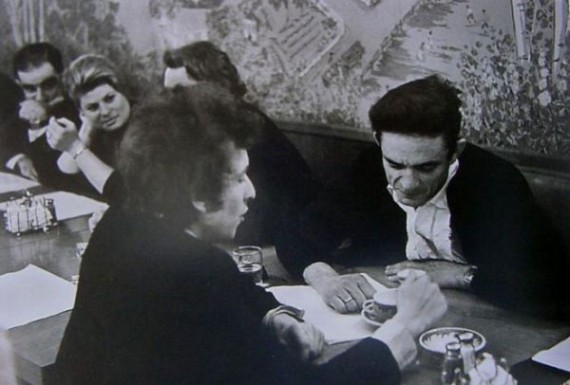 Bob Dylan in a diner with Johnny Cash. Dylan’s coffee suggests they may be about to have breakfast. 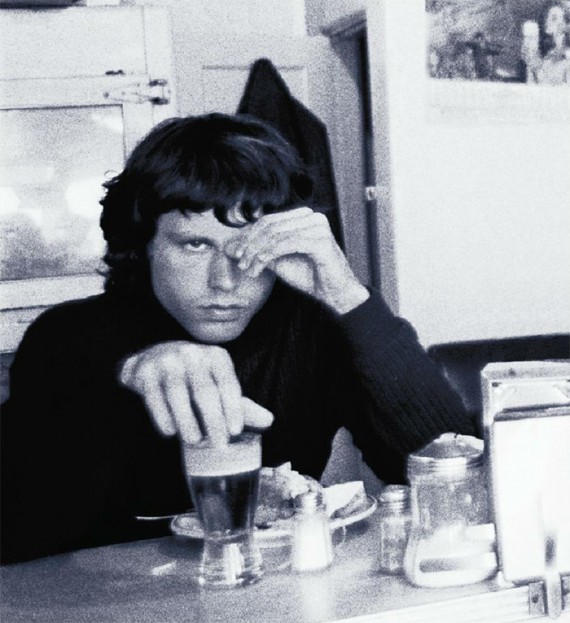 Jim Morrison (The Doors) having Huevos Rancheros and beer for breakfast at the Lucky U restaurant in West Los Angeles in 1967. (Photo: Bobby Klein) 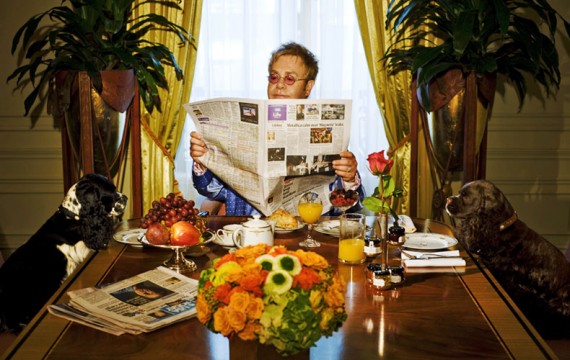 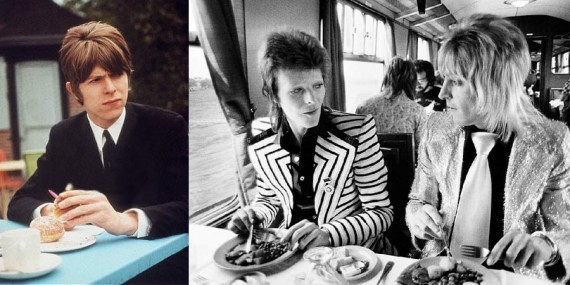 David Bowie eating a donut early in his career and having a full English breakfast (I think) on a train with Mick Ronson in 1973. 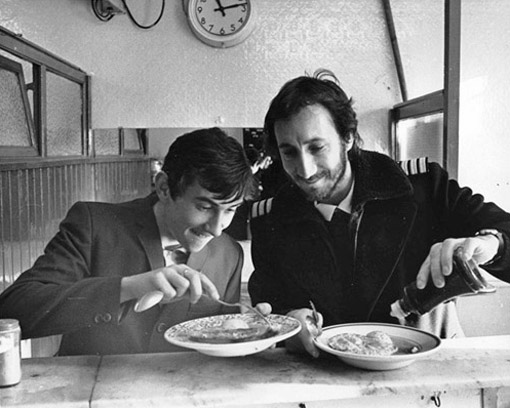 Pete Townshend and Keith Moon of The Who enjoying what appears to be pancakes or waffles. (UPDATE: It’s been pointed out in readers’ comments that the guy on the left is actually Phil Daniels, an actor from the film Quadrophenia.) 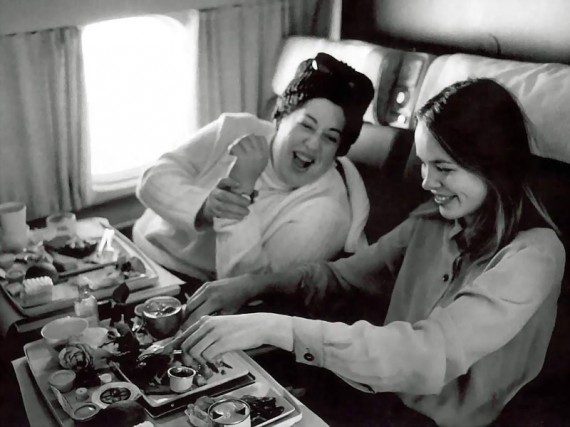 “Mama” Cass Elliot and Michelle Phillips of The Mama’s And The Papa’s having some in-flight breakfast and a few laughs. 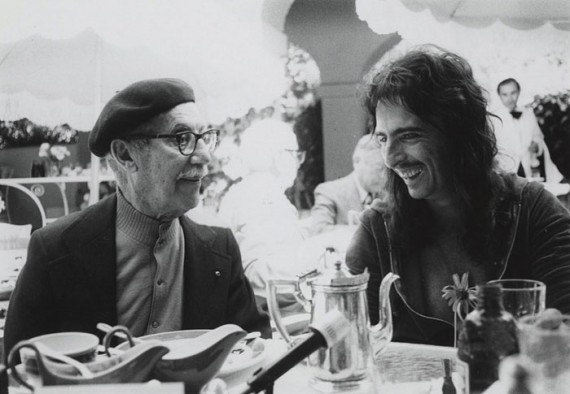 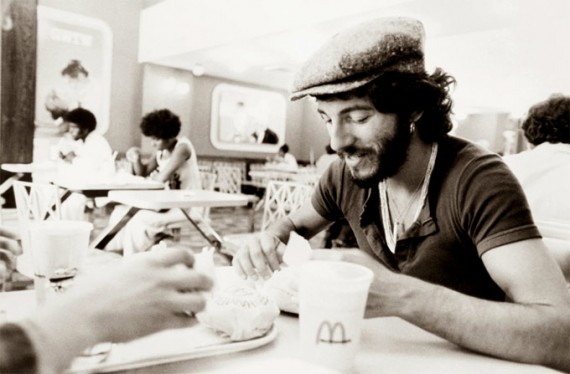 Bruce Springsteen at a McDonald’s in New Orleans in 1975. Could it be that he’s eating an Egg McMuffin? Probably not, but one can dream. (Photo: Barbara Pyle) 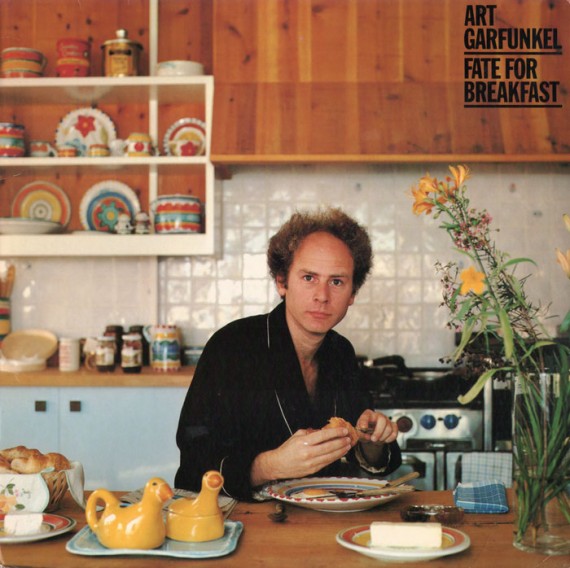 Art Garfunkel (of Simon & Garfunkel) is shown having breakfast on the cover of his 1979 solo album Fate For Breakfast. Fate? Looks like a croissant and a sunny-side-up egg to me. (Photo: Edie Baskin) 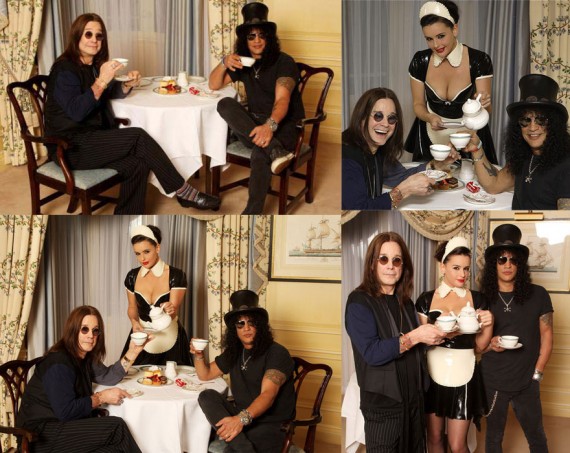 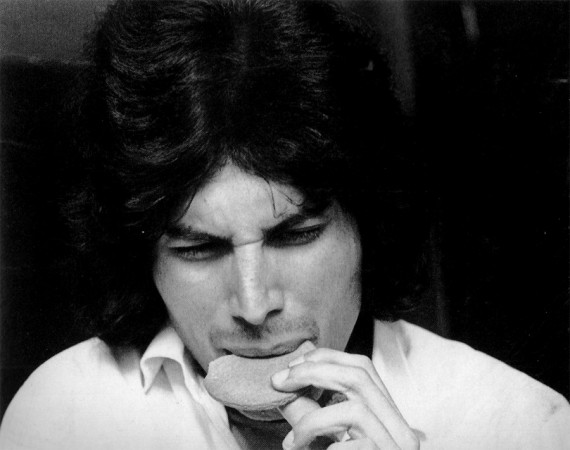 In all likelihood, Freddy Mercury of Queen is just eating a biscuit (British cookie) in this picture. I really like Queen and wanted to include a picture. So let’s assume that it’s a Quaker Breakfast Cookie or a BelVita breakfast biscuit. This photo was taken at the Ealing College of Art around 1969.

“The Corn Flakes Series” by photographer Bobby Grossman. Here we see David Byrne of the Talking Heads, Debbie Harry of Blondie and David Johansen of The New York Dolls. 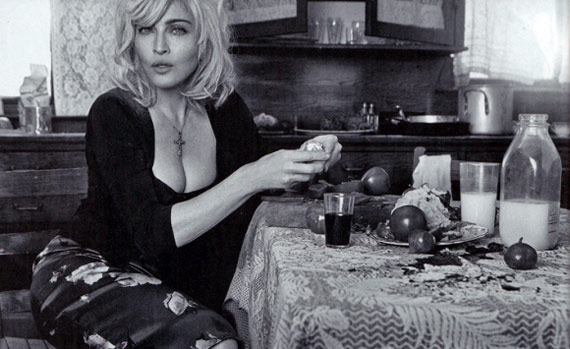 Madonna seductively peeling fruit in a low-cut top perfect for a relaxed morning breakfast or an afternoon brunch with friends. (Photo: Steven Klein) 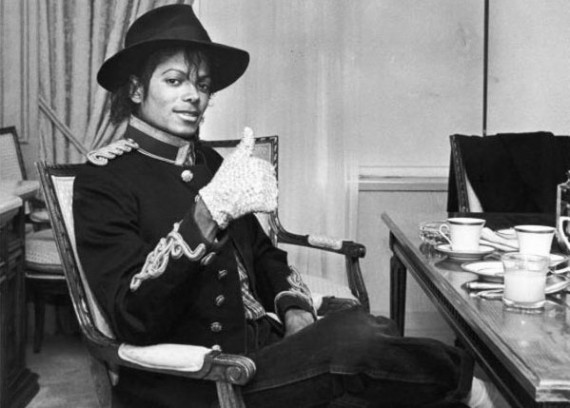 Michael Jackson gives a thumb-up to breakfast circa 1984. 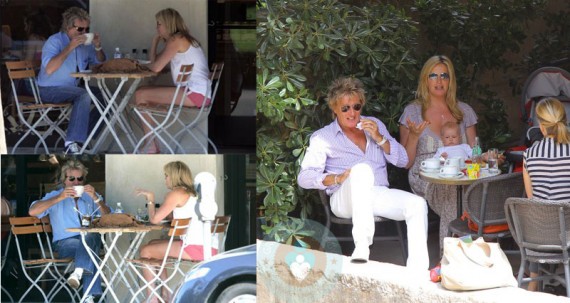 Rod Stewart enjoying breakfast at Le Pain Quotidien in Studio City, Los Angeles (more) and having coffee and croissants with his family on the French Riviera (more). 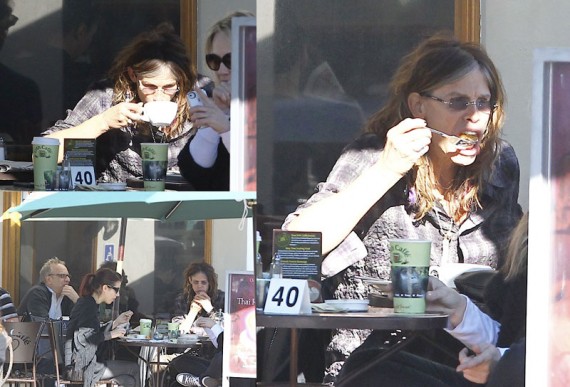 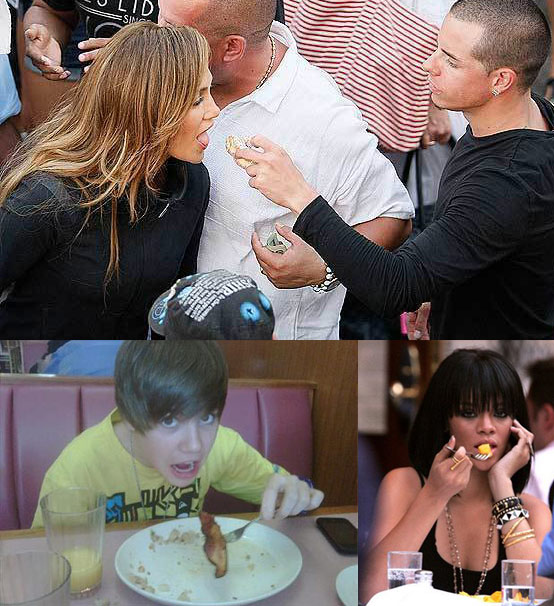 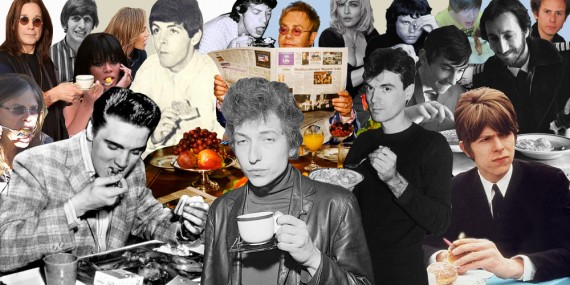