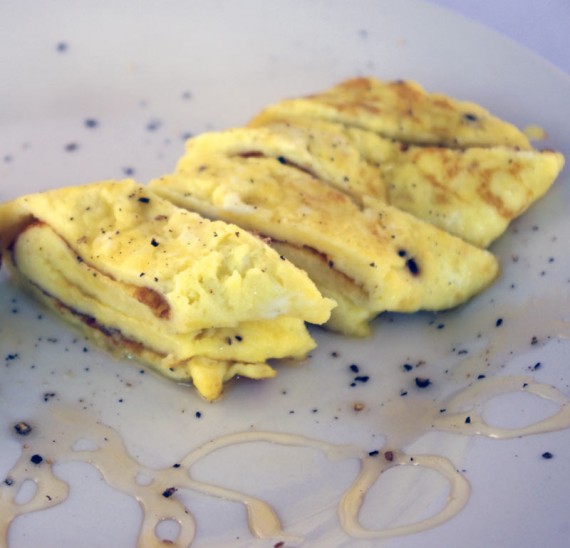 The first omelette recipe ever recorded comes from an ancient Roman collection of recipes called the Apicius.  Dating back to the 4th Century AD, the recipe called Ova Spongia Ex Lacte can be translated to “Honey Omelette”.  I like to call it a Honey & Black Pepper Omelette because it sounds hipper and I can pronounce it better. 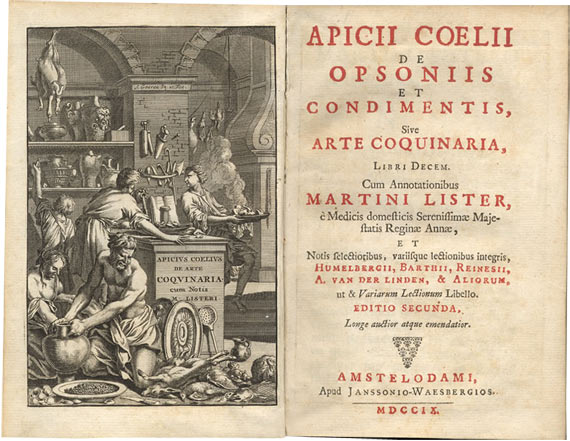 Here’s how the recipe appeared in the ancient text:

That roughly translates to:

Four eggs in half a pint of milk and an ounce of oil well beaten to make a fluffy mixture. In a pan, put a little oil and add the egg preparation without letting it boil. When one side is done, turn it out to a platter. Fold it, pour on honey and sprinkle with pepper. 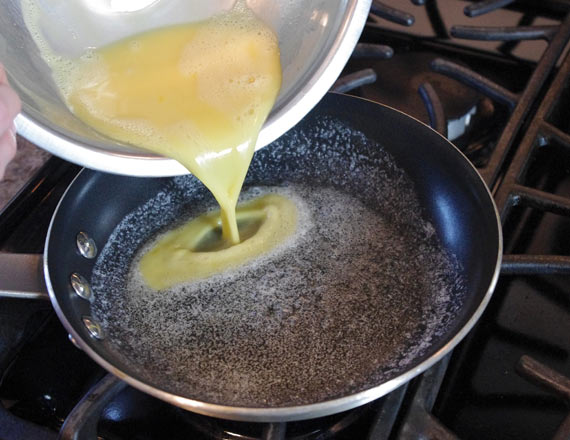 For my version, I tried to stay true to the original but the milk to egg ratio was too high for my tastes.  I also eliminated oil within the egg mixture and modernized the cooking technique.  Here’s my recipe for the world’s first known omelette:

In a medium mixing bowl, beat the eggs with the milk until well combined.

Melt the butter in a large frying pan over medium-high heat. As the last bit of butter is melting, pour in the egg mixture.  Let it set for 20 seconds and then start lifting the edges with a spatula so uncooked egg flows to the cooking surface.  When the egg is nearly set but still glossy on top, flip the omelette in the pan and cook the other side for 15 seconds.

Turn the omelette onto a platter, folding it in half with the lip of the pan as you slide it out.  Drizzle honey over the top and fold the omelette in half again.  Top with more honey and a generous amount of black pepper.  Slice and serve. 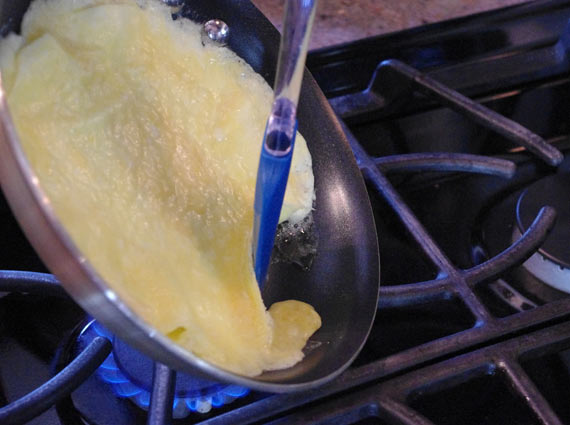 It might sound weird having honey on an omelette, but it actually tasted great.  The honey contrasts with the warmth of the pepper to create a unique flavor.  It’s sort of like how every chocolatier is adding sea salt to their truffles lately. 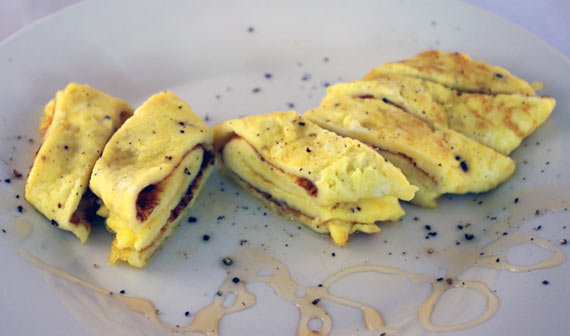 So, that’s our omelette lesson for the day.  If you’d like to learn more about omelettes, check out The Omelette Collection at MrBreakfast.com.

Have a great breakfast tomorrow!