Today, we’re making two kinds of Breakfast Cereal Valentine’s Treats.  The first is classic Rice Krispies Treats in the shape of a heart (with several decorating options).  Next, we’ll apply the technique of making Rice Krispies Treats to any other cereals you might have lying around the house. 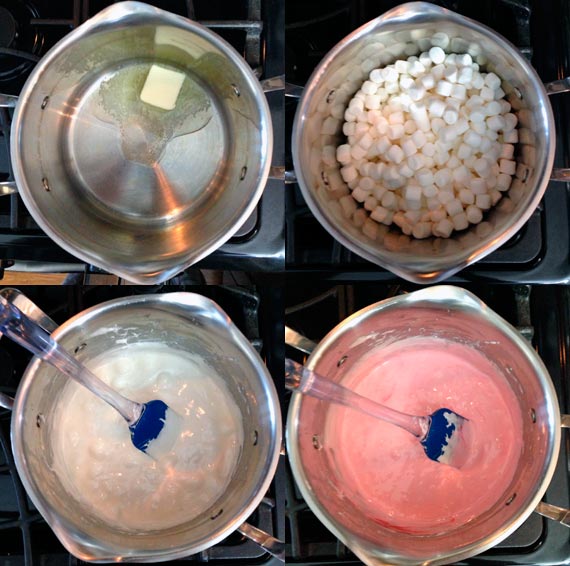 You start with the Classic Rice Krispies Treats Recipe. Melt about 3 Tablespoons of butter in a large saucepan over low heat.  Add a 10-ounce bag of marshmallows and stir until they’re completely melted.  At this point, I added 2 drops of red food coloring so my final treats would have a pink hue. 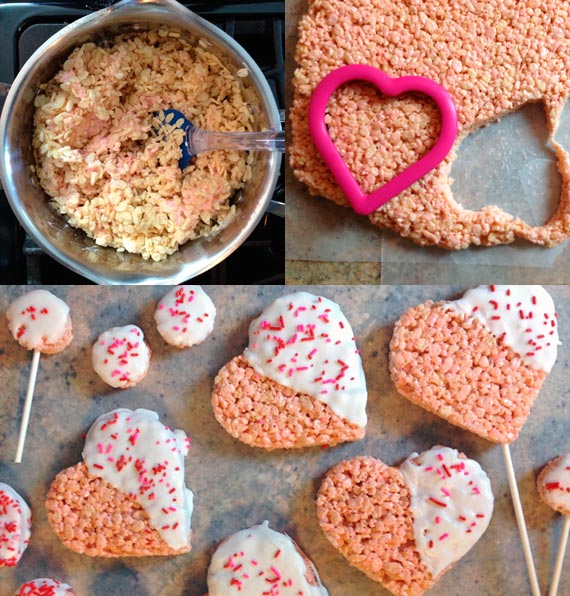 Take the pan off the heat and add the Rice Krispies.  Mix it up really good.

Lay out a big piece of wax paper.  Turn out the Rice Krispies mixture and mold it into a rectangle about 10 x 12-inches.  Let this set and firm up for about 20 minutes. Use a heart-shaped cookie cutter to cut out heart-shaped treats. 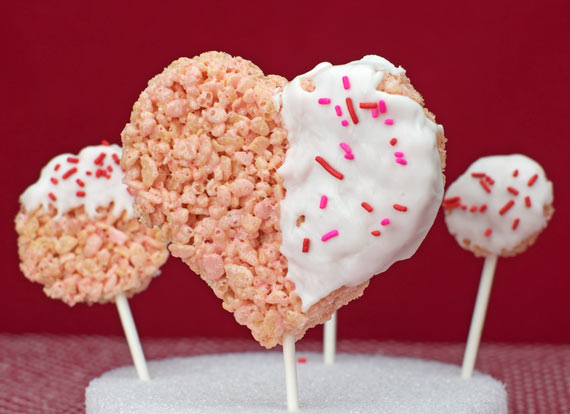 I used a reliable donut icing recipe to make icing for the treats.  It’s just 2 cups of powdered sugar, a teaspoon of vanilla and enough water or milk so that an icing forms when stirred (usually just 3 or 4 Tablespoons of liquid).

Dip part of each treat in the icing and then sprinkle with jimmies or small candies like Red Hots.

Other decorating ideas you might try: 1) Use icing to drizzle words on the hearts like “Be Mine” or someone’s name;  2) Embed one of those conversational heart candies in each of the treats; or 3) Stick a stick in each heart to make Valentine’s Cereal Pops. 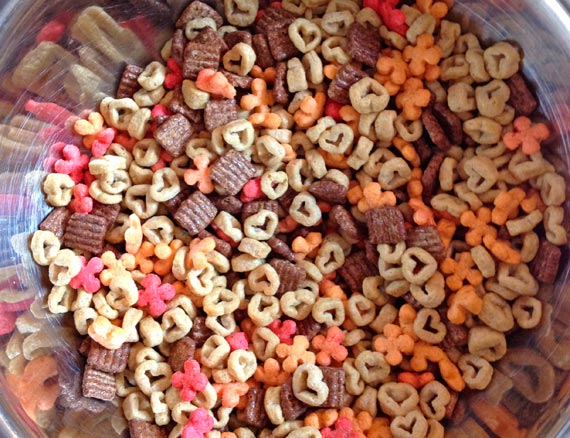 Once you know the recipe for Rice Krispies treats, you can start using other cereals to make super unique Valentine’s treats.

I randomly grabbed some Whole Hearts, Cinnamon Jacks and FiberOne 80 Calories Chocolate Cereal for a Valentine’s Day treat made with love and fiber.

The marshmallow mixture is exactly the same.  I used about 5 and 1/2 cups total cereal and the treats held together wonderfully.

For these, I thought a chocolate icing might be a little more apropos. So, I took the icing recipe mentioned above and just added 1/2 cup of chocolate chips that were melted with 1/3 cup warm milk and used that for the liquid component of the icing. 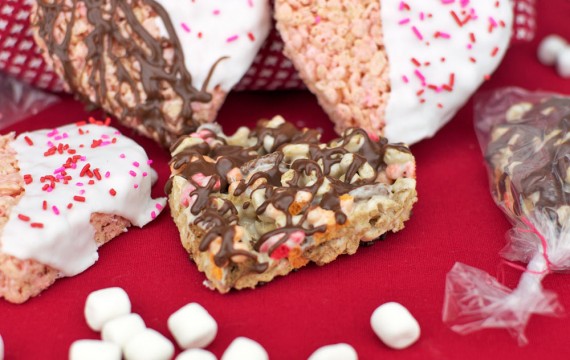 That’s all there is to it.  If you’ve got a couple marshmallows and a half-empty box of cereal, you can make somebody’s day! 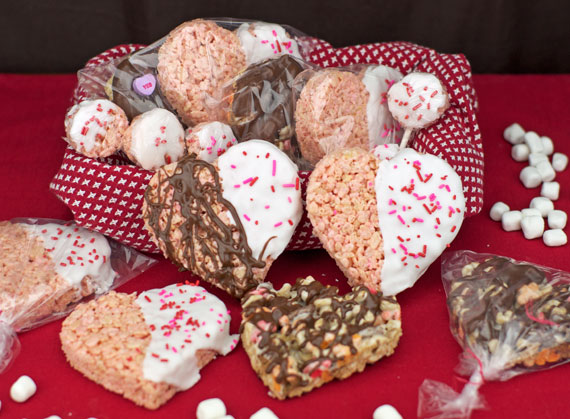 Rice Krispies Treats can actually be frustrating to prepare.  They’re sticky and there’s usually a moment after you combine everything where you’ll worry the treats will never form a cohesive shape.  Don’t worry.  Have “heart” – it works 97% of the time, even if your marshmallow to cereal ratio is off.

To avoid frustration, make sure that your pan is quite large. If you don’t have a big sauce pan, mix the melted marshmallows and cereal pieces together in a large mixing bowl.

To get a nice pre-cut block of treats to work with, I’ll usually transfer everything to a 13 x 9-inch baking pan and then invert the pan onto waxed paper.  This gives you a starter-rectangle to work with.  Use another large sheet of wax paper on top of the cereal block to press the ingredients to the dimensions you want.  Everything will be sticky, but the wax paper will help considerably.

Have a couple small biscuit cutters standing by.  The treats won’t work like a dough where you can clump the remnants back together. I was able to get six 4-inch hearts from each batch and also eight small round treats (which worked great for pops). 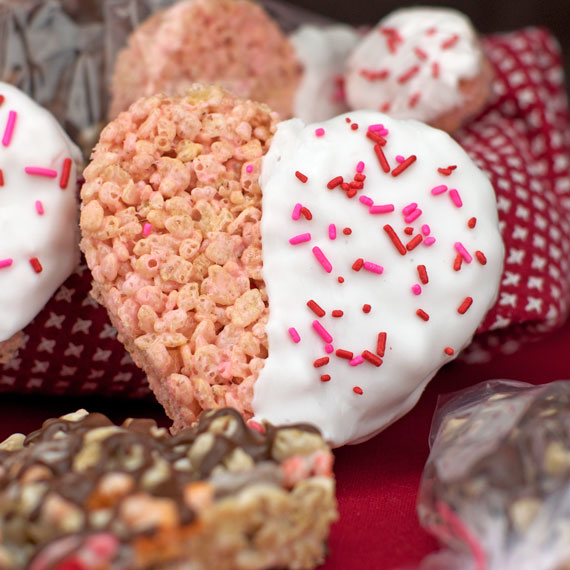