How To Make Donuts In The Microwave

If you’ve been on social media in the last year, you’ve probably encountered enticing, single-serving, microwave recipes for brownies, cakes and other desserts. They usually look amazing and always promise to be fast and easy.  I went to baking school, but I still became temporarily obsessed with the idea of making my favorite desserts in minutes in the microwave.  I tried several of the recipes and they we’re mostly satisfactory, if not stellar.

Throughout this quick-fix phase, I pondered how I could make a satisfying donut in the microwave.  I tweaked and tested recipes until I came up with a microwave cake that tasted similar to a chocolate cake donut.  Coming up with the recipe was the easy part.  Making a donut out of it was another matter.

I played with thicker batters piped in the shape of donuts.  That didn’t work.  The batter fused together in what was supposed to be the hole.  Plus, the cake was too dry from having to add extra flour.  I knew I had to find a way to stick to the recipe I liked, yet still create a donut shape.

Having no luck, I decided to drink my troubles away.  I was pouring bourbon into a shot glass to make a Manhattan.  The answer was in my hand.  I took the shot glass and rested it in a glass cereal bowl.   There it was… a donut mold.

I whipped up another batch of the cake batter, greased my makeshift mold and gave it a try.  It worked!  I realized on subsequent attempts that works best if the shot glass is right-side-up in the bowl with the smallest part of the glass touching the bowl. 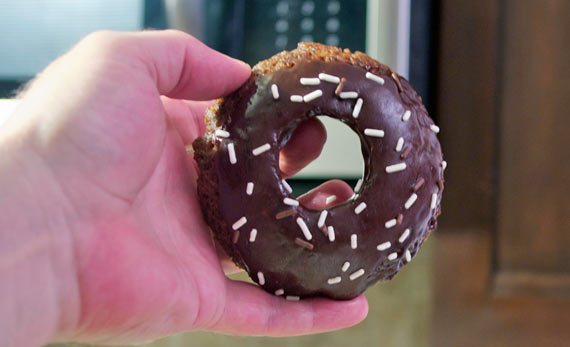 In a reality, these donuts are just cakes in funny shapes.  But isn’t that what donuts are?  They need icing to make them really feel like donuts.  Without icing, they look kind of like sad, little, porous Bundt cakes.  But once you add icing, you get the donut experience.  At least, you get the best donut experience you can get in a couple of minutes from your microwave.

Everything you need to know is on the recipe card above, but I’ll go into detail below in case you want further explanation on those purposefully simplistic instructions. 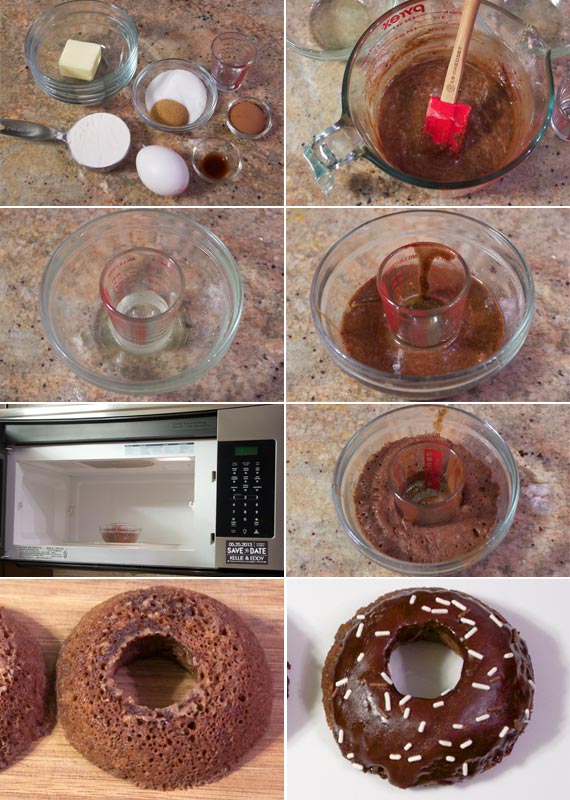 How To Make Microwave Chocolate Donuts

You will need a microwave-safe, small bowl with a rounded bottom (with about a 4 and 1/2 inch top diameter),  a standard glass shot glass and a mixing bowl.

In a medium mixing bowl (I like to use a big measuring cup with a pour spout), beat the egg.  Add the sugars and vanilla and whisk to combine.  Add the flour and cocoa powder and stir gently with a spatula until mostly moistened and combined.  Pour in the melted butter and continue stirring until fully combined.

Pour half the batter in the bowl around the shot glass.

Microwave on high for 60 seconds.

Remove the shot glass.  When the bowl is cool enough to handle, invert it to release the donut.

Clean the bowl and shot glass.  Re-spray with cooking spray and use remaining batter to make the second donut.

Sprinkle with powdered sugar or apply icing as desired. 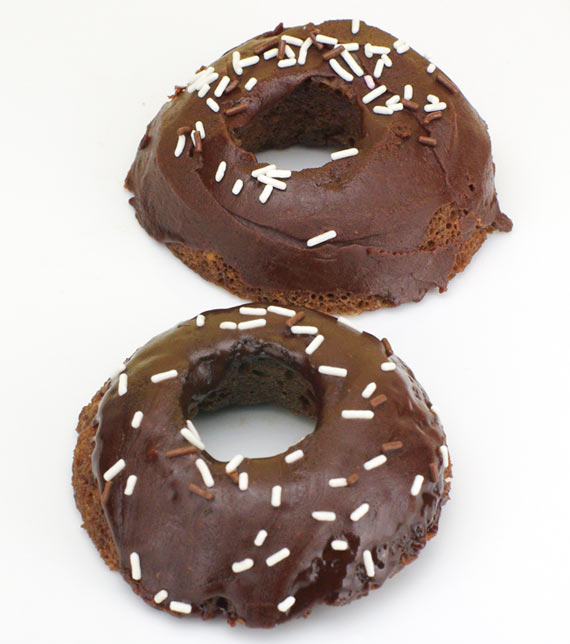 I like to melt the butter in the small bowl I use for the donuts and then swirl it around to grease the bowl instead of using cooking spray.

When preparing the batter, allow melted butter to cool slightly so it’s not hot enough to cook the egg.

In the picture above, you can see that the front donut was dipped in icing and the back donut had its icing applied with a spatula.  The dipped donut looks more like a donut from a donut shop.

How To Make Microwave Chocolate Icing

Melt the butter in a microwave-safe bowl by microwaving for about 20 seconds (I wipe out my donut bowl and use that).  Add all remaining ingredients and stir to combine. Microwave on high for 30 seconds (mixture will bubble).  Stir and microwave 30 more seconds.  Stir and then ice the donuts either by dipping the donuts in the warm icing or by applying the icing with a spatula.  Add any sprinkles or other decorations immediately after icing. 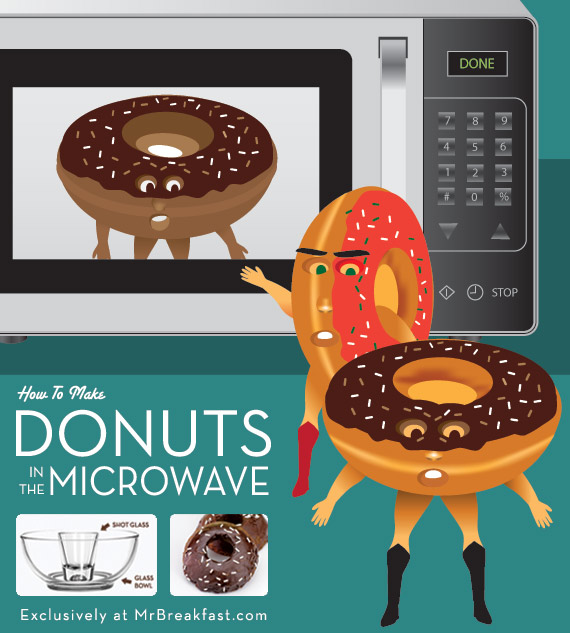 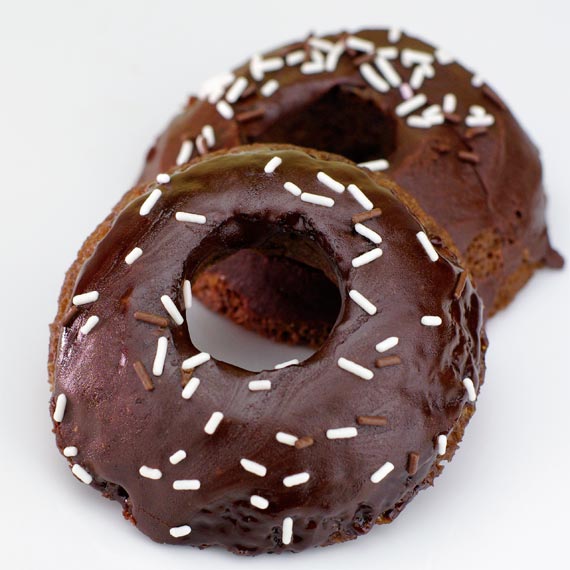