This Flop Is A Hit

This is a coffee cake I make called a Cinnamon Flop.  I love the recipe because it uses stuff I always have around the house. Brown sugar, cinnamon and butter are mixed together and sprinkled on top.  As the coffee cake bakes, that topping starts to melt and sink into the batter so that each piece has sweet, cinnamon-brown streaks of flavor. 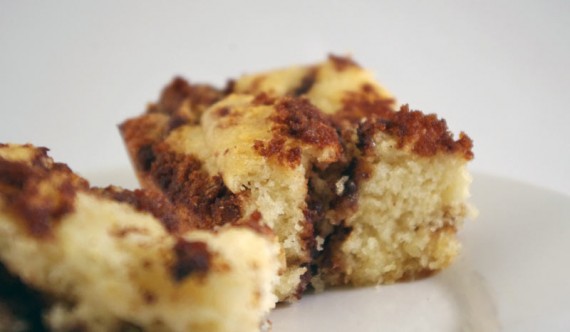 Homemade coffee cakes are the best.  Of all the breakfast baked goods, you get the biggest payoff for the least amount of work. This one is so easy that it’s called a “flop”.  That is to say, you basically flop or plop all your ingredients in a pan and bake it.

“A compromise is the art of dividing a cake in such a way that everyone believes he has the biggest piece.” – Ludwig Erhard 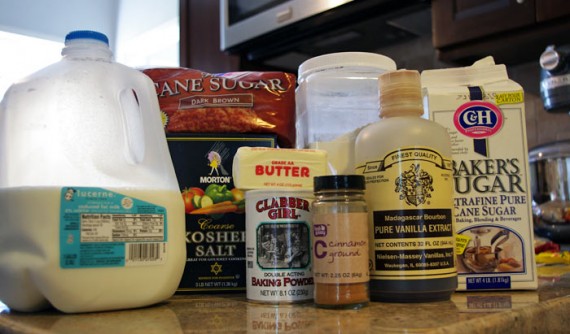 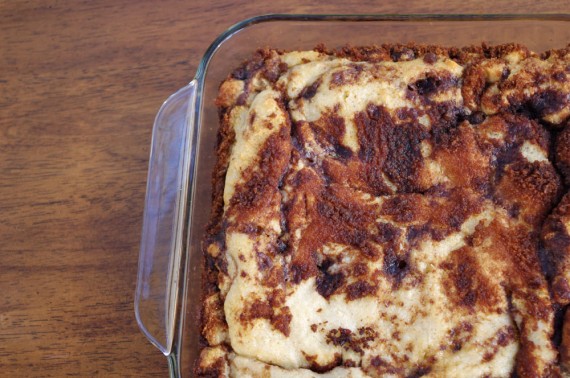