The United Kingdom’s Daily Mail Newspaper recently revealed what Olympic superstar swimmer Michael Phelps has for breakfast.  If there were Olympic medals for dreamy breakfast consumption… firstly, I’d enter the Olympics.  Secondly, Michael Phelps would win.  For those of us who get full from a bowl of cereal and feel fat from a breakfast sandwich, get ready to be jealous.

As reported by the Daily Mail, this enormous breakfast is just part of daily diet that clocks in at 12,000 calories.  For lunch, Phelps enjoys pasta with ham and cheese sandwiches.  For dinner, pizza of course.

While Phelps takes breakfast to the extreme, it should be noted that eating a responsible breakfast everyday has been proven to help people maintain a healthy weight (National Weight Control Registry Study) and revitalize tired muscles (University of Texas Study).  Click here for a ton of other studies on the benefits of breakfast.

If you’re not about to swim 100 laps, I’d recommend that you eat just until you feel satisfied.  Or if desired, eat breakfast like Michael Phelps and we’ll see you in the Olympics of Obesity. 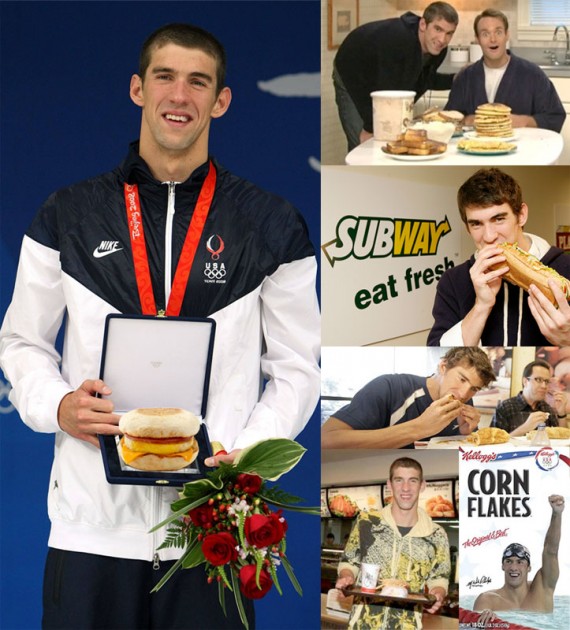